Even though the show is called “The Bachelorette,” season 19 will be different because there will be two women looking for love instead of just one. Yes, the two runner-ups from season 26 of The Bachelor are also in this new episode of the series.

Since there are now two people looking for love, fans should expect more of the usual Bachelorette shenanigans. There will be twice as much love, twice as many heartbreaks, and twice as many “Oh my gosh!” moments. Oh, and we can’t forget to mention that this season, twins are actually competing for love.

Here’s what we know about season 19 of The Bachelorette.

A Premise of The Bachelorette Season 19

ABC gives this summary of what will happen in the next season of The Bachelorette:

“Gabby Windey and Rachel Recchia are fan favorites and strong women. In the season 26 finale of The Bachelor, they stood by each other’s sides when they both broke up with their boyfriends. Now, as they try to find love, they are again there for each other. The next season of The Bachelorette, number 19, will feature both of them. Jesse Palmer will return as the show’s host.”

Host of The Bachelorette Season 19

For the 19th season, Jesse Palmer is the host. Palmer has worked as a host in the past. He used to play football for the New York Giants, and he also went on The Bachelor. Palmer was the official host of season 26 of The Bachelor. He took over from Chris Harrison, who had been the host for a long time. He has also been on Good Morning America more than once as a special guest.

More About Season 19 of The Bachelorette

All contestants and crew members had to have had the full COVID-19 immunization series and carry an up-to-date vaccination passport in order to take part.

Competitors like NHRA drag racer Jordan Vandergriff, Roby Sobieski, who is the brother of the artist and former actress Leelee Sobieski, Zach Shallcross, who is the nephew of actor Patrick Warburton, and Kirk Bryant, who is an assistant football coach at Texas Tech University, are well-known.

The set for Season 19 of “The Bachelorette” was the cruise ship Valiant Lady, which was owned by Virgin Voyages. Filming is said to have taken place in Bruges, Amsterdam, Le Havre, and Portsmouth. The season started later than May for the second time in three years so that ABC could cover the NBA Finals and Stanley Cup Finals.

Who Is in The Bachelorette Season 19?

Gabby, who is 31, and Rachel, who is 26, are both trying to find love. Jesse Palmer is back as the show’s host. After being on Season 5 of “The Bachelor,” he was asked to host Clayton’s controversial journey this year.

Now, he’ll be there as Gabby and Rachel meet the guys and get to know them. The 32 men in the cast range in age from 23 to 36, and they all have different jobs, hobbies, and interests. The cast was announced on June 7.

Brandan, a 23-year-old bartender from Carlsbad, California, loves Disneyland a lot, while Colin, a 36-year-old sales director from Chicago, Illinois, used to breakdance when he was in high school. There’s also a set of twins from Brookfield, Connecticut, named Joey and Justin Y., who are both 24 and like go-karting and salsa dancing, respectively.

Roby, a 33-year-old magician from Los Angeles, California, is another interesting cast member. According to his bio, he wants to live in a house with secret rooms. The job title for James, a 25-year-old from Winnetka, Illinois, is “meatball enthusiast.”

Even though there are no pilots, which is Rachel’s job and passion, there is someone who likes dogs as much as Gabby does: Ryan, who is 36 and lives in Boston, Massachusetts, wants to open his own dog shelter one day. Her bio says, “Whatever man wins Gabby’s heart must have room in his life for her four-legged friend, Leonardo because she and Leonardo are a package deal.” He might catch her eye.

It’s their journey and they’re calling the shots. #TheBachelorette is now available to Stream on Hulu! pic.twitter.com/ENq3S7OrcZ

Will Season 19 of The Bachelorette Have Any Drama?

It’s impossible for a new part of the series to happen without some kind of drama. When more than 30 people are trying to get the same person to like them, things tend to get rough. Many fans worry that “The Bachelorette” will hurt Gabby and Rachel’s friendship, even though the men are sure to get angry with each other. What if they are both interested in the same guy?

@BarstoolFran wrote this on Twitter: “Gabby and Rachel are both great people, but there’s no way this won’t turn them against each other. Every guy is going to be asked, “Who do you like more? “”

Producer Mike Fleiss answered in a mysterious way, “Not true! You’ll see…” While filming was going on in April, Fleiss also tweeted a picture of the two of them smiling at dinner. He told his fans, “See, there’s no drama. Just two friends helping each other find true love.”

At this point, it is still not clear how the season will go. It might be like “Double Shot at Love with DJ Pauly D & Vinny” on MTV, where the “Jersey Shore” guys dated the same group of women.

But because they liked different things, it worked out well. There’s also a chance that Gabby and Rachel could each have their own suitors. Fleiss said that it didn’t matter what the format was, “This double Bachelorette thing is working great!!!”

The Bachelorette 2022 Season 19 will get its official start on July 11, 2022. The first episode will air at 8 p.m. Eastern Time on ABC. On Mondays, the channel is supposed to show brand-new episodes.

Trailer of The Bachelorette Season 19 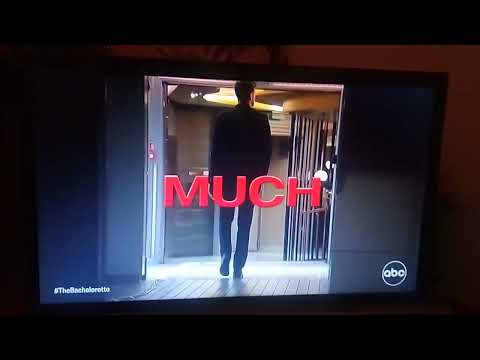 Where Can I Watch Season 19 of The Bachelorette?

Season 19 of The Bachelorette is a reality show on ABC, so you can watch it live on ABC. Aside from that, you can stream live episodes on DirecTV, Fubo TV, and YouTube TV. You can also stream it on Apple iTunes and Amazon Prime Video.

Who Is Going to Be the Next Bachelorette in 2022?

To Whom Did Gabby Give a Rose as a First Impression?

Cool! By the end of the night, which in Bachelorette terms is around 6 a.m., Gabby seemed to like a 31-year-old personal trainer from Illinois named Mario. Even though they didn’t talk much, they kissed, and she gave him the rose that was her first impression of him.