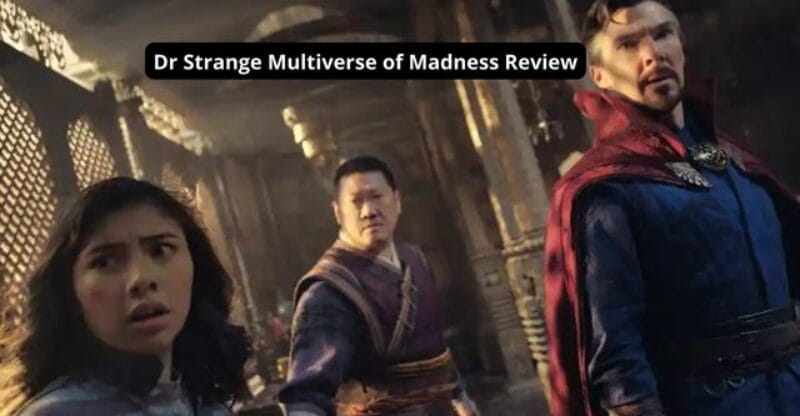 Here you will find information about  Dr. Strange Multiverse of Madness Review.

The on-screen wizardry of Doctor Strange in the Multiverse of Madness was a lot of fun to make. Humour film of Benedict Cumberbatch and Elizabeth Olsen’s funny blooper moments released from the Marvel movie, which hits digital June 22.

Olsen; 33; cracks a smile while pretending to be serious as Scarlett Witch in one scene. During many takes; what looks to be leaves and debris fly into her face as she is hoisted through the air with wires.

After the departures of Captain America and Iron Man, played by Chris Evans and Robert Downey Jr., respectively, the film is directed by the legendary Sam Raimi and contains a slew of new characters.

What The Audience Needs To Know Before Watching  Dr. Strange’s Multiverse of Madness

Following its predecessor’s introduction of a new cast of MCU characters; in this sequel, the audience must have watched “WandaVision” to completely comprehend the story. Additionally, there are numerous allusions to “Marvel What If..?”, some of which are quite significant, so prospective viewers should prepare ahead of time. Using this strategy, Disney has found a way to bridge the gap between Disney+ and the movie theatre. Which, in the opinion of some, sacrificed important creative directions.

“Multiverse of Madness” is believed to be the MCU’s first foray into the horror genre, despite Disney’s reputation as a family-friendly company. A few situations that were meant to be scary ended up feeling a little cheesy.

However, Raimi’s picture, Multiverse of Madness, is a Disney production, which limits him. This is not going to be a good one for you, horror aficionados.

However, Raimi’s influence could be felt throughout the film, as evidenced by the film’s bizarrely placed guitar solos and bizarre close-ups of faces during key moments.

What Happens After The Losing Of Rank Of Saucer Supreme?

The new approach to Dr. Strange in the sequel was a welcome change. Another was quick-witted but visibly humbled by the events of both his last titular expedition and the three blockbuster films in which he had appeared. 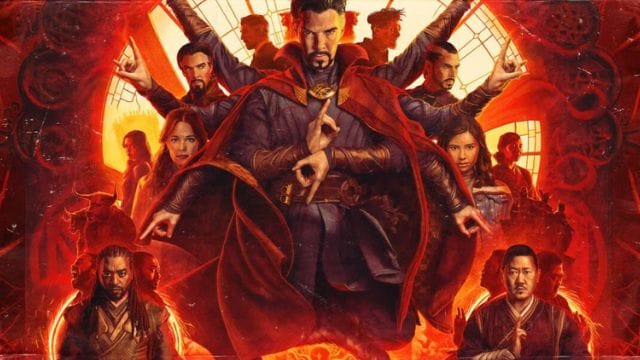 Instead of being “Stark”-icily arrogant as fans have come to expect from Steven Strange, this version has witnessed the end of the universe 14,000,605 times and still had to sacrifice half of it for the greater good.

In addition, this is his first major adventure after he lost the rank of Sorcerer Supreme, as detailed in the novel Multiverse of Madness. When it comes to characters like this, I can respect the level of maturity and understanding they’ve shown.

To summarise, I thought that Doctor Strange and the Multiverse of Madness took the franchise on an exciting new path. Dr. Strange is a terrific film for Marvel fans like myself who are eager to know what Dr. Strange has in store for him when he returns.

Dr. Strange Multiverse Of Madness Timeline And Plot: What Triggered The Events In This Film?

There’s turmoil outside Dr. Stephen Strange’s wedding to Christine Palmer (Rachel McAdams), and his unrequited love (even the name of Michael Stuhlbarg’s early-movie scene on the wedding poster feels like an agent’s coup). When a huge creature that looks like an octopus chases America Chavez (Xochitl Gomez) from one reality to the next, it causes trouble. Strange and Wong (Benedict Wong) find out after saving the girl that America is wanted because she can move between parallel realities without being able to control it.

So, Strange talks to Wanda (Elizabeth Olsen), a grieving mother still haunted by the death of her children at the end of the Disney+ series and possessed by the terrible Darkhold, a book of evil spells that fans of Raimi will recognize as looking eerily like the Necronomicon.

This leads to a huge battle between Mordo (Chiwetel Ejiofor) and a lot of well-known Marvel characters, including Strange, Wong, and the rest of the United States, because Wanda will do anything to keep her children safe (even though Vision is barely mentioned).

The debut of Marvel’s Illuminati in Doctor Strange in the Multiverse of Madness created issues for the MCU’s future. One line in Ms. Marvel may have made the squad even more confused. In Doctor Strange 2, the supergroup was introduced.

Mister Fantastic, Captain Britain, and Charles Xavier are members. One mention in the Disney+ series implies they have a wider reach.

Doctor Strange 2 centered on the Illuminati. In 838, the organization guards the multiverse against existential threats after Stephen Strange caused a universe-ending “incursion.”

This pits them against Earth-616’s version of the legendary sorcerer, who is being chased by a grieving Wanda Maximoff on a mission to reconnect with her children.

Wanda defeats the 838 Illuminati, but their influence over their reality is unmistakable, as evidenced by their defeat of the 838 Thanos.

Doctor Strange 2 is the first time the MCU has officially acknowledged the Illuminati, thus any additional allusion is odd. Ms. Marvel disputes the Illuminati’s existence.

Kamala and Nakia refer to the older Pakistani ladies as the “Illuminaunties” in one chat; a play on both the team and the familial relation. This remark raises fundamental issues about how the couple knew about the Illuminati if they’ve simply appeared in another universe.

Even after their multiverse hijinks, this makes the Illuminati more puzzling.

Ms. Marvel could be a reference to the real-world conspiracy idea, not the MCU’s group. In pop culture, the Illuminati are supposed to be behind major occurrences, manipulating history to their agenda. 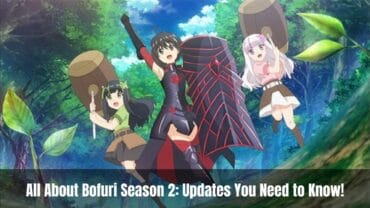