Now that “Why Women Kill” is almost done with its second season, let’s see what we know about whether or not there will be a third season.

First of all, does it even happen? Second, since Seasons 1 and 2 were so different from each other, what will Season 3 be about, and who will be in it? Here’s what we know so far.

Season 2 took place in the suburbs of the 1940s and was about a group of women in an exclusive garden club whose seemingly perfect lives turned out to be much darker than you’d expect.

So, it’s natural for people to wonder what Season 3 will bring.

So far, each season has had a lot of changes in the cast and a lot of new characters. Jack Davenport is the only actor who has been in both seasons. In Season 1, he played Simone’s third husband, Karl Grove, and in Season 2, he was the narrator.

It’s not clear who, if anyone, will return for Season 3, but we can expect a whole new cast. Some fans are hoping for a return appearance from Lana Parrilla, who played a rich socialite in Season 2 and has reportedly said that she wants to work with Cherry again, just like fellow TV executive Ryan Murphy is known for always working with acclaimed actress Sarah Paulson on his projects.

It’s easy to imagine that this new season will put a whole new group of California divas in the spotlight, with all-new problems and murders to solve.

We won’t guess yet about the show’s plot or setting, but it would be great to see more theatre divas like Patti LuPone or Audra McDonald on it. At the moment, though, no stars have signed on for the third season yet, so stay tuned for more information.

The first season is about the adventures of three women: a lawyer from 2019 and two women from the 1980s and 1960s. All three of these women had to deal with infidelity in their marriages, and problems caused by their husbands forced them to kill their husbands.

In the second season, a woman’s social problems are shown, and the story will take many turns that will lead to deaths.

Since Why Women Kill is an anthology series and has an intentional lack of an overarching storyline that connects the older seasons, meaning it is practically impossible to predict what a potential storyline could be for the third season.

Since there is no information about the third season either, predicting a storyline is even more difficult.

But that doesn’t mean we won’t be speculating about a potential storyline. It’s always fun to guess what era the show might pick this time. So far, the subject matter of Why Women Kill has mostly revolved around homemakers, to be more specific, housewives of the desperate kind. Maybe Cherry would like to bring single women around this time?

So far, the show has explored the 1940s, 1950s, 1980s, and even the present day. Here is where we wouldn’t even be able to speculate which era Cherry will be picking this time. Maybe the 1920s? Something like the Great Gatsby-era? Or follow all of the murders and cults that happened in the 1960s?

Or would the new season be about the 1970s, with all their glitz, glamour, and drug use? No matter what time period the third season takes place in, we know that Marc Cherry‘s mind will come up with a storyline that includes some stylish but desperate and murderous women.

What will be the Release Date of Why Women Kill season 3?

Now that the third part is being made, it’s only natural to wonder when the third season of Why Women Kill will start. At this point, we don’t know very much, which is a shame.

As of now, the streaming platform hasn’t announced a date for the official start of the show. Since Season 1 started in August 2019 and Season 2 in June 2021, there isn’t a reliable pattern either. The start date of Season 3 won’t be known until more information comes out.

It’s also possible that Paramount+ will put the show off until late August or early October, as it did with the first season. We won’t know for sure until an official announcement is made.

Slow Horses Season 2 Release Date: What Can We Expect From This Series?

Alone Season 9 Release Date: What Should We Know About The Upcoming Show?

Trailer for Why Women Kill Season 3

From what I’ve heard, there hasn’t been a “Why Women Kill” season 3 trailer yet. But the production company says that filming for Season 3 of Why Women Kill has begun. As of right now, there is no word on when the trailer will be out.

For now, you can enjoy the trailer of Why Women Kill season 2. 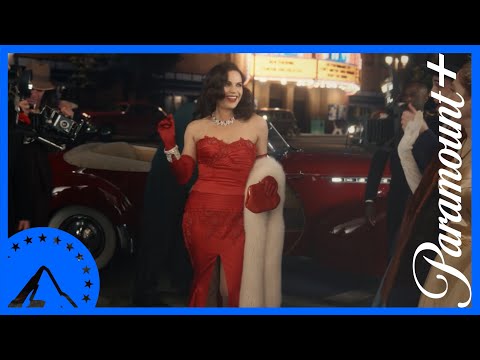 Is Why Women Kill Season 3 Renewed?

The first two seasons of the dark comedy, which was made by Marc Cherry are only available to stream on Paramount+.

Who Produced Why Women Kill Series?

Where Can I Watch Why Women Kill?

The first two seasons of Why Women Kill can only be watched on Paramount+.