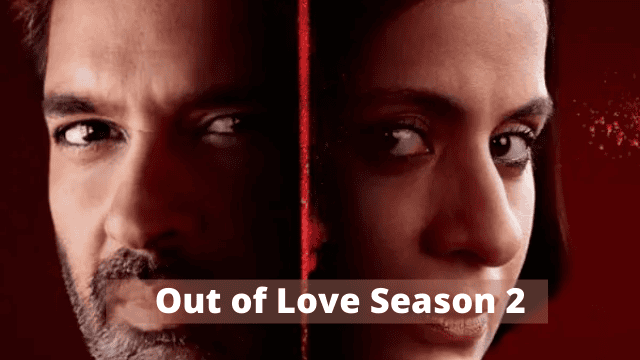 Out of Love Season 2 Reviews: Out of Love is an Indian television series based on Mike Bartlett’s novel Doctor Foster, which Hotstar adapted for its Hotstar Specials label.

Tigmanshu Dhulia and Aijaz Khan direct Rasika Dugal and Purab Kohli. November 22nd, 2019 – Hotstar debut Two of the five episodes will run on April 30, 2021, with the last episode showing on May 21, 2021.

What does the public think about Rasika Dugal? How did they like movies? It everything comes out.

Out of Love Season 2: Reviews

Season 1 of Out of Love was better than anyone thought it would be, making it one of the most interesting online shows of 2019. The last episode of Season 2 aired last night, and I thought Team Out of Love did a great job, but there were a few problems.

Season 2 is set by Akarsh and Aalia coming back into Meera’s life and turning her and her close friends’ lives upside down. But I won’t say that it didn’t get off track about halfway through, losing its momentum and becoming repetitive in a few episodes. Thankfully, though, the core of the show stayed the same.

What’s interesting is how simply and even more brilliantly complicated relationships have been shown on TV. Even though the last episode is a bit dramatic, the end of the show more than makes up for it. All of Meera and Akarsh’s conversations, fights, and face-offs are filmed in a way that looks real.

Some tracks are shown in the first two episodes, but by the end of the show, they have died on their own. One example is Meera’s relationship with Rohan, who is Abhi’s music teacher. The plot got a little confusing, and that character stopped being important to the show in the end. Even though the creators gave the relationship a happy ending, it didn’t feel like it was fully cooked.

Season 2 of Out of Love may not be as gripping and exciting as Season 1 because of the way it is written, but it is a great follow-up and a great way to end the series. I give it 3.5 stars because I could watch it all in one sitting.

Public Reactions on Out of Love Season 2

The audience is responding positively to Season 2 of Out of Love. The show had a strong start, and it appears that the second season will follow suit.

The two episodes, which were released on April 30th, 2021, received a positive response on social media. Several viewers have praised the show’s performers, Rasika Duggal and Purab Kohli, for their work, while others say the second season is interesting.

Some people are also enjoying the season’s twists and turns. Take a look at some of the online reactions below.

@RasikaDugal madam acting was super amazing I love you… #OutOfLove2

Out of Love Season 2: Cast

Out of Love Season 2: Plot

Dr. Meera (Rasika Dugal) and Akarsh (Purab Kohli) had been separated for three years following his infidelity scandal. Meera now lives in the tranquil valleys of Coonoor with her son Abhi. Everything is OK until Akarash and his current wife Alia decide to return (Meenakshi Chaudhary).

While he justifies his homecoming as a method to restore his strained relationship with Abhi (Kabeer Kachroo), he is consumed by thoughts of revenge and hate. He decides to make Meera’s life a living nightmare and force her to flee the city and her son. Will Meera readily give in?

Out of Love Season 2: Trailer

What Happens at the End of Out of Love?

Akarsh and Alia Left for Delhi at the End of the Season, While Meera Settled in Coonoor with Their Baby Abhi.

Where Can I Watch Out of Love Season 2?

You Can Watch Out of Love Season 2 On Disney+ Hotstar.

How Many Episodes Does Out of Love Have?