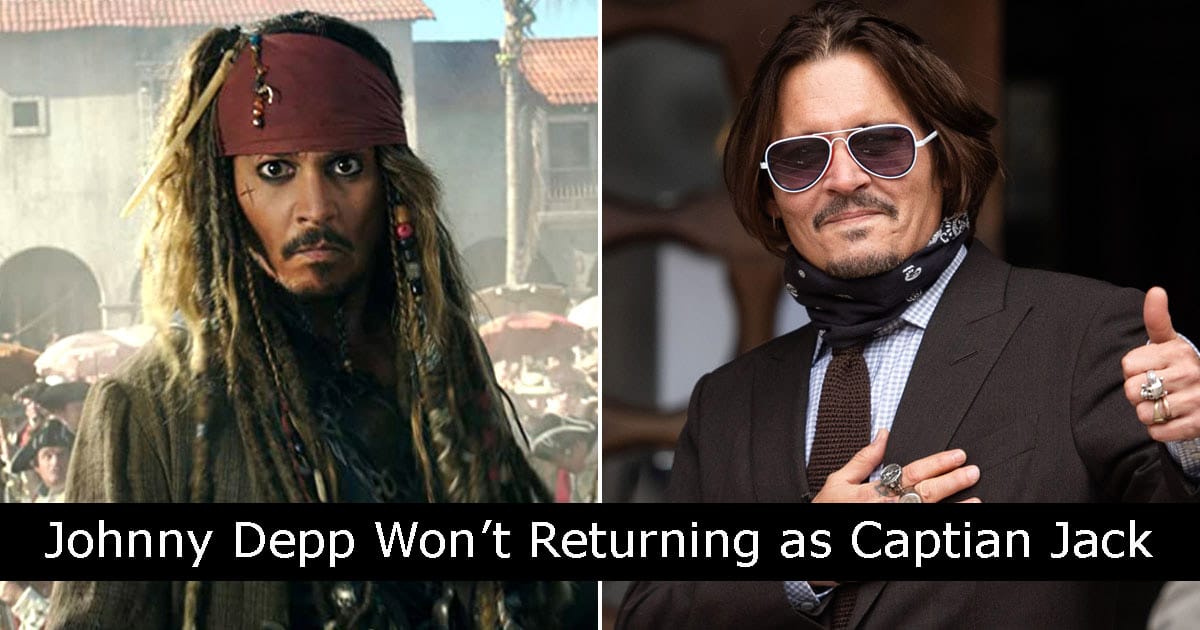 Pirates of the Caribbean 6 are already confirmed by the officials but the fans seem to be not overwhelmed with this news.

The blockbuster adventure thriller film was launched in 2003 and has since become a franchise. Starring Johnny Depp as Captain Jack Sparrow. His admirers are unhappy with his recent developments.

Anyone who has been following the news or the internet knows that the star has sued her ex-wife Amber Heard in Virginia for defamation over bogus charges.

Johnny recently discussed his involvement in the film in court, causing a stir for many reasons. The actor said in court that he would not reprise his role as Captain Jack Sparrow in the next sequel. Fans were ecstatic when Disney announced the movie’s revival.

Disney has already announced the sixth installment of the movie. However, the series’ star, Johnny Depp, will not be returning for his principal role. Why? Here’s everything you need to know.

Why Won’t Johnny Depp Return to Pirates of the Caribbean 6? In the continuing trial, Johnny Depp accuses Amber Heard of sabotaging her career by writing an op-ed exposing their personal connection.

When Amber Heard accused him of assault, he had to leave his job, including his part as Jack Sparrow. He further said that the lawsuit wrecked her acting career and cost him several parts.

In the sixth installment of the Pirates of the Caribbean franchise, Johnny Depp, a prominent Hollywood actor, has declared that he would not return.

A few days following the internet news report, Disney formally terminated relations with Johnny Depp. Disney wants to be in safer hands, so they handed away one of their next movie’s characters. In the continuing defamation trial, people are now finding out the truth.

“I wasn’t aware of it, but that doesn’t surprise me,” Johnny Depp stated in court. I was a wife-beater for two years. So, I’m sure Disney terminated relationships to be safe. The #MeToo campaign was well underway.”

The courtroom then questioned whether he would return to the film if Disney offered him $300 million. The actor rejected it, stating that such a scenario is implausible.

In the same trial, Depp spoke about how he felt when her ex-wife co-ed their relationship with the public. While the article has never put Johnny’s name, it was still very clear that Amber was talking about him. He further talks about how those articles were so disturbing for his career and himself.

In the courtroom, the actor said, “I would be a real simpleton to not think that there was an effect on my career based on Ms. Heard’s words, whether they mentioned my name or not,”

In 2016, it was the first time when amber has said about Johnny being an abuser but as the second allegation was made, he explained how that has started to make a big impact on his career and how the “Allegations have changed his career”.

He pointed out, “Once that happened, I lost then,”

“No matter the outcome of this trial, I’ll carry that for the rest of my days… I’m suing her over defamation and the various falsities that she used to bring my life to an end” Johnny further revealed.

Any fans pointed out the same with the recently released movie, Fantastic Beasts: The Secrets of Dumbledore where Disney has not cast Johnny as Dumbledore.

So if Johnny Depp wins this case, are Pirates of the Caribbean and Fantastic beasts going to re-hire him? Cos $50m ain’t enough to make up for what that man has lost

How Fans are Reacting to this news? 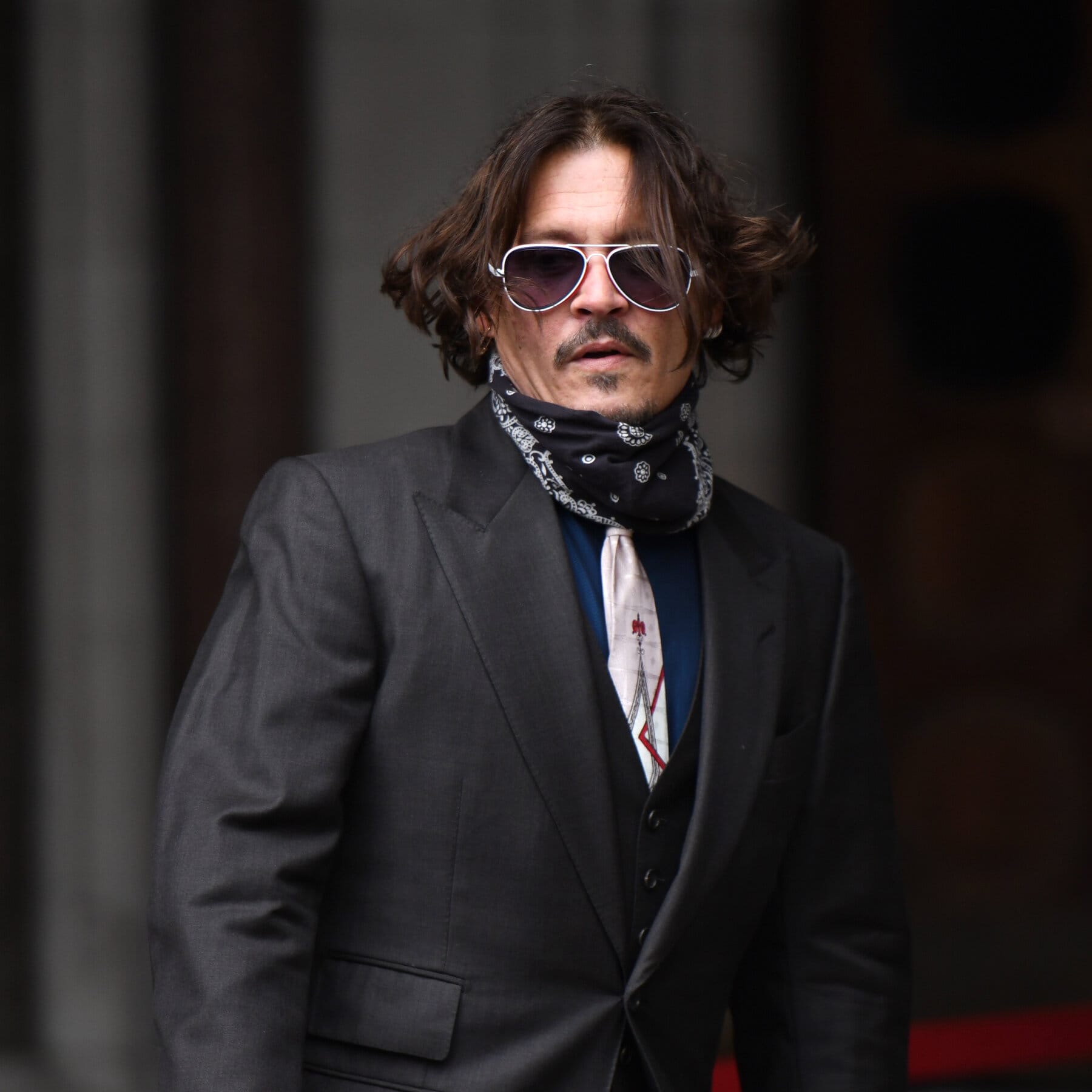 The defamation trial is already up on YouTube and the fans have already been consistent with the latest updates. After the actor revealed these plans for the upcoming movie and started to worry about the movie and showed their internet to have him back on the show.

While there was a sort of anger toward Disney for letting their iconic character down, many people accused the company of not believing in their cast.

Moreover, the fans are unhappy with the statement and want Johnny Depp to get back in his role. The show won’t feel the same without jack Sparrow, one fan tweeted. While another said, “If you ever think that releasing any Pirates of the Caribbean movie without Johnny Depp as Captain Jack Sparrow will not be a catastrophic failure then you don’t realize the power of this man’s actions because the entire franchise is over without him @Disney”

if Disney fucking dare make pirates of the Caribbean film without Johnny Depp as jack sparrow, we riot. that big fucking cunt amber heard better not mess this one up, I won’t have Ezra miller allowed in every film but Johnny Depp not allowed in any

What do you think about the ongoing trial? Comment down below and share your thoughts with other people. Follow The Shahab and get all the recent updates about everything happening in the world.