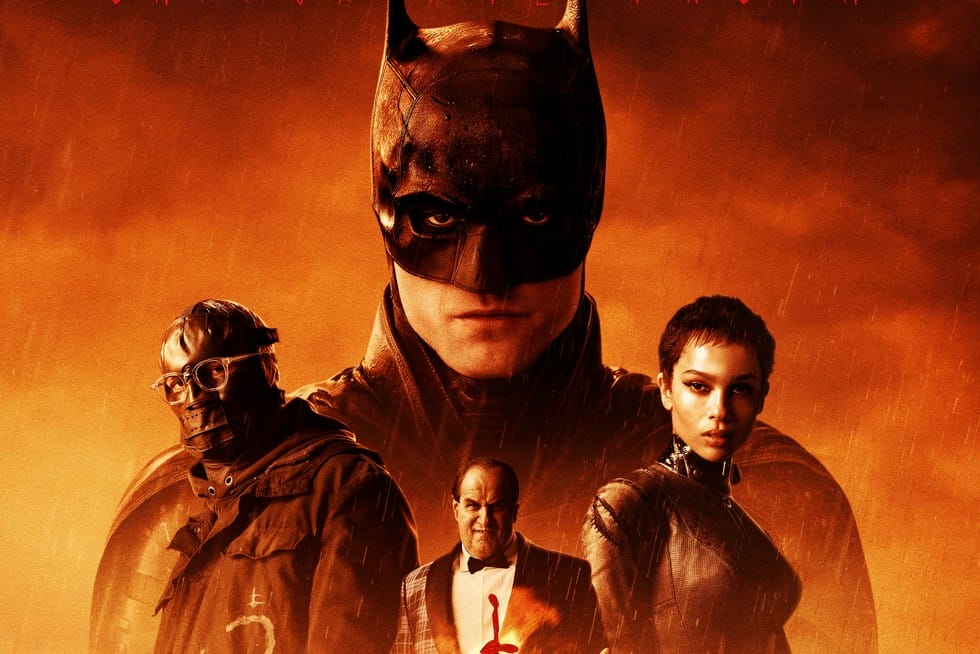 As someone who is a huge comic book fan, The Batman was one that I had desperately been looking forward to ever since it was announced. When the trailer for the movie was released by DC, fans of the franchise simply went ballistic and the new Robert Pattinson movie quickly made the news.

Now, after the long and hard wait that we have all had, it has been an interesting release, without a doubt. Garnering reviews that have been completely unprecedented in that they have split the fans over the movie, The Batman has been one of the most interesting releases of this year.

The Batman: Bringing Old To The New

Now, fans of the old Batman movies will definitely compare this one to the ones that came before. In fact, comparisons to the Nolan movies are something that I expect will make a huge part of the discussion for this release. But the way I see it, The Batman is one piece of DCEU that should not be compared to the old movies simply because of the way that it is so different.

Taking its roots in realism rather than the bling brought to the screen by Christian Bale, or the gritty and overpowered Ben Affleck, Robert Pattinson’s Batman is one that viewers will be able to empathize with and find believable. This time around, the character feels like one that could actually exist in the real world, whether it be through the imperfect and human emotions he goes through, or the way he fights rather clumsily compared to the Batman played by those who came before.

In fact, the movie is so different from any other DC movie before it, that it becomes somewhat of a fun activity to compare it with other superhero movies. From the way that the story has taken a much darker turn to the realistic portrayal of Gotham with all its flaws and the bright cinematography, there is a lot to notice here, and a lot of it will fly by unnoticed if you don’t look for it. Nonetheless, the differences are there, and they are quite interesting to ponder about.

Now, when the first trailer for the movie was released, a lot of the fans were rather skeptical about casting Robert Pattinson as the new Batman, because they simply couldn’t see him fitting the role. However, after watching the movie, I personally feel that all the naysayers couldn’t be more wrong.

The way that Pattinson portrays a much more youthful and conflicted version of Bruce Wayne while maintaining all the panache of Batman, is simply majestic and you will really love it. There is a wide range of human emotion at display here, ranging from the grittiness of the Batman to the rather romanticism that Pattinson displays during sexually-charged moments with the Catwoman. If there is anything to be said about Pattinson, it’s that he has actually brought new life to the role.

As anyone who has grown up with Batman would know, villains, are a big selling point for the movies. The franchise has historically had a rather tough slew of villains, each with their own quirks, and each one more dangerous than the one before them.

As I said before, the movie is in line with reality and portrays realism like no Batman movie has ever done before. From the way that Batman now conducts business to the way that the villains have two identities, the movie seems like a reflection of the real world. In fact, this infographic goes into a lot of detail about the way that the villains manage to remain anonymous, even though they are gods of the business. By retaining a day identity, our favorite villains are able to fool even the most cunning of investigators.

Fans are especially fond of the portrayal of The Joker by Heath Ledger back in The Dark Knight. However, this time around we are seeing new versions of our favorite old villains in a new light. First up is the Penguin. A rather famous villain in the franchise, the cunning businessman makes a return here in the Pattinson starrer, and Colin Farrel’s portrayal is simply superb. A businessman by day and ruthless mob boss by night, the Penguin is as fearsome as they come.

Next up, we have the main villain of the show, The Riddler. Making a return to the movies after such a long time, the Riddler has simply blown it away this time. Played by Paul Dano, who conveys the sheer madness of the villain with unmatched rigor, he is definitely the star of the show here (After Batman of course). His psychopathic portrayal which perfectly mimics the suffering of his childhood is simply unmatched and brings a deep sense of moral conflict into the movie. At points during the movie, it is tough not to sympathize with the villain, which makes it all the more interesting. Masquerading as a helpless orphan, the Riddler simply remains one step ahead of Batman.

Fooling the entire world for so many years, it is only after the Riddler reveals the true identities and activities of these people do they lose their credibility and dual identity. Somewhere here, there is an inspiration to learn from. Whether it is conducting private business or building your empire, it is always better to do so with complete anonymity. While most of us are not going to be running underground empires, it is still worth it to hide who we are on the internet. My advice? Get a VPN. Mask your identity and conduct your activity with the privacy that it deserves. You’ll thank yourself for it later.

All things considered, the new Batman movie is different from every other Batman movie that came before it. Telling an emotional story of the orphan still dealing with his childhood issues and running his family business into the ground, The Batman is grittier and rougher than ever. Gone are the days of high-tech gadgets and sleek suits. Pattinson’s Batman portrays youthful rage and conflict in its most human form. Paired with the rather bright cinematography, there is a lot of contrast to the old movies, which tended to have a rather dark vibe. The colors really pop here, and things feel real instead of artificial.

In summary, The Batman is one that you should definitely watch, especially if you are someone who has become bored of superhero movies because this is one that might change your mind. It is simply different and really lived up to my expectations. In fact, I would go as far as to say that the film exceeded the public expectations given the response after the release of the first trailer. I was truly excited about this movie, and it makes me so happy that my excitement didn’t go to waste. In conclusion, I would highly recommend you to watch it in a theater if you can. It is one that deserves a good watch.