Everyone is asking when Disney Plus will be releasing Shang-Chi and the Legend of the Ten Rings. Many Marvel fans, especially those who aren’t comfortable seeing the film in a theatre, have wondered this since it opened on September 3.

Well if you’re among those who love watching his movies and shows in comfort sitting at your favorite couch sipping your favorite drink, Shang-Chi and the Legend of the Ten Tings will soon be available on Disney Plus.

We’ll go over exactly when Shang-Chi will be available on Disney Plus in the sections below. Are you up for the challenge? So, without further ado, here we go. 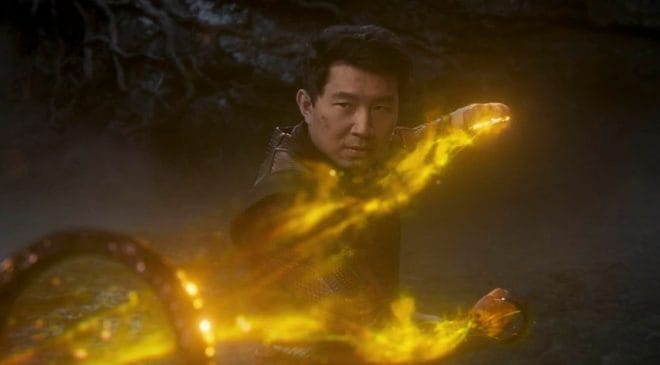 Does Shang-Chi have a Disney Plus Release date?

According to Disney’s Disney Plus Twitter handles, Shang-Chi’s release will coincide with Disney Plus Day, a newly announced global fan event celebrating the streaming platform.

Your #DisneyPlusDay lineup has arrived (with more to come) 💥🌴🚢☃🛵👓🌏➕ What are you most excited to stream on November 12? pic.twitter.com/CHuVkHxXIo

In August, it was announced that Shang-Chi would be released in theatres only for 45 days after its September 3 release date. Shang-Chi was supposed to arrive in mid-October, but Disney has decided to delay its release until then because of the upcoming inaugural Disney Plus Day.

Last month, Disney CEO Bob Chapek revealed during Disney’s Q3 earnings call that Shang-Chi would not be released on Disney Plus and in theatres on the same day.

This was in contrast to the release of Black Widow on Disney Plus and in theatres on the same day, on July 9. Scarlett Johansson, who starred in the film, has filed a lawsuit against Disney alleging breach of contract.

One week after the release of the next MCU film, Eternals, Shang-Chi will be available to stream. Eternals, like its predecessor, will debut first on the big screen before making its way to Disney Plus in the future.

Do You Need Disney Plus Premier Access To Watch Sang- Chi?

Shang-Chi will not be available via Premier Access. Instead, when it debuts on November 12th, it will be free to stream for all Disney Plus users. To sum it all up, you’re going to need a Disney Plus subscription to stream it for free. If you’re thinking about getting one, we’ll point out the expenses here.

Johansson’s final casting as Natasha Romanoff was aided by the character’s fame. Fans expected Black Widow’s long-overdue solo film because she’s been a mainstay of the MCU for over a decade. While Delta variant reports were relatively low at the time of Black Widow’s release in July, this contributed to the film’s box office performance.

So, Disney had to come up with a strategy for the release. Some Marvel Cinematic Universe (MCU) moviegoers prefer to watch new releases in the comfort of their own homes, so they’ll have to choose between theatrical release and Disney plus. Marvel movies are made to be seen in theatres, and nothing beats the experience of watching them with family and friends on the big screens.

rishabh
I’m the guy you see dancing in the rain in the middle of the night. Pursuing my bachelor’s in literature, I love to read and write and I’m somewhat of a decent storyteller. A die-hard fan of Miyazaki and Murakami and my go-to quote is “The past is a foreign country, we do things differently there”.
RELATED ARTICLES
Entertainment