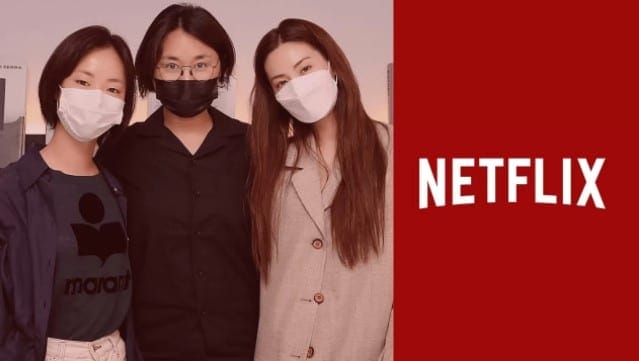 Glitch is the latest  South Korean thriller that will air soon on Netflix. The series follows into the footsteps of a woman who’s in a relationship with his boyfriend. But much to her surprise one day, her boyfriend was consumed by a strange and mysterious light. Now she’s running astray looking for her boyfriend.

Things took an interesting turn when she came to knew about a dark and wicked secret with the aid of her UFO watchers allies.

Following the worldwide success of Vicenzo, this is the second time Netflix and Tvn have partnered together for a show. You know it’s going to break records when these two media giants share the stage.

Netflix will add the comedy-thriller to its new releases for its subscribers to stream while tVN will broadcast fresh episodes on its south Korean cable network.

The South Korean drama still doesn’t have a confirmed release date as the shooting for the drama is still in play as the filming was postponed in the wake of Covid-19. However, it’s suspected that the show will air towards the end of December. Following the record-breaking success of Vicenzo, the ‘Be Melodramactic “alum Jeon Yeo Bin is back again for the role of Hong Ji Hyo. Nana, who caught our attention with her roles in ‘Into the Ring’ and ‘Genesis’ portrays a young woman named “Heo Bo-ra”.

Heo Bo Ra is a struggling YouTuber and Twitch streamer with just a handful of subscribers and followers, who specializes in mysteries.

She is also a part of a sort of UFO watcher community and only has her keyboard as her arsenal. Being completely oblivious to the world, she divides most of her hours between streaming and editing her videos. The ‘Pegasus Market’ and ‘Reply 1988’ star Lee Dong Hwi is expected to make a return for his role of Ma Hyung Woo.

Drama lovers will recognize some of the faces in the comedy-thriller from their favorite  Netflix Originals drama from South Korea.

Baek Joo Hee championed the role of Cho Mi Jung in Netflix’s original ‘Extracurricular’. Baek Joo Hee takes on the role of a rich brothel madam. The show’s boast seasonal stars and experienced actors and actresses such as  Jeon Yeo Bin who was the romantic lead in the recent Netflix original ‘Vincenzo’ taking on the role of Hong Cha Young.

How many episodes will ‘Glitch’ season 1 feature?

As per the information provided on the Glitch Wikipedia page, the show will feature a total of 16 episodes.

The standard episode count for the majority of K-drama.

According to the page, every episode will share an average runtime of an hour.