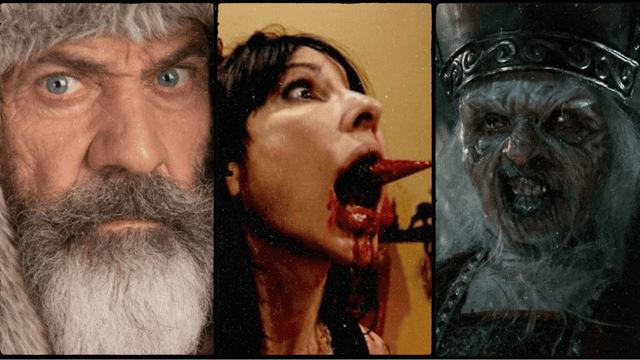 The holiday season has arrived, and with it comes the usual barrage of movies and TV series about the holiday that always manages to put us in a good mood. Santa Clauses, Hallmark movies, and the typical suspects are all here.

This Christmas, however, David Harbour has provided us with the subversive Violent Night for those of us who prefer a bit extra edge in our holiday entertainment. Harbor likens Violent Night to a combination of Die Hard and Miracle on 34th Street, so spectators should expect something very different from the typical Christmas film.

We adore the fact that the R rating was earned by the action-packed and irreverent Violent Night. There’s a chance that home viewers will enjoy it so much that they’ll seek out more movies with a similarly chaotic and disruptive atmosphere. Fortunately, Hollywood has provided them with a plethora of movies that nail the spirit of wild celebration.

These movies range from chilling horror flicks to exciting adventures with plenty of heart and would go great with Violent Night.

The discussion over whether or not this film fits the bill as a seasonal offering can continue. It’s Christmas Eve, and Detective John McClane (Bruce Willis) simply wants to make up with his wife at the office party. Instead, he has to stop Hans Gruber (Alan Rickman) from stealing over half a billion dollars from the building’s vault in this 1988 series starter.

John is a member of the New York Police Department, but he is currently stationed in Los Angeles with his wife after they divorced. He is unable to call on his fellow officers for assistance, and the local police he does manage to contact is initially skeptical of his story, so he is forced to take out several armed men while wearing only his now-famous white tank top and a pair of jeans.

Billy Bob Thornton plays Willie T. Soke, a robber who only agrees to Santa Claus engagements so he can plunder the stores where he is stationed, in this black comedy from 2003. While it’s true that this film isn’t as violent as the others on the list and doesn’t have nearly as much action as Violent Night, it does share with the new picture the way in which Willie’s goals are altered somewhat once he encounters a small child (played by Brett Kelly).

He still wants to rob a safe for a holiday windfall, drinks excessively, and feeds his sex addiction, but he helps the boy out by giving him the gift he asked for (just like Santa would) and by teaching him to stand up for himself when he’s bullied. The sequel, which came out more than a decade later, was almost universally panned by critics.

Different types of Christmas killers exist, such as the vicious snowman from the 1997 direct-to-DVD slasher “Jack Frost” (not to be confused with the 1998 family film of the same name). With its tongue firmly in its cheek, the film is reminiscent of “Violent Night,” but it goes considerably further in the comedy direction, fully embracing its B-movie status with blood and gore that is supposed to elicit more laughs than chills.

The story begins with a serial killer named Jack Frost (Scott McDonald) being taken to his execution. As he transports prisoners through the rural community of Snowmonton, he passes through the same area where Sheriff Tiler (Christopher Allport) put an end to Frost’s killing spree after he had already claimed the lives of nearly 40 people.

When Frost tries to get away, the car he’s in collides with a truck carrying equipment for experimental genetic research, and he gets showered with chemicals that turn him into a living snowman. Jack is on the run and killing again, this time with an apparently unstoppable new form in which he intends to exact his vengeance on Sheriff Tiler.

Neither Hansel and Gretel nor Santa Claus are the only characters in German Christmas stories, nor are they the only characters linked with Christmas around the world. Krampus, an odd demon thought to scare disobedient youngsters at Christmastime, has arrived. With his massive horns, cloven hooves, and snakelike tongue, Krampus was made to be the villain of a scary movie, and that’s exactly what we got in the 2015 flick.

Related: Here Are 10 Netflix Movies You Should Watch if You Liked Red Notice! 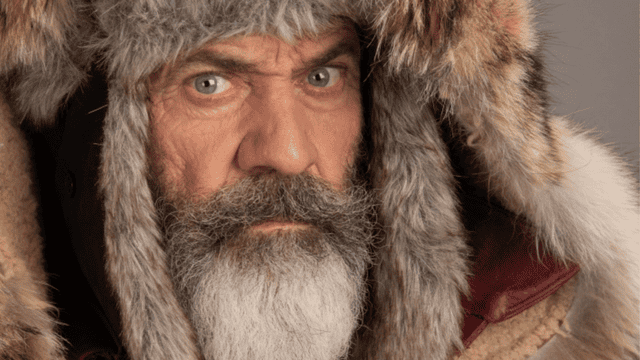 Because of the rising rate of violence among youngsters, Kris Cringle has been forced to seek help from the United States government as a business partner in order to save his company and keep Christmas alive.

Things go bad when unscrupulous merchants try to blackmail Kris for his services. The child who was put on the naughty list and didn’t receive any Christmas presents hires a professional assassin to assassinate Kris so that he may get off the list and collect his presents.

A bunch of young sorority members finds themselves locked in a house with a masked killer on Christmas Day in this bloody and disturbing horror thriller. The killer prowls the campus, leaving a trail of bodies in his wake, and the ladies have to decide whether to lie low and die or stand up and fight for their lives.

Riley and her sisters are prepared to face the killer and make it through to Christmas, but events take a turn for the worst, sending them on a perilous trip that will leave them speechless by the end. This new version of the 2005 film Black Christmas features more action and less tension than the original.

Also Read: 10 Best Movies Like After You Must Watch Right Now! 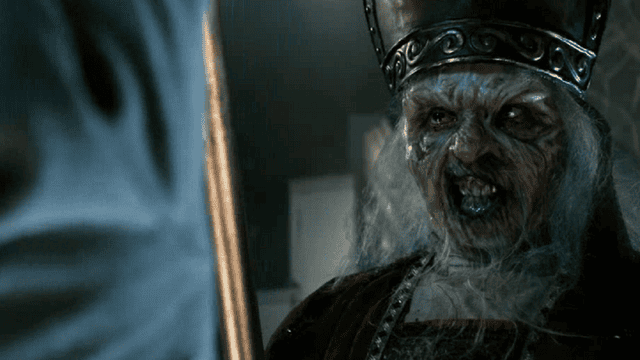 In ‘Sint,’ the religious icon first appears as an apparition from beyond the grave bent on exacting horrible revenge. Around the holiday season, he goes on a killing spree targeting children. Sint is a high-brow Christmas horror thriller with a plot that will give you the creeps. It also has a creepy atmosphere and some very terrifying and nightmare-inducing imagery.

The Dutch film, both directed and produced by Dick Maas, has a rapid pace that keeps audiences interested. Although Sint was never malicious or responsible for the deaths of any children, he has a striking resemblance to Harbour’s Santa in his earlier incarnations. They are strikingly similar in their ferocity and senseless violence. 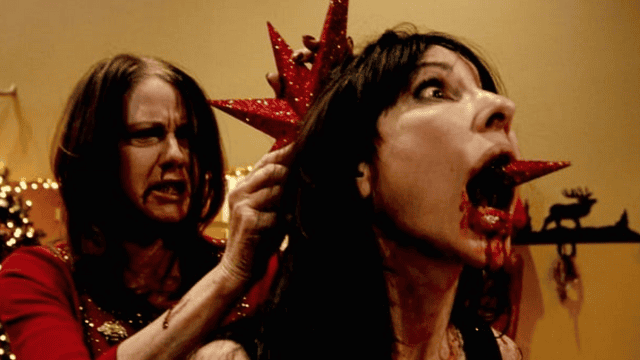 The movie “Secret Santa” shows how Christmas can bring families together in surprising ways. The traditional Christmas feast can bring fresh waves of death if someone in the family decides to wreak revenge. From the bloody chaos arises a hero who must do all it takes to stop the pandemic before it’s too late.

Adam Marcus’s action comedy depicts a chaotic family dynamic and was written and directed by Marcus. Like the Lightstones in “Violent Night,” this one is a snippy bunch. Both films depict family problems and sibling conflicts, but their outcomes are different.

The 2005 neo-noir black comedy Kiss Kiss Bang Bang directed by Shane Black was the beginning of Robert Downey Jr.’s comeback, not 2008’s one-two punch of Iron Man and Tropic Thunder. In the film, Robert Downey Jr. plays Harry Lockhart, a New York burglar who, after being taken for an actor, goes to Los Angeles to work out with a private eye so that he might stealthily steal a role in a Hollywood production.

Like all Shane Black movies, Kiss Kiss Bang Bang is absurd and chaotic. The presence of Christmas is integral to the plot without detracting from the mystery-solving antics, and the team of Downey Jr. and Kilmer is hard to pass up.

Die Hard is typically the first film that springs to mind when discussing traditional action-adventure Christmas fare. While the Bruce Willis film is excellent, Richard Donner’s Lethal Weapon is just as credible a candidate for the award. In order to bring down a ring of drug dealers, two police officers must put their differences aside and work together. Lethal Weapon is one of the best action comedies of all time, and it features some of the best moments from the buddy-cop genre.

Although on the surface Lethal Weapon appears to be a humorous action comedy, the film’s true message is far more profound and festive. Lethal Weapon and Violent Night are a perfect pairing for thrill-seekers. The two films feature comedic police officers and vindictive Santa Clauses, which may seem like an odd combination at first, but they both embrace the warm and fuzzy sensations that have come to be associated with Christmas while still providing exaggerated action. What else could you want from a Christmas film?