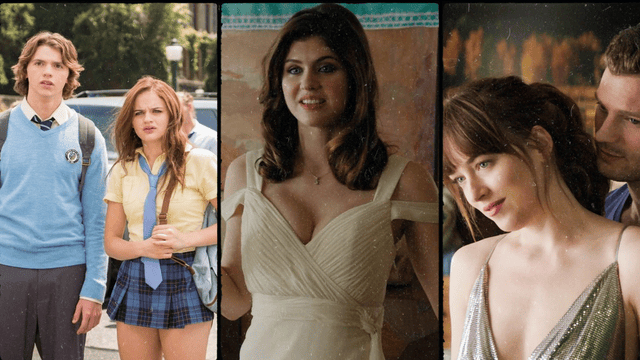 10 Best Movies Like After You Must Watch Right Now!

Movies Like After: You read the books really quickly. You watched the movies nonstop. So, after After, do you watch anything else? Films like “After,” of course. Romance film starring Josephine Langford as Tessa and Hero Fiennes Tiffin as Hardin, who plays an unexpected young couple who end up in a very destructive relationship, based on the book of the same name by Anna Todd. Don’t worry though; there are moments of romance in there!

It was adapted from a Wattpad fan fiction in which Harry Styles played the lead role in a romance story (who became Hardin when the story was eventually published as After we know now). However, Hardin’s questionable actions and treatment of Tessa make his character a weak point in the narrative. (We don’t want to spoil the plot for you, OK?) There was a cumulative effect that made Styles’ fanbase angry that he was involved in any way.

However, a sizable portion of the population seems to like reading and watching the related media, which has led to the success of both. According to Box Office Mojo, After generating nearly $70 million at the box office (and only cost $14 million to make), so clearly the franchise is doing alright.

After, the first installment in the series opened in 2019, and After We Collided will hit theatres in 2020. There’s more, though, so stay with me. Filming has already taken place on two follow-ups, After We Fell and After Ever Happy, with the possibility of more sequels, prequels, and even spinoffs. To tide you over until we can obtain more installments in the series, we’ve compiled a list of some of our favorite films to help you decide what to watch. If you’re seeking for movies like After or even movies like After We Collided, here are some options. 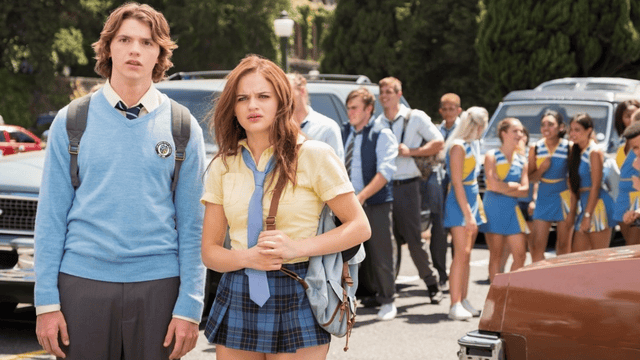 Elle (Joey King) and Noah (Josh Hutcherson) have a rather problematic teen relationship in The Kissing Booth, a Netflix original film (Jacob Elordi). Elle and Noah go on a roller coaster of emotions throughout the course of the three films in the series, from heated arguments to tender moments to a cliffhanger ending that will have you yelling at the screen for Elle to have more self-respect.

2. When We First Met 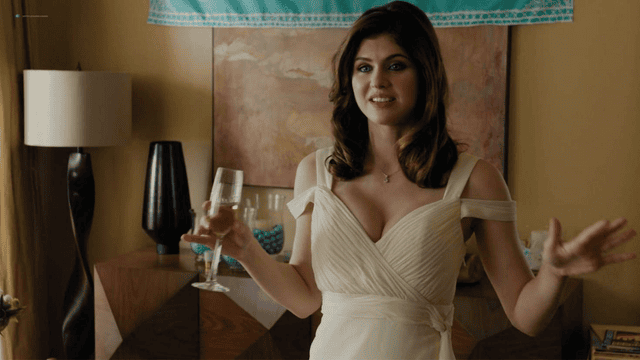 When We First Met, directed by Ari Sandal, is a fairly ordinary romantic comedy that is buoyed by the energetic performances of its youthful actors. On the whole, it’s a pleasant film that wouldn’t be a bad choice for a night of streaming. Even yet, it has a fair number of intriguing suggestions for romantic interactions. The half of the film in which Noah makes a drastic change of direction with his goals is where the film really comes into its own, becoming both more interesting and more enjoyable.

All of these movies are perfect for watching with your friends, family, and loved ones. It’s guaranteed that everybody who watches these movies will have a great time. Please remain indoors and secure till then. Have a Wonderful Time Taking It In! 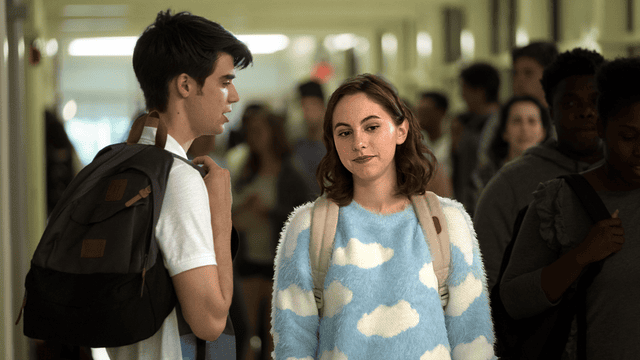 Alex Truelove, the main character of a 2018 romantic comedy called Alex Strangelove, is a student who struggles with his sexuality. Alex Strangelove is upbeat and provides a more clear and more pleasant narrative than After, which might be dreary and disturbing. The lives of the teenage protagonists in this romantic comedy will not become easier only because of the film’s upbeat tone. After all, Alex gives up his virginity for his fiancee Claire, but things turn sticky when he meets a child named Elliot. 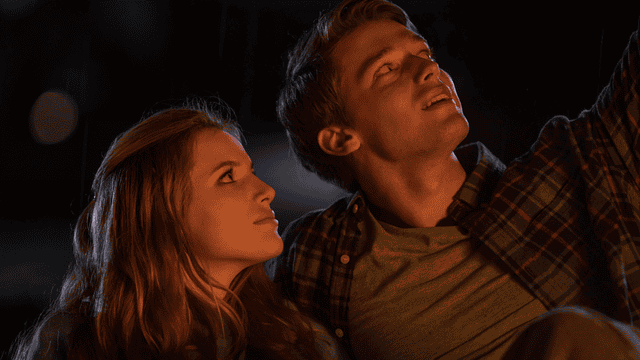 Midnight Sun is ridiculous, but it manages to chip away at cynicism via the sheer force of its corny and honest heart. Katie’s hopes come true at night when she meets the boy of her dreams, despite her infirmity keeping her indoors during the day. Midnight Sun delivers on its promises to the public, which may be all that’s needed. You can’t help but be invested in the tragic love between these two young actors since they are so attractive and likable. Do you enjoy films similar to After, to which It is superior?

5. To All The Boys I’ve Loved Before 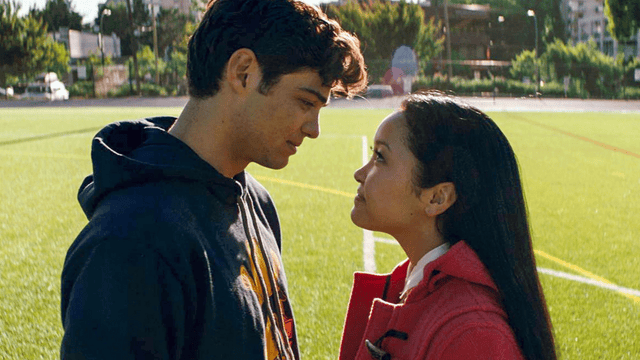 The hatbox her mother gave her is where Lara Jean keeps all of her love letters. There’s one for each of her crushes on boys. Given that she knows no one else will ever see her letters, she is free to reveal every part of her soul and utter everything she would never say to her face-to-face. Lara Jean’s love life is purely imaginary until her secret letters are delivered. The bestselling novel by Jenny Han, To All the Boys I’ve Loved Before, has been turned into a film on NETFLIX. 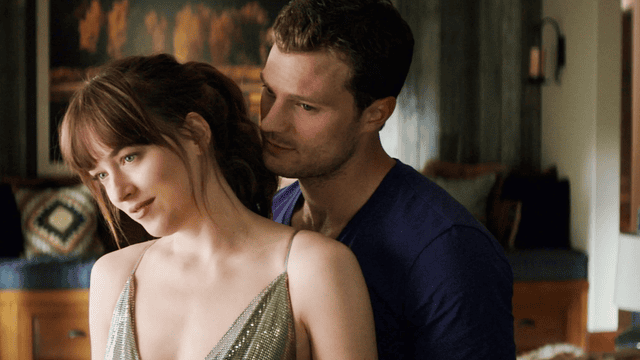 Dakota Johnson has a breakout performance as Anastasia, bringing humor, compassion, and sensitivity to the part. First-year college student Ana is tasked with interviewing Christian Grey, a reclusive multimillionaire.

What seems to be a straightforward business meeting soon develops into something more strange. Right away, Ana is sucked into Christian’s lavish lifestyle, where she discovers his secrets and indulges her own dark desires. A fiery, all-consuming love story develops between Christian and Ana as they push their relationship to unprecedented heights. If you’re looking for anything similar to After, this is a great choice. 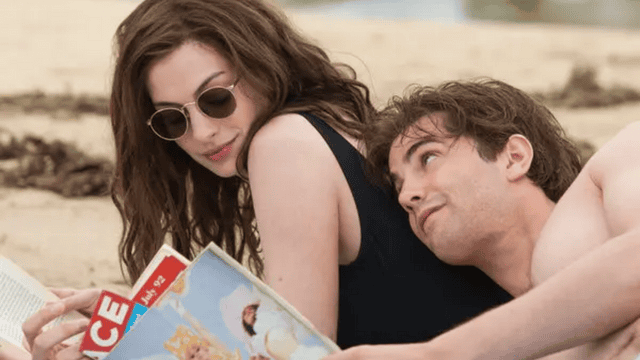 Based on the novel of the same name by David Nicholls, the 2011 romantic drama One Day chronicles the lives of best friends Emma (Anne Hathaway) and Dexter (Jim Sturgess) over the course of twenty years, from 1991 to 2011. Despite their initial amicable relationship, they eventually realize they are destined for one another. 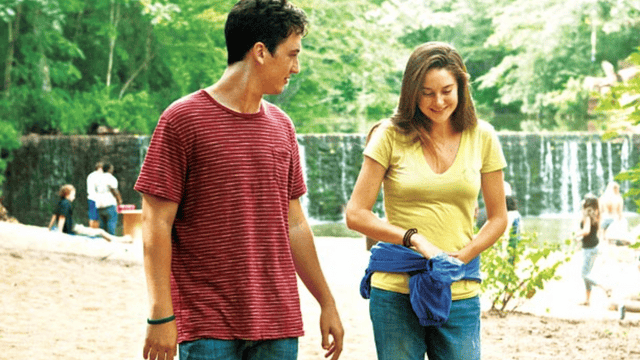 Sutter (Miles Teller) and Aimee (Shailene Woodley) are an atypical pair in the 2013 film The Spectacular Now. After a night of drinking, Sutter wakes up on someone’s front lawn and is greeted by the homeowner. When compared to Aimee, the shy student, Sutter, the senior who has just been dumped by his fiancée, stands out as the life of the party.

The two start a relationship that develops into something serious, but their budding love is put to the test when they realize they have quite different plans for the future. 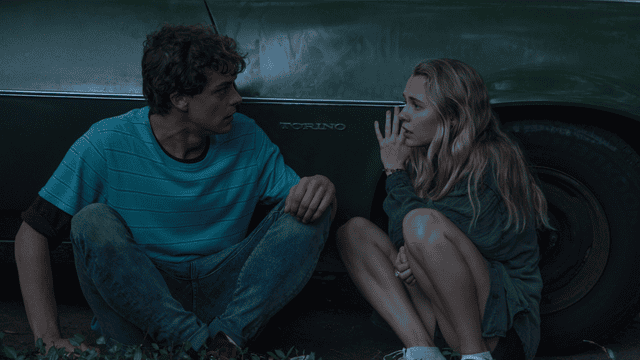 A schizophrenic teen’s world comes crashing down when she thinks her neighbor abducted a child. A reliable buddy lends a hand, however, the protagonist wonders if this person is real.

While After Ever Happy’s romantic drama themes are worlds apart from the psychological suspense of Fear of Rain, the two films share a director. Those who are into the latter will likely be intrigued by director Castille Landon’s films (who also directed its predecessor After We Fell). Landon’s ability to switch gears and experiment with other genres is further highlighted by Fear of Rain. 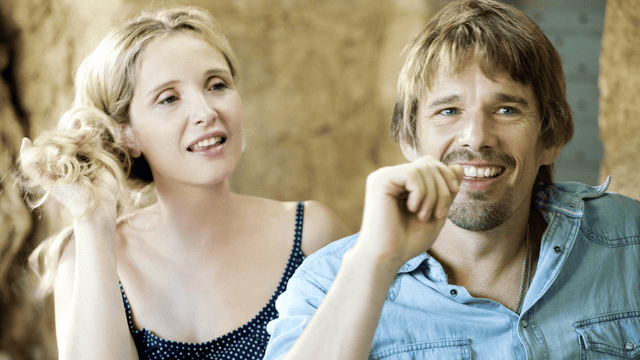 In the final film of Richard Linklater’s Before trilogy, the protagonists take their relationship to a more mature level. After meeting by coincidence in the first film, they speculated about what may have happened in a sequel. However, now that their characters have found one other, Ethan Hawke and Julie Delpy must face the difficulties of commitment and the determination to be together no matter what.

While the love at the center of Before Midnight is much more serious than the YA-style romance in After Ever Happy, the worry about the couple’s future is a universal one. Fans of Before have followed the protagonist’s love story for a long time, and the final act of the film depicts the difficulties and reality inherent in any required romance.

Taylor Lautner House Tour: Gaze Into His Hills Mansion With A Resort Like Ground!