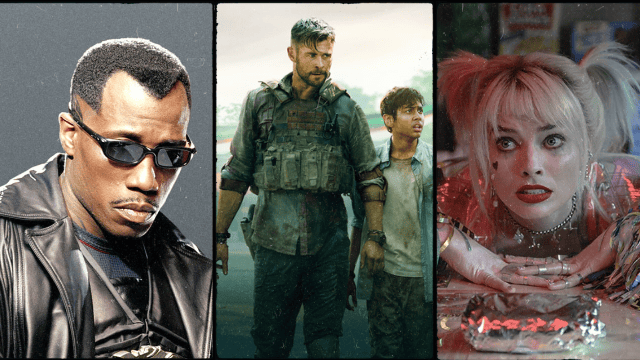 John Wick, both the film and the trilogy, took cues from The Matrix, another groundbreaking action series from the last three decades. They both star Keanu Reeves and have a similar underground rock/metal club vibe that they eventually ditch in favor of the East Asian influences that permeate the film.

John Wick, on the other hand, continues to amaze and excite with its wickedly paced and devilishly violent action set-pieces and world-building while The Matrix is generally thought to have gotten weaker with each sequel. Starz is producing a miniseries named The Continental about the Continental hotel and Winston, who is portrayed in the film by Ian McShane. The series will focus on the hidden society of assassins and criminals.

In terms of action movies from the past decade, few have had as much of an impact as John Wick. It’s crazy to think that two stuntmen with modest second-unit directing credentials made a debut film that had such a huge impact on the genre. Both Chad Stahelski and David Leitch have made enormous contributions to the film industry since the turn of the millennium.

Before their breakthrough smash, they helped improve the action in films like 300, The Matrix Reloaded, V for Vendetta, Ninja Assassin, The Expendables, and more. Stahelski doubled for Reeve in action sequences and coordinated the martial arts stunt work for the later Matrix movies of the 2000s.

Stahelski collaborated with Keanu as his martial arts choreographer on his directorial debut, Man of Tai Chi. Leitch, Reeves, and Stahelski are true action legends, and their collaboration resulted in one of the best action franchises in film history. 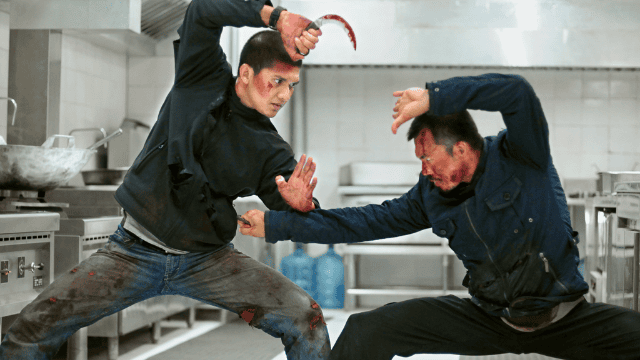 The Raid 2, the high-octane sequel that well outspent its predecessor in terms of quality and price, has been called “the greatest action movie ever” by some. The cast, many of whom also appeared in The Night Comes for Us, gives a rousing display of the combat and stuntwork that no doubt earned them roles in subsequent films.

With this in mind, it seems that this film is their best one yet. Similar to John Wick, there are numerous action sequences and interesting supporting characters, but ultimately it is just one man who faces off against a horde of attackers. 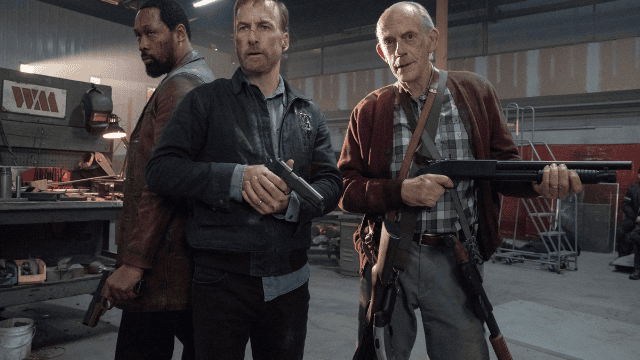 Nobody, a movie that takes the “old guys kicking ass” genre to a whole new level, is the cutting-edge action-filled dark comedy that everyone is talking about. Our film’s inclusion on this list shows that major studios are now responding to what moviegoers want: mindless violence mixed with dark humor.

It’s not the first movie to do this, but it looks like they’ve already got the idea down well, and Bob Odenkirk’s performance and delivery of lines further improve the film. The main character’s incredible fortitude in the face of adversity is reminiscent of John Wick; he or she survives wounds that would have killed anyone else. 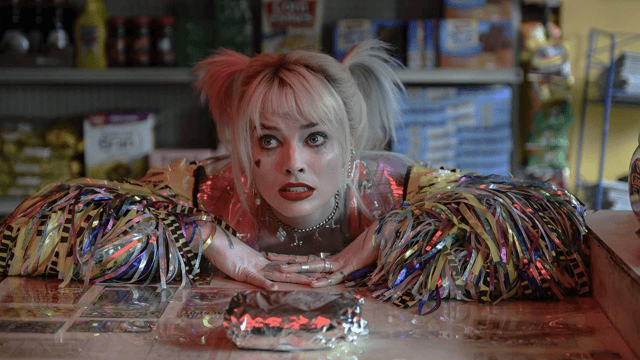 The spectacle is a must in superhero movies. A usual strategy for the genre of CGI spectacle won’t work if your heroes are gritty street-level characters like Harley Quinn, the Huntress, and Black Canary.

Warner Bros. smartly anticipated this, and they entrusted the action sequences in Birds of Prey to 87eleven, the team responsible for the action in the John Wick series. The ultimate effect is some of the most realistic and well-choreographed hand-to-hand fighting seen in a superhero film in recent memory. Birds of Prey demonstrates that fantastic superhero action can be achieved without over-reliance on CGI, whether it is Margot Robbie’s Harley killing an entire police station by herself or the whole team facing off against a gang of masked thugs in a derelict amusement park. 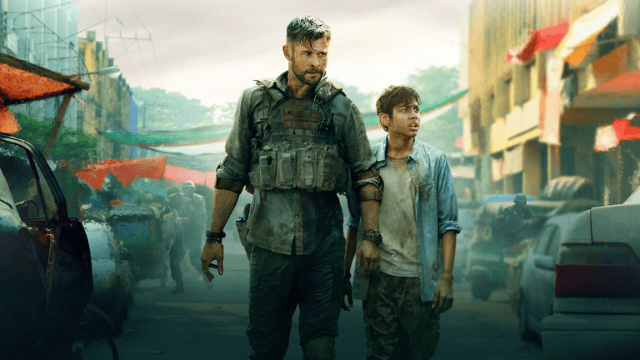 Thanks in large part to Stahelski’s and Leitch’s impressive track records, studios have begun to realize that stunt performers, not directors or producers, are the true experts when it comes to making action sequences work effectively on film. As a result, more people who once worked as stuntmen are having the chance to direct major films like this Netflix original.

Chris Hemsworth and the film’s stunt team are given almost constant opportunities to show off their skills in Extraction, a film directed by Sam Hargrave (the stunt coordinator for multiple MCU films, including Avengers: Endgame) and starring another Marvel mainstay (and its very game superstar leading man). A wide variety of action scenes are shown, from thrilling vehicle chases to violent gun battles to professionally staged gun battles.

It’s clear that the creators of Extraction, a film about a mercenary’s attempt to rescue a kidnapping victim, treated the production as if it were their only chance to make something like it.

At the halfway point of the film, there is a breathtaking sequence in which the protagonist fights his way through a section of urban sprawl in order to protect the target of his mission. Thanks to Hargrave’s seamless editing, the entire sequence feels like it was filmed in a single, unbroken take, which makes the audience’s impression that this is the case seems more plausible. 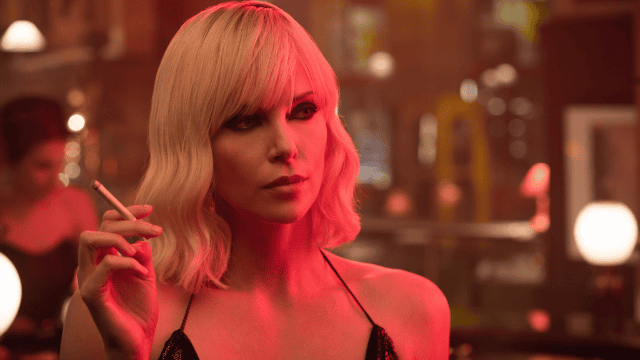 If you like John Wick but can’t stand Keanu, Atomic Blonde is the next best thing. It’s no surprise that it can compete with the Baba Yaga, given that it was directed by one-half of the team responsible for bringing John Wick to life. Lorraine Broughton, a British Royal Intelligence agent stationed in Berlin during the conclusion of the Cold War, is played by Charlize Theron (Mad Max: Fury Road), who is in top form.

This sensual action-spy film avoids becoming too serious thanks to its stylization of the era and locale with neon colors and ’80s remixes. When it comes to using both force and seduction, Agent Broughton proves to be both crafty and resourceful. Battles and gunfights are top-notch, with the apartment set piece serving as a particularly impressive showcase of Broughton’s raw talent.

Fight sequences provide a real sense of weight and brutality. Charlize even managed to top herself with her portrayal of Furiosa. She has James McAvoy (her city liaison) and Sofia Boutella (her weekend lay) by her side as they try to stay alive in the city of spies. 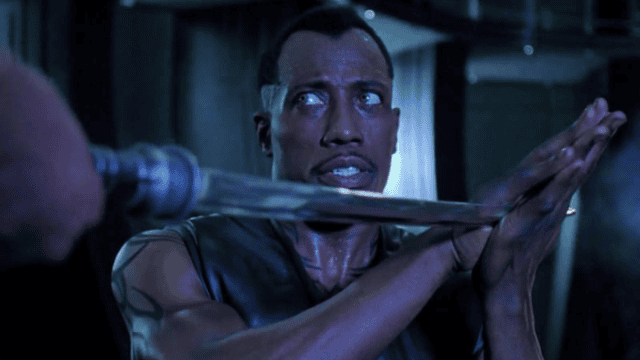 The blade is one of the earliest and greatest adaptations of a Marvel comic book, and it is highly recommended for fans of the action genre. The discussions of R-rated comic book films and comic book movies, in general, tend to overshadow this adaption from 1998. The role of the stoic vampire hunter was perfect for Wesley Snipes.

The grumpy old coach Whistler, played by Kris Kristofferson, is a priceless gem. Blade’s gentler side is called forth, and the film’s heart is warmed by his relationship with Karen (N’Bushe Wright), another human who is exposed to the vampire underworld. However, if the number of dead bodies and the amount of blood in a movie is a must-have for entertainment, then Blade certainly delivers on both counts. 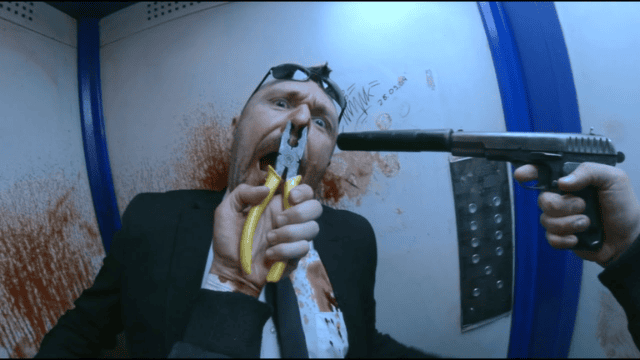 Blade II adds to the terrifying atmosphere of the first game. At a time when a new species of bloodsucking monsters is on the rise in the city, Blade (Snipes) returns and goes on the hunt for a human, his old mentor Whistler (Kristofferson). The CGI is slightly less dated than in the original because of the four-year gap between the films, but the action is still excellent.

Blade’s staff is strengthened with the inclusion of Norman Reedus (The Walking Dead) as the interim guy-in-the-chair in Whistler’s absence. Blade II, like its forerunner, is a fun, lighthearted action flick. This fantastic sequel outdoes the first in every way, and it does so with its sleek action and abundance of camp. 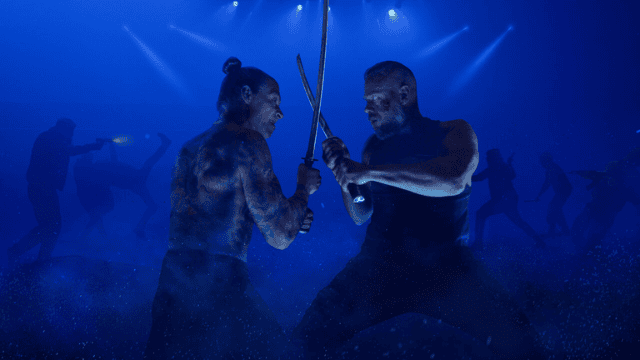 Audiences were instantly drawn to Hardcore Henry in part because of the film’s intense, over-the-top violence. The Bond-like opening is plenty violent to scare off any hesitant viewers, so there’s no need for a warning.

This film is unusual in that it manages to make you care about its protagonist despite never showing him or hearing his voice because it is shot exclusively in first-person. The movie has a fantastic, humorous understanding of how ludicrous everything is, which is highlighted by the introduction of the Sharlto Copley clones. Hardcore Henry is the movie for you if you’re searching for over-the-top action, as it gets progressively more outrageous as progresses to its twisted conclusion. 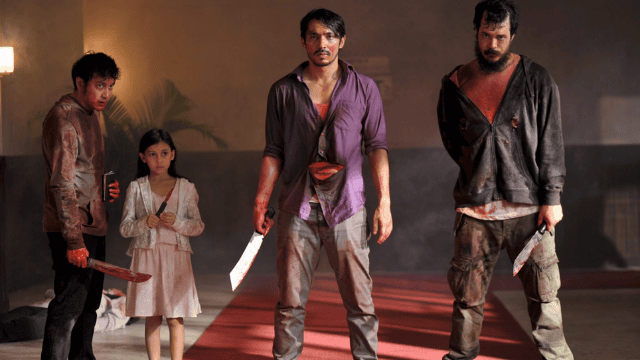 Stuntman-turned-actor Teo Garcia didn’t let the fact that Spain isn’t recognized for its action films stop him from pursuing the genre. The veteran actor’s dream project, Xtreme (aka Xtremo), took years to obtain completely funded and produced in his own country.

As a result, we have a basic action tale with everything the gunplay, martial arts, and general badassery that a fan of the action genre could want, presented with a post-Wick glossy shine. The simplest way to define Garcia’s screen presence in Xtreme is “What if a pit dog could throw spin kicks?” The film’s portrayal of him as a physical menace is key to the success of his combat sequences.

Unfortunately, the picture got buried in Netflix’s apparently endless deluge of material when it was released last year, but it’s still worth tracking down for any action fans wishing to expand their horizons. Oh, and to give you an idea of the kind of violence to expect in Xtreme, at one point Garcia kills some bad guys with a detachable headrest from a vehicle seat. Yes, Keanu approves. 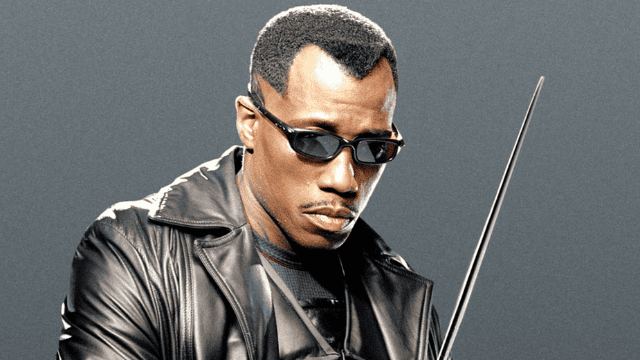 The Night Comes for Us is a great narrative based on the horrific deeds and events perpetrated by the Triad, a Chinese crime syndicate that rules over a huge number of countries throughout the world, and is adapted from a graphic novel of the same name. Blending elements from films like Kill Bill and John Wick, the resulting series of events is bloodier and a little over the top but nonetheless graphic and enjoyable. What sets this story apart is how gloomy and hopeless you feel from the get-go, which is reminiscent of art-house films.