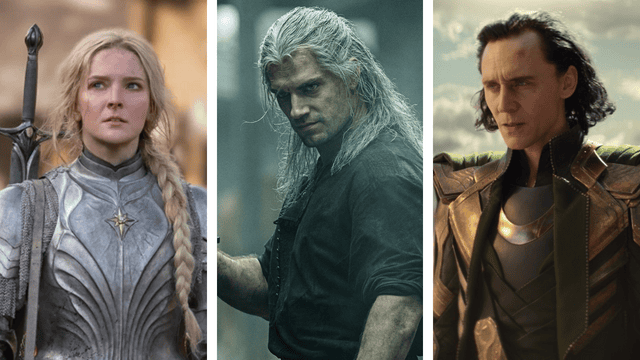 In 2023, would you like recommendations for television programs? If that’s the case, then you should definitely check out one of these Top 10 Fantasy TV Shows to Watch in 2023.

At a time when the entire planet was submerged in the wave of Covid 19, the idea of a pristine Earth free of mandatory marks and disinfectant spray was something of a pipe dream at best. Our understanding of the apocalypse was greatly enhanced by the pandemic.

1. Lord of the Rings

Rings of Power was always going to be one of the most talked about shows of the year, regardless of how well or poorly it performed on the small screen. Lucky for you, Esquire agrees wholeheartedly: this is quality TV. Fantastic television, in fact. This massive Lord of the Rings prequel takes place thousands of years in the past, during the Second Age, which was marked by prosperity, conflict, and new discoveries.

The team behind Rings of Power certainly has a deep respect for Tolkien, as evidenced by the film’s lavish production values, which result in an experience that is captivating, aesthetically magnificent, and suitably legendary. It’s a great joy to wander aimlessly around Middle-earth.

2. House of the Dragon

In what is perhaps the most successful television series ever, HBO has returned to the world of Westeros. House of the Dragon, which focuses on a civil war between the Targaryen dynasty 200 years before the events of Game of Thrones, brings back all the elements that made the original series so popular with viewers: dragons, battles, forbidden passion, political intrigue, and gigantic, swooping beasts.

This fantasy drama series by Lauren Schmidt Hissrich is based on a series of books by the same name by Andrzej Sapkowski. The action takes place on the Continent, an invented continent with a medieval aesthetic.

The premiere episode of the series debuted on Netflix on December 20, 2019. The third season’s debut is scheduled for the middle of 2023 after being renewed in September of 2021.

4. The Wheel of Time

The high fantasy television series based on the novels by Robert Jordan and Brandon Sanderson of the same name was created by Rafe Judkins. An influential women’s group led by a woman named Moiraine is on the hunt for a reincarnated Dragon who can both save and destroy the planet.

Moiraine, played by Rosamund Pike, has been a series regular. The world premiere was broadcast on Amazon Prime Video on November 19, 2021. Even before the premiere, the show was picked up for a second season, which is now scheduled for 2023.

The Last of Us, based on the video game developed by Naughty Dog, will premiere on HBO in 2023. The game’s writer and creative director, Neil Druckmann, is named as a co-creator on the show alongside Chornobyl’s Craig Mazin. The series stars Pedro Pascal and Bella Ramsey as Joel and Ellie, two survivors of the apocalypse who are on a mission to deliver a cure.

It was Loki that introduced variations to the Marvel Cinematic Universe and gave a new spin on the villainous Kang the Conqueror. In Season 2, we’ll watch as Marvel’s trickster deity investigates another universe. If he does, that could fix the timeline. Will there be a permanent alteration to the TVA? Is Mobius going to get his chance to ride a jet ski soon?

Prime Video’s huge success with The Boys made a spinoff aimed toward a younger audience all but inevitable. The series is billed as one in which “Young adult Supes are tested in The Hunger Games-style challenges at the Godolkin University School of Crimefighting, run by Vought International,” because if we’ve learned anything from the success of Squid Game and Yellowjackets in 2022, it’s that adolescent protagonist in dangerous situations are guaranteed to draw viewers in.

This fantasy drama series by Jim Mickle is based on a comic book by Jeff Lemire of the same name. The story takes place in a dystopian future where most humans have been wiped off and a new type of hybrid kid, composed of human and animal DNA, has become the norm.

Christian Convery’s Gus, a ten-year-old who is half human and half deer, is one such hybrid and a series standout. The first episode of the show premiered on Netflix on June 4, 2021; the following month, the show was renewed for a second season. The release of Season 3 is scheduled for 2023.

9. The Legend of Vox Machina

This fantasy series is a grown-up cartoon based on the Dungeons & Dragons Critical Role web series. Season one debuted on January 25, 2022, while season two is planned to air on January 20, 2023, both on Amazon Prime Video. Additionally, on October 6, 2022, a third season has been ordered to air.

The Sandman is the first live-action version of Neil Gaiman’s Sandman comic book series, a dark fantasy about the king of dreams. After nearly a century in captivity, Morpheus ventures back into the Dreaming to round up stray nightmares and stabilize the Unconscious.