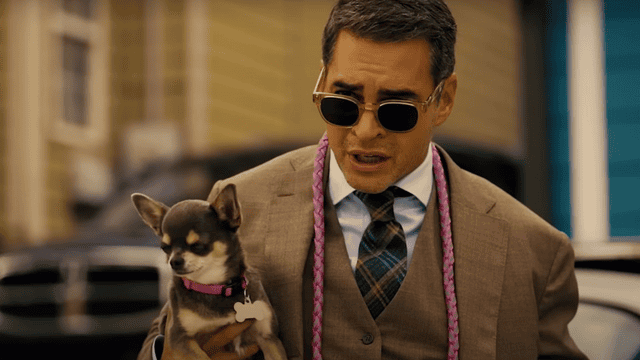 ABC officially aired the procedural crime drama Will Trent, based on the best-selling novel series by Karin Slaughter. The show has just aired two episodes, but it has already received a lot of positive attention from viewers.

The series chronicles the life of Will Trent, the best-performing agent in the Georgia Bureau of Investigations. The release date of the upcoming episode has left viewers anxious. Check out the rest to learn more.

ABC will premiere the third episode of the first season on Tuesday, January 17, 2023, at 10 p.m. ET/PT. Don’t Let It Happen Again is the title of the upcoming episode. Each new episode premieres on Tuesdays, but it is currently unknown how many episodes will make up the first season.

Hulu will begin streaming the third episode on January 19, one day after it airs on ABC. You’ll need a paid membership to the streaming service in order to watch the show online. Hulu’s monthly subscription fees range from $7.99 for the ad-supported version to $14.99 for the ad-free version. New users can try the service for free for 30 days.

Is there a preview for Season 1 Episode 3 of Will Trent?

The preview for the next episode has been posted by ABC. In the preview, Will and Faith are on their way to a small town in search of the killer. It also shows other detectives becoming envious of Will because of how well he can solve cases. The preview is embedded in the article below.

The forthcoming episodes are described as follows: “Will and Faith’s investigation into a small-town murder has major repercussions when a connection is drawn to a decades-long, covered-up cold case.”

Meanwhile, Angie is puzzled by the killing of a security officer and considering whether or not to accept Ormewood’s surprise dinner offer, which could bring up uncomfortable emotions from their past.

In the first episode of the first season of Will Trent, the GBI’s Special Agent Will Trent discovers there’s more to the tale than meets the eye during a murder investigation and uses his instincts and background to get to the bottom of things. He also meets a piece of his past that had an influence on his development as an agent.

Episode 2 of Season 1 of Will Trent sees Will and Faith spring into action after Abigail Campano receives a mysterious phone call. Will’s reluctance to utilise his new partner has caused tension in their working relationship.

The chemistry between Will and his ex-girlfriend Angie is rising as well. Paul Campano (Marl-Paul Gosselaar), who has been thrown into the investigation, is shocked to find the two of them joking again.

Read More: The Last of Us Episode 1 Release Date: Here is What We Know!

How many episodes are there in Season 1 of ‘Will Trent?’

We don’t know how many episodes Will Trent will have yet. Based on the information provided on the show’s IMDB page, though, viewers can anticipate at least seven episodes in the premiere season.

Is there going to be a second season of “Will Trent?”

The second season of Will Trent has not been ordered. However, viewers shouldn’t worry too much about the show’s future.

First off, the first season has only just begun, with a single episode out there thus far. Before giving a programme the green light for a new season, networks typically evaluate viewership data and hold discussions with the show’s creators and executive producers.

Since Will Trent is based on Karin’s book series, which consists of eleven novels, the showrunners have enough material to work with, thus fans need not worry about the programme being cancelled after its first season. In the meanwhile, viewers can only wait patiently for the network to issue an official statement.

Check out brand new episodes of Will Trent every Tuesday night at 10 p.m. EST on ABC, and every Wednesday morning on Hulu.