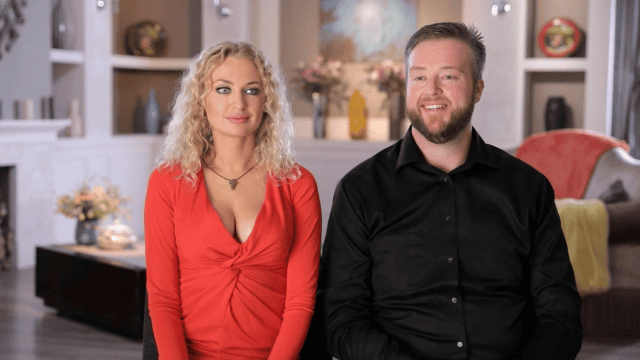 Mike Youngquist and Natalie Mordovtseva’s relationship on 90 Day Fiancé has taken TLC viewers on a wild ride as they try to keep up. The Ukraine-born woman is now documenting her love life on 90 Day: The Single Life.

It looks like her ex-husband from Washington is going to make a guest appearance in season 3, which has led to a lot of rumors that they will get back together. The question is here “Are Mike and Natalie Still Together in 2023?” Let’s Find Out.

When Mike and Natalie started their franchise in November 2019, they were already engaged and waiting for Natalie to get a K-1 visa so she could legally travel to the United States as the fiancee of an American citizen.

The couple met when their mutual friends chose them to be godparents to their child. Things didn’t go as planned when the process took longer than expected. Mike made plans to go to Ukraine to see Natalie because they couldn’t wait any longer to meet in person.

With the K-1 visa and wedding coming up soon, the couple started talking about big issues like religion, money, and whether or not they wanted kids.

They found that they had very different ideas about these things. They had a big fight the night before Mike was supposed to go back to his home in Sequim, Washington, and Natalie put her engagement ring in his suitcase.

Mike and Natalie: Are They Married?

Mike and Natalie did end up getting married, even though there was a lot of trouble leading up to their big day. Online records show that the couple got married on April 15, 2020, in Clallam County, Washington. This was confirmed by In Touch.

Read More: Are Lauren and Nate From “The Ultimatum” Still Together in 2023?

Return of Mike and Natalie for Happily Ever After? Season Six

Unfortunately, the couple’s marriage wasn’t without its challenges. When they came back for 90 Day Fiancé: Happily Ever After?, their union had already fallen apart. A significant turning point occurred while they were in Oklahoma spending Thanksgiving with Mike’s mother, Trish, according to their scenes, which looked to have been shot in the fall of 2020.

Mike and Natalie visited Trish while staying at her house, but Natalie thought Trish wasn’t very hospitable to her. Additionally, Natalie felt betrayed by Trish on several occasions, including when Trish insisted on taking her to a nearby butcher shop despite knowing that Natalie is a vegetarian.

Insisting Natalie work as an interpreter rather than pursue her dreams of becoming an actress and a journalist, and when Trish allegedly called Natalie a “hooker.” The fact that Natalie was referred to as a “hooker” by Trish, despite denials from Mike and Trish, was the final straw for the blonde beauty.

She informed Trish that she had spoken to her mother and that she had been warned not to speak to Trish on the morning that she and Mike were scheduled to fly back to Washington. “I apologize. My mother has my ear. Bye, “Before turning back and leaving Trish’s house to wait in the car, Natalie remarked. 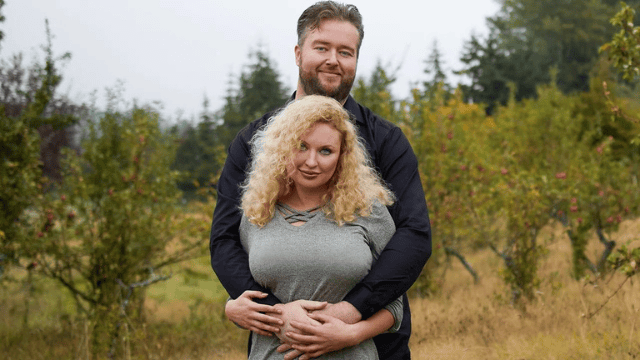 Natalie refused to discuss her problems with Trish and Mike, and until they arrived at the airport, she gave them both the quiet treatment. When they got there, Natalie bypassed Trish in the airport security queue without saying goodbye.

Mike hasn’t been in as many 90-Day Fiancé spin-offs as Natalie has, but when he showed up in the 90 Day: The Single Life season 2 Tell-All, it was a big surprise. Mike told everyone that Natalie had already been married.

He said he was her third ex-husband, which is true. He also told her that he hadn’t filed any of the paperwork she thought had been done for her change of status. Because of this, she could have been sent away.

But she’s still in the U.S., which confuses fans and makes them wonder what’s going on between her and Mike. Mike’s last appearance on 90 Day Diaries was in April. In that episode, he said that he was now living with his mom at his ranch.

Mike came to Natalie’s defense when Trish said she was a con artist. He said he has “good memories” with Natalie. Now that the third season of 90 Days: The Single Life is over, it looks like Natalie is no longer with Josh or Mike.

But Mike did go to the Tell-All with her, so who knows if they will stay together. Fans don’t know if Mike and Natalie are back together as a couple. No matter what, people think that any 90-Day Fiancé spin-off that Mike and Natalie are in will be interesting to watch.