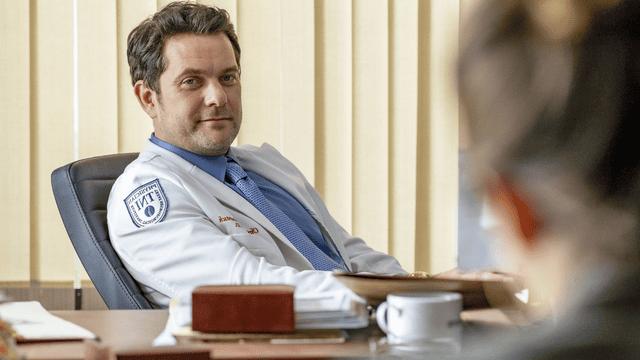 Who is Dr Death Based on? Who is Christopher Duntsch?

Who is dr death based on: Peacock’s new medical drama series Dr. Death stars Alec Baldwin and Christian Slater as two doctors who struggle to stop the craziness of a sadistic neurosurgeon (played by Joshua Jackson). Before production delays brought on by COVID-19, the show had cast Jamie Dornan in the lead role.

The series is directed by Maggie Kiley and executive produced by Patrick Macmanus, and it follows the life of “young, charismatic, and ostensibly brilliant” Dr. Christopher Duntsch as he builds a successful medical practice in Dallas, Texas. However, viewers may be left wondering if the events depicted in the show are based on actual events.

Dr. Duntsch presented a confident and competent front to the public, but his patients were suffering terrible injuries and even passing away after undergoing what should have been simple spinal procedures. Dr. Duntsch’s crimes were only uncovered because of the efforts of two other local doctors, neurosurgeon Robert Henderson (Baldwin) and vascular surgeon Randall Kirby (Slater). According to the official synopsis, “Dr. Death investigates the sick mind of Dr. Duntsch and the shortcomings of the system created to safeguard society’s most vulnerable citizens.”

Is Peacock’s Dr. Death a fictionalized account of a real person or event? Here is everything we have learned:

Is Dr. Death based on a true story?

Dr. Death is based on the real-life story of Texas surgeon Christopher Duntsch, who was given a life sentence in 2017 for the horrific injuries he inflicted on 35 of his 37 patients between 2011 and 2013.

Time reports that 33 of the 37 individuals suffered some sort of injury as a result. After undergoing his operations, some of his patients awoke paralyzed and/or in constant pain from nerve damage. One patient died from massive blood loss following surgery, and the other suffered a stroke due to a severed vertebral artery, both caused by Duntsch’s carelessness. An acquaintance from Duntsch’s youth visited him for a spine operation, but the doctor accidentally severed the patient’s vertebral artery, leaving him a quadriplegic.

During his time working as a neurosurgeon in hospitals in the Dallas-Fort Worth area of the United States, Christopher Daniel Duntsch earned the nicknames “Dr. D” and “Dr. Death,” respectively, from his patients for his egregious mistakes that left their spines permanently damaged and even led to the deaths of two people.

Before having his license suspended by the Texas Medical Board, Duntsch was accused of harming 33 of 38 patients in under two years. He was found guilty of maiming one of his patients in 2017 and given a life sentence.

Read More: Who is the Dropout Based on: What Happened to Elizabeth Holmes?

Duntsch initially put a lot of effort into the research portion of his Ph.D. Numerous biotech companies and academic publications bore his name, and he himself was involved in several of them. Nonetheless, Duntsch owed more than $500,000 by the time he met Young. He made the wise decision to pursue neurosurgery, a potentially profitable specialty. Duntsch relocated to Dallas, Texas, in 2010. He convinced Young to accompany him, and she accepted because she had spent her childhood in the Dallas region.

After fifteen years of education (medical school, residencies, and a fellowship), his resume read like a who’s who of medical professionals. It was twelve pages long, and it was all single-spaced. The doctoral program in microbiology that Duntsch claimed to have completed at St. Jude Children’s Research Hospital did not exist at the time he claimed to have attended.

Duntsch took a position as a minimally invasive spine surgeon at Baylor Regional Medical Center at Plano (now Baylor Scott & White Medical Center – Plano), where he was offered a base salary of $600,000 plus bonuses.

Was a podcast the inspiration for Dr. Death?

Dr. Death is also based on a Wondery podcast of the same name, which chronicles the rise and collapse of neurosurgeon Dr. Duntsch and his practice, which harbored many sinister secrets.

Where to watch Dr. Death?

Dr. Death is available on Peacock. The popular shows are available to stream on any device that can connect to the Peacock platform, including computers, Rokus, iOS, Android, Apple TVs, and more.

Sadly, “Into the Badlands Season 4 Release Date” Has Been Cancelled!