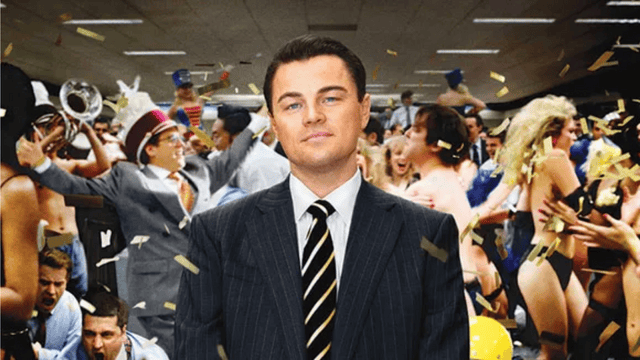 Extreme office parties stocked with every drug imaginable and “dwarf tossing” are just two of the jaw-dropping scenes in this film. This seems like the makings of a fantastic movie, but how much of it is based on actual events?

Is the Wolf of Wall Street a True Story?

The shenanigans depicted in “The Wolf of Wall Street” are based on real events. The true narrative of “The Wolf of Wall Street” is told in Jordan Belfort’s autobiography of the same name, published in 2007. It details his career in white-collar crime and financial fraud. Belfort, portrayed by Leonardo DiCaprio, is shown as the founder of the wildly successful over-the-counter brokerage business Stratton Oakmont. Belfort employed pump-and-dump techniques with penny stocks while heading Stratton Oakmont, a firm that was finally shut down in the ’90s.

Money laundering, copious amounts of cocaine use, driving while under the influence of quaaludes, crashing a helicopter, sinking a yacht, and other wild actions are depicted in The Wolf of Wall Street alongside Belfort’s company’s financial scams and schemes. Time claims that the events shown were based on true stories.

Who is Jordon Belfort?

He is an American businessman, public speaker, author, and ex-stockbroker who also committed financial crimes. Jordan Ross Belfort. He admitted to stock market manipulation and operating a boiler room as part of a penny stock scheme in 1999 and was convicted of fraud and other charges.

As part of an arrangement, Belfort served 22 months in prison and testified against many of his fraud scheme co-conspirators and subordinates. In 2007, he released the autobiography The Wolf of Wall Street, which was later turned into a film by Martin Scorsese and starring Leonardo DiCaprio in 2013. 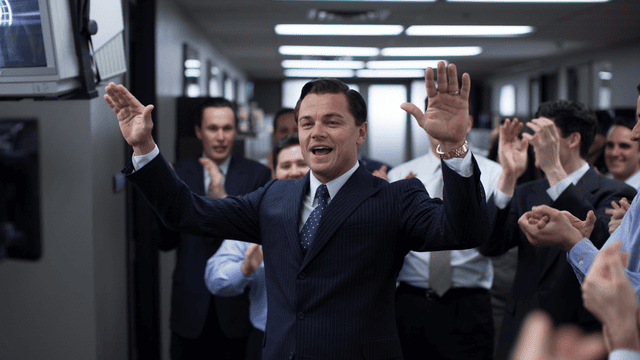 Belfort and his best buddy from boyhood, Elliott Loewenstern, made $20,000 between graduating high school and enrolling in college by selling Italian ice out of cardboard coolers at a nearby beach. With a focus on biology, Belfort completed his undergraduate studies at American University. After deciding to attend dental school, Belfort used the money he had made working with Loewenstern to enroll in the University of Maryland’s DDS program.

After hearing those words from the school’s dean on his first day, he decided to leave “This era of dental care’s heyday has come to an end. If you’ve found this site because you want to get rich quick, you’ve come to the wrong place.”

Read More: Is the Marvelous Mrs. Maisel Based on a Story That Really Happened?

Where is the Wolf of Wall Street‘s Jordon Belfort Now?

Investopedia reports that Belfort spent only 22 months in prison while being sentenced to four years for his crimes. The court mandated that Belfort pay back his fraudulent investors 50% of his earnings from the time he was released in 1997 until 2009. According to Investopedia, even though federal prosecutors filed a lawsuit against Belfort in 2013 alleging he didn’t pay the necessary amount of income tax, he eventually negotiated a bargain and paid the restitution in full. Belfort is now a successful motivational speaker who uses his life experience to teach others.

The Wolf of Wall Street: Plot

With the help of Mark Hanna, Jordan Belfort gets a job in 1987 as a Wall Street stockbroker for L.F. Rothschild. Almost immediately, he is sucked into the drug-fueled lifestyle of stockbrokers and Hanna’s view that a broker’s primary motivation is to increase his own personal wealth. After losing his job on “Black Monday,” the largest one-day loss in stock market history, Jordan decides to work for a boiler room brokerage firm on Long Island that focuses on penny stocks. Jordan’s high commissions and aggressive sales approach have made him wealthy.

Eventually, Jordan becomes close with his next-door neighbor Donnie Azoff, and the two of them launch their own business. They bring on numerous of Jordan’s pals, whom he then instructs in the finer points of the “hard sell.” Jordan’s pump and dump method, in which he inflates the price of a stock by providing misleading, positive remarks and then sells it at the inflated price, has been mainly successful due to his salesmanship and aggressiveness.

The victims of a Ponzi scheme are left holding shares of stock that are suddenly worth substantially less than what they purchased for them when the scam’s perpetrators sell their overvalued assets at a massive price drop. In 1989, Jordan changes the company’s name to the more respectable-sounding Stratton Oakmont to hide this.

Thousands of eager new financiers join his firm after reading about him in Forbes. Jordan achieves meteoric success, but his newfound wealth leads him to indulge in a life of prostitution and drug use. When his wife finds out about his affair, Jordan divorces her and marries Naomi Lapaglia in 1991. Meanwhile, the SEC and the FBI launch their own investigations into Stratton Oakmont.

The Wall Street Wolf: Where to Watch?

You can watch “The Wolf of Wall Street” now on a variety of streaming services like YouTube, Google Play, iTunes, Vudu, Amazon Prime Video, and FandangoNow. The film is not currently streaming on services like Netflix or Hulu, unfortunately.