Who is the Dropout Based on: Have a hankering for some high-class crime this spring? Because Hulu has released the final season of The Dropout, you no longer have to worry. This eight-part drama, starring Amanda Seyfried and Naveen Andrews, examines what occurred when a Silicon Valley star player took things a bit too far.

The Dropout is one of the more outlandish shows based on real events, even at a surface level. Awkward Star Wars references, awful dancing, and a weirdly deepened voice fill the screen. But I think that’s what makes this series so interesting. Almost every detail of The Dropout is based on actual events. Here is a crash course in the many deceptions and wrongdoings perpetrated by Elizabeth Holmes, Sunny Balwani, and Theranos.

Is The Dropout Based on a True Story?

Finding out that your new favorite show is based on real events is guaranteed to send you into a binge-watching and research frenzy. Fans of dramatic works like WeCrashed and Inventing Anna may be wondering if the film The Dropout is likewise based on a true story.

The correct response is “yes.” The Dropout, like many recent hit series, is inspired by the life and fall from grace of Theranos’s founder, Elizabeth Holmes. To be more specific, Rebecca Jarvis and ABC Audio’s The Dropout podcast reveal Elizabeth’s backstory, which serves as inspiration for the film.

In its inaugural season, the popular podcast featured in-depth interviews with former Theranos staff, patients, and investors and debuted in August of 2021. Also shown was Elizabeth’s own never-before-aired deposition testimony; she was found guilty of wire fraud and conspiracy to conduct fraud against investors in January 2022.

The Hulu adaption begins in 2003 when Elizabeth first establishes her health tech business Theranos. Elizabeth, then only 19 years old, decided to forego finishing her sophomore year at Stanford University in favor of focusing on her startup, hence the podcast and program are aptly titled The Dropout.

What Is The Dropout About?

Hold on to your seats, because we’re about to embark on the technological equivalent of a roller coaster. In 2003, Elizabeth Holmes was practically alone in a position to revolutionize the medical technology industry. In that year, Holmes launched Theranos, a healthcare technology firm built around a single innovation. 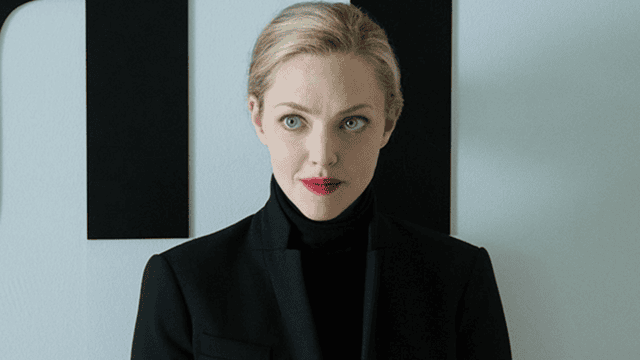 Imagine if a single drop of blood could be used by a machine to do hundreds of tests, eliminating the need for multiple visits to the doctor and his/her enormous, scary needles. The technology has the potential to make routine medical treatment more affordable, easily accessible, and less stressful for the common person.

There was instant support for the concept. Theranos was valued at $9 billion in 2015. Holmes is the youngest and richest self-made female billionaire in America, according to Forbes. More than forty Walgreens stores were set to receive Theranos’ unique blood testing machine, the Edison. The company also has partnerships with Safeway and the United States government.

Read More: Who is the Morning Show Based on? All About This Series!

All of this may seem too wonderful to be true, and you’re on the right track. Edison was always faulty. The machine could do 12 tests at most, significantly less than the 1,000 tests Theranos said it was capable of. Academics and reporters brought down the whole system.

Now that the offenses have been discussed, shall we go on to the sanctions? Investing fraud was one of four charges of which Holmes was found guilty in January. These included one count of conspiracy to conduct wire fraud and three charges of wire fraud. In her trial, Holmes did get a break. Four counts of patient fraud were dropped after a trial in which she was found not guilty.

Homes’ sentencing is scheduled for September 26 of this year, and she is presently awaiting it. For each count of wire fraud, she faces a maximum of 20 years in prison, a $250,000 fine, and restitution. Holmes is currently out on bail pending the outcome of her next trial. Let’s just forget about the sizzling summer season for women. The Holmes girl summer is here.

What Happened with Theranos?

In spite of the fact that the lies that supported Theranos’s foundation were exposed in 2015, the firm continued to operate for another three years. The Centers for Medicare & Medicaid Services visited one of the company’s facilities after the reports in The Wall Street Journal and concluded that it constituted an “immediate threat” to patient health.

The announcements that Walgreens and Capital BlueCross will halt Theranos testing came around the same time. The Securities and Exchange Commission thereafter emerged. The corporation was criticized for allegedly deceiving shareholders and government authorities about the capabilities of its technology.

On September 4, 2018, Theranos formally ceased operations. Investors were informed through email that the company was shutting down and that any leftover cash and assets would be distributed to creditors. Holmes paid $500,000 to resolve the SEC probe, gave up 19 million shares of company stock, and agreed to be forbidden from holding a leadership position in any public firm for ten years. Balwani remained restless and did not settle down.

Where Can I Find a Film About Elizabeth Holmes?

It’s possible that you’ve seen this plot before. The documentary The Inventor: Out for Blood in Silicon Valley was released in 2019 by HBO and director Alex Gibney. It is often cited as a partner work to Carreyrou’s Bad Blood.

The Inventor is a wonderful choice if you want to watch something that discusses the crimes Holmes and Balwani performed in detail. If you want to really appreciate how scary Amanda Seyfried’s monologues are in The Dropout, this is the film to watch before diving in.