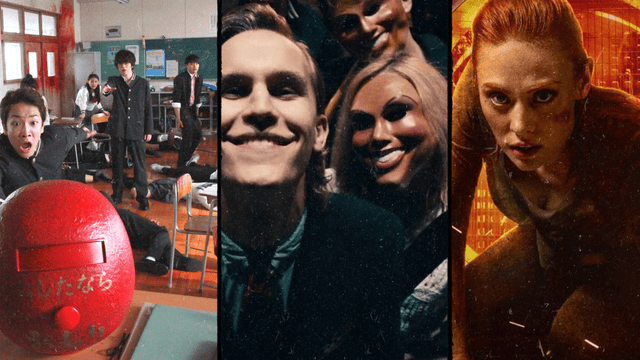 Movies like squid game: Fans of Squid Game are probably looking for a comparable show to tide them over while they wait for season 2 to be released. To what extent do we blame them? In no way, shape, or form. The psychological K-drama has shown its widespread popularity with record-breaking streaming numbers in a short period of time.

Most of the action revolves around a competition with a prize that many participants are willing to risk their lives to win. A total of 456 participants are ready to take part in a series of childish games with fatal consequences. A massive $45.6 billion is at stake. In a nutshell, the show provides an unabashedly sincere examination of the human condition and is highly relatable.

There is a void in your life that only Squid Game can fill, and at this point, no amount of viral memes or TikToks will do. So, to help you pass the time while you wait, I’ve compiled a list of 10 films that are sure to put you in the mood for Squid Game. 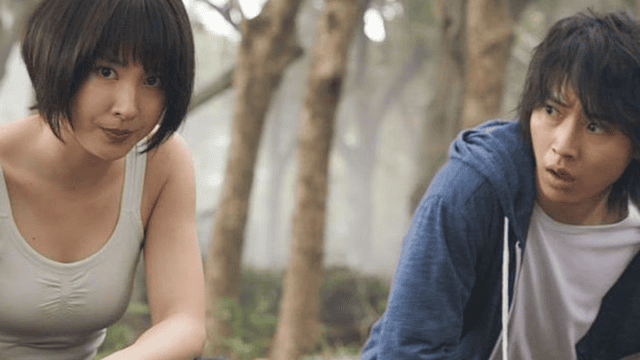 By a wide margin, Alice in Borderland is the show most commonly likened to Squid Game. A genius gamer who never reached his full potential, Arisu finds himself in a desolate version of Tokyo, where he must play games with his life on the line in order to avoid being lasered in the head by an unknown force.

If you make it out alive, you’ll be given a “visa” good for several days, after which you’ll have to voluntarily return to another game. Allegiances are formed, friendships are tested, and betrayals occur naturally. 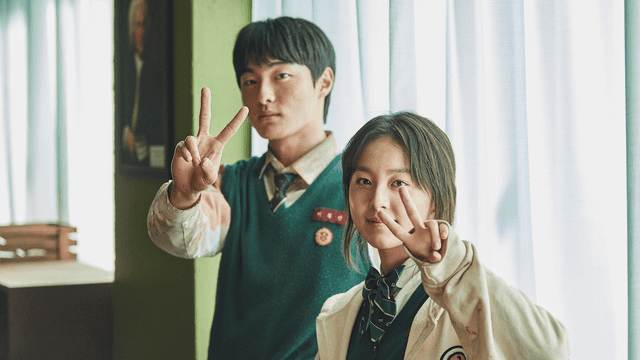 Netflix’s All of Us Are Dead is one of South Korea’s biggest international successes, joining a canon that includes other zombie tales like The Walking Dead and Memoirs of a Geisha. As of now, it ranks as Netflix’s third most-watched non-English series ever. In this chilling thriller, kids at a high school are infected with a zombie virus and must fight for their lives against flesh-eating creatures, some of whom were their human friends just minutes earlier.

You may recognize Lee Yoo-mi from her role as the selfless Player 240 in Squid Game, and she joins Yoon Chan-young, Park Ji-hu, Park Solomon, Cho Yi-Hyun, and others in this series. The webtoon Now at Our School, from which All of Us Are Dead was adapted, provided inspiration for the film’s unique young protagonists and its setting that turned regular classrooms into bloody battlefields.

The show’s examination of Squid Game-esque themes, like the corruption of authority and the abuse of power, become more apparent as the virus spreads outside the school’s boundaries. It’s a Kat Moon thing 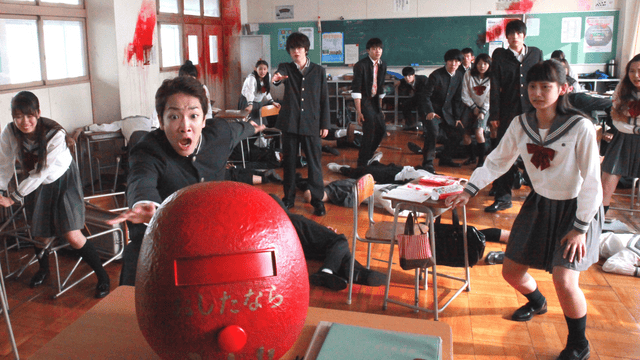 This Japanese horror film, directed by Takashi Miike, is based on a manga series of the same name. The plot of the film centers around a juvenile video gaming addict who, one day at school, is forced to play a game of “Statues,” also known as “Red Light, Green Light,” in which the ultimate consequence for losing is death.

The remarkable similarities to Squid Game continue throughout the rest of this spooky horror film, which features memorable death games and characters who will elicit even more empathy from the audience because of their age and predicament. This film is ideal for those who enjoyed the suspenseful moments in Squid Games and are eager for more true supernatural horror. 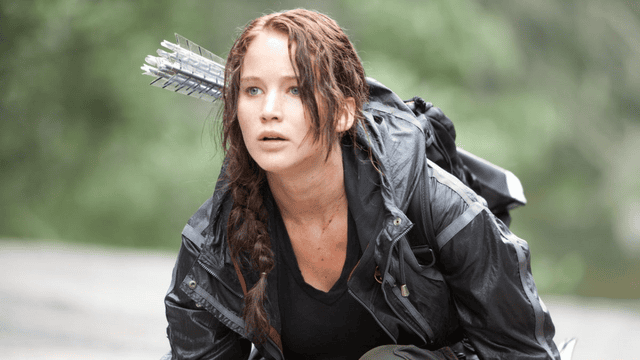 Jennifer Lawrence, an Oscar winner, was already on the up-and-up in Hollywood when The Hunger Games came along, but the franchise made her a bona fide celebrity and household name. The success of the first movie led to three more installments and a forthcoming prequel movie, The Ballad of Songbirds and Snakes.

The Hunger Games is a film adaptation of a book series of the same name. In the film, “tributes” compete for survival while the rest of the population watches on television. Though both take place in dystopian futures, the events in Squid Game feel a bit too close to home, while The Hunger Games still seems like a long way off.

JustWatch can help you locate a streaming service or purchase the DVDs necessary to view The Hunger Games. 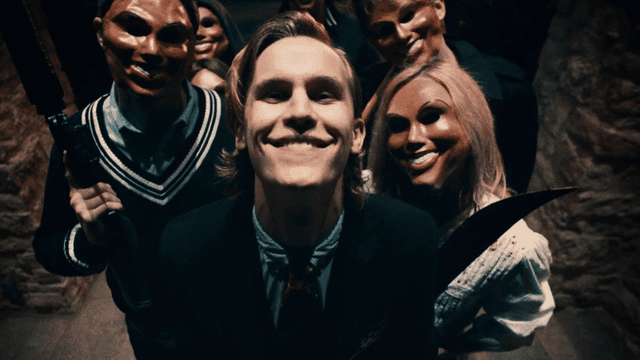 What began as a low-budget horror film has grown into a successful franchise that has expanded onto television. Crime appears to have been eradicated across the United States in The Purge, but this is an illusion created by the annual 12-hour period when all laws are suspended.

That involves a wide range of criminal acts, from stealing to setting fires to, of course, killing. Few people in the five films about The Purge so far have managed to avoid giving in to their neighbors’ horrible impulses. The USA Network aired two seasons of a television series with the same name before canceling it.

JustWatch can help you locate a screening of The Purge near you. 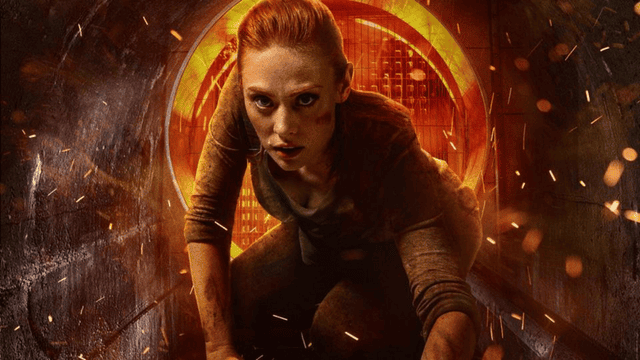 They start a series of tricky activities that push their mental and physical boundaries and offer a grand prize of $10,000 if they can complete them. You may have a similar sensation to that of the Squid Game, despite the fact that this one is a little more on the bloody and gory side. 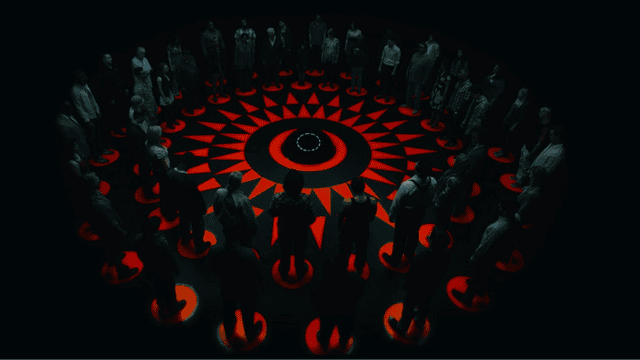 Circle’s bizarre and interesting premise begins with 50 complete strangers awakening in a dark room together. Initially, they have no clue as to where they are or why they are even there. One death occurs every two minutes, and that’s the only pattern we can make out. Things get up as the group understands they have the power to vote out other strangers in order to ensure their own survival. When secrets are revealed, friendships are formed, and lives are lost, the true character of humans is shown. 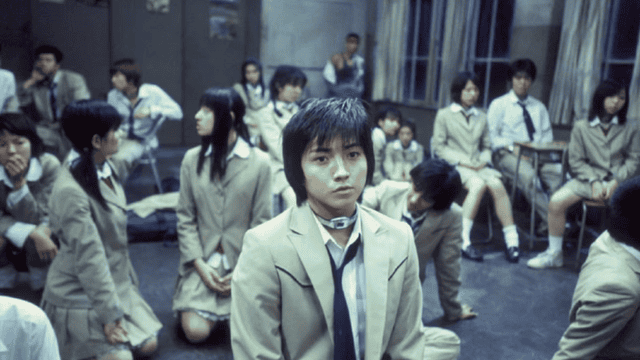 You’ll find some similarities between this contentious work and the American adaptation, The Hunger Games. The film Struggle Royale is based on a banned novel that imagines a dystopian future in which 9th students are selected at random and pitted against each other in a horrific battle to the death.

True, it’s not fun to see teenagers kill each other. In spite of the brutality, it is interesting to see the conventions of high school films emerge. 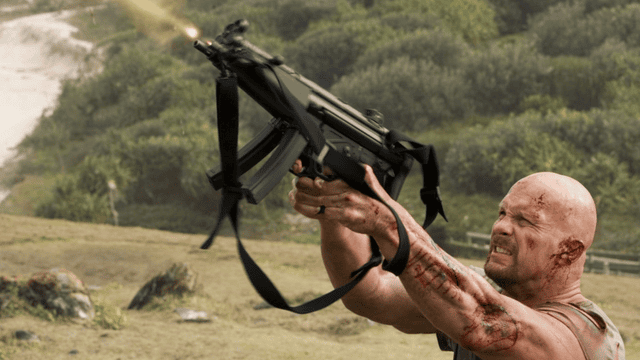 Even though it’s not as sincere as Squid Games, The Condemned is still a signature nasty game with plenty of brutalities. Jack Conrad (Steve Austin), a death row inmate in a corrupt prison, is the focus this time around.

A wealthy TV producer buys him, and he and eight other convicts are sent to a South Pacific island, where they must fight to the death for their freedom and a handsome prize. Forewarning: there is a lot of melodramatic violence and unjustified cheesiness, yet the movie is nonetheless enjoyable despite these flaws. 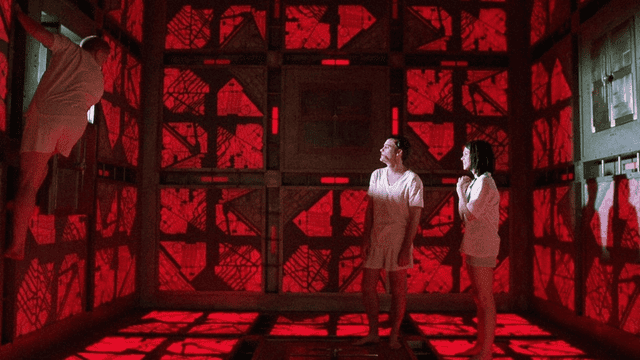 Although the dialogue is weak, the subject and execution of this independent science fiction horror film more than make up for it and have earned it a cult following since its 1997 premiere. After waking up in a cube-shaped metal room, five strangers try to find their way out with the help of someone who is familiar with the institution.

They quickly figure out that their cube is surrounded by others just like it. The movie is both entertaining and disturbing because it puts viewers through the paces of solving mathematical equations and using brute force to make their way from room to room in a building that they estimate has 17,576 rooms.