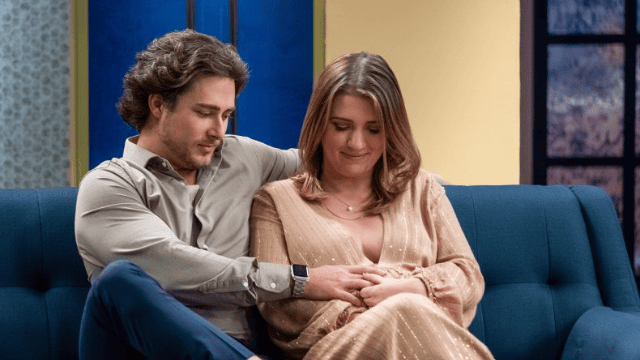 The first season of The Ultimatum: Marry or Move On was hard for Madlyn Ballatori and Colby Kissinger, but since they got married at the end of the season, they have been happier than ever.

When Madlyn and Colby appeared on The Ultimatum on Netflix in early 2022, Colby was ready to marry Madlyn, but Madlyn wasn’t sure about the idea.

As part of the experiment, the cast of The Ultimatum was able to switch partners. Colby moved in with April Marie, who used to be Jack Cunningham’s girlfriend but is now his ex-girlfriend. Madlyn, on the other hand, lived with Randall Griffin, who is still with Shanique Imari.

Many of our articles have been about reality shows. Clayton and Susie, Nick and Danielle, and Lauren and Nate are all examples of couples. We told you if they are still together or not.

Madlyn and Colby Welcome Their Daughter in May 2022!

Madlyn and Colby from The Ultimatum are still married in November 2022, and their daughter Josie, who was born in May 2022, is a big part of their lives. Since Josie was born, Madlyn has posted a lot of pictures on Instagram of the Kissinger family and their adventures. For Halloween, the three of them dressed up as farmers.

Madlyn from The Ultimatum already misses being pregnant and is a strong supporter of breastfeeding. She often praises Colby for being a good father, and if her social media posts are any indication, she has a great relationship with her in-laws.

Madlyn Denied Being Pregnant While Filming!

Some fans were confused because Madlyn looked seven months pregnant at the reunion. They thought she might have been pregnant while filming. But the reality TV star put an end to the rumors by posting a screenshot of an article that said when the cast filmed the season on her Instagram story.

The article said that the Netflix dating show would start filming in March 2021 in Austin, Texas and that the cast would get together again in February 2022.

Madlyn added a text saying that she and Colby got married in May 2021 and are planning to have a baby in late April or early May 2022. Since they probably got pregnant four months after getting married, in August 2021, she wasn’t pregnant when they were filming.

What Happened Between Madlyn and Colby on ‘the Ultimatum’?

In the first episode, Colby was crazy about Madlyn. But she wasn’t sure if she could give him her full attention. After a week, Madlyn went to speed dating, and she and another participant, Randall, hit it off right away. Colby’s first feelings for Lauren quickly faded after she got engaged on the show to her long-time boyfriend Nathan. 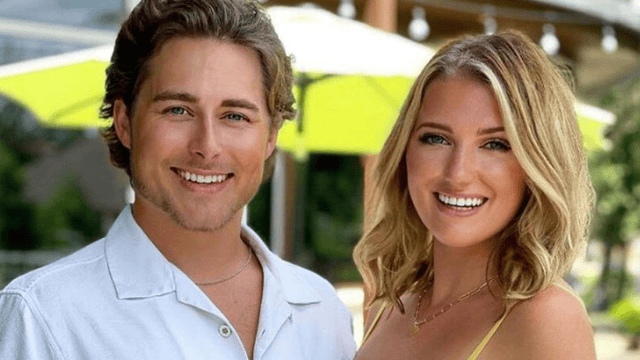 Madlyn and Randall had a good time living together, but by the end, Madlyn was ready to try again with Colby. On the other hand, Colby and April, his new partner, had become closer. Both of them found it hard to move back in together, especially after Madlyn saw Colby’s texts to other women that said they were in an open relationship.

Colby Posted “Unseen” Footage of Their “Second Wedding” to His Instagram Story.

Madlyn and Colby got married right away after he proposed to her in the finale, but their marriage wasn’t legal. So, the next day, they went to a courthouse and made their marriage official.

In April 2022, a week after the reunion aired, Colby posted “unseen” footage of their big day on Instagram. Set to Pastis’ “Give It All Up,” the minute-long clip showed the happy couple walking into court together, where a judge married them.

describe your favorite Madlyn reaction in an emoji 🤔 pic.twitter.com/gQCzu8H8Cp

The couple said their vows, kissed and exchanged rings before the judge gave them their marriage certificates, which they showed off in more than one photo.

Colby also posted the video to his Instagram story, where he gave it more context by saying, “Check out our second wedding and stay tuned for the third (Colby’s dream wedding).” You can watch The Ultimatum: Marry or Move On on Netflix.

Are Colby and Madlyn Still Together in 2023?

They’re still together for sure, and they’re even getting married and having a baby! “Getting married is a whole new ball game for us,” says Madlyn. Then she told us the big news: “We’re going to have a baby!” We’re 35 weeks pregnant.”

Madlyn was worried that her dad would be upset that he couldn’t be at her wedding, but she says he’s been “very happy” and “very supportive” of everything. She says, “Colby did drive up to Houston and talk to him about it first.” So, my dad couldn’t be happier for us, and he’s even happier about our new baby.

The couple also plans to have a bigger wedding that won’t be on a reality show at some point. Madlyn says, “Right after filming, I went and got my dress.” “I thought, ‘I need my dad to walk me down the aisle.'” Now I can’t fit in it, but as soon as I can, we want to get everyone together and do something to celebrate or renew our vows.