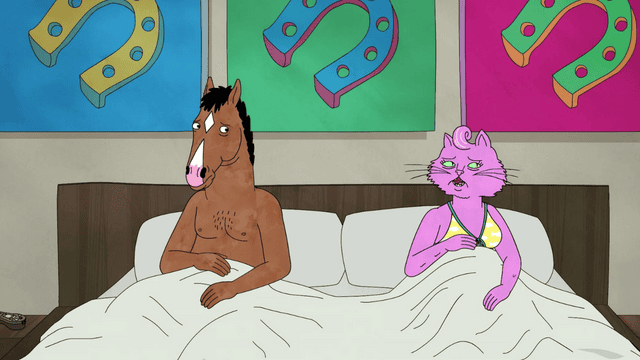 Who is Bojack Horseman Based on? Who is Raphael Bob-Waksberg?

BoJack Horseman, developed by Raphael Bob-Waksberg, is a black comedy-drama American animated sitcom for adults. Will Arnett, Amy Sedaris, Alison Brie, Paul F. Tompkins, and Aaron Paul all lend their voices to the film. BoJack Horseman (Arnett) is a former sitcom star and an anthropomorphic horse who moves to Los Angeles and hires ghostwriter Diane Nguyen to help him write an autobiography so that he may get back in the public eye (Brie).

It follows him as he struggles with his mental health, his agent Princess Carolyn (Sedaris), his erstwhile competitor Mr. Peanutbutter (Tompkins), and his roommate Todd Chavez (Paul). Lisa Hanawalt, a longtime friend of Bob and Waksberg’s co-creator of the webcomic Tip Me Over, Pour Me Out, is responsible for the series artwork.

Who is BoJack Horseman Based on?

Numerous viewers have theorized that BoJack Horseman is based on an actor from a popular comedy from the ’90s. Fans speculate that it may be any of the main actors from Full House, another show that appears to have influenced the plot of the fictitious sitcom Horsin’ Around. The real-life influence of the anthropomorphic horse, if any, has not been officially named by Bob-Waksberg and Hanawalt, but they have given credit to series with similarly sarcastic tones, such as Californication.

According to Bob-Waksberg, BoJack is “someone who’s had every opportunity for success but still can’t find a way to be happy.” Hopefully, by the conclusion of Season 6, BoJack will have achieved some self-actualization and the top will no longer feel so lonely to him.

Raphael Bob-Waksberg and Lisa Hanawalt have been long-time friends.

You can’t only blame Netflix for the appearance of BoJack Horseman. Writer Raphael Bob-Waksberg and illustrator Lisa Hanawalt worked together on the program out of a genuine desire to create something special. Both individuals attended Palo Alto High School together. Hanawalt and Bob-Waksberg first met when Bob-Waksberg cast him in the school production of “The Family Continues.” Each other’s company was frequently sought in the drama department’s “green room,” a classroom used for rehearsals and performances.

I think we were drawn to each other as like-minded weirdos,” Bob-Waksberg told The New Yorker. While Bob-Waksberg was waiting for courses to end, Hanawalt would doodle cartoon figures in her sketchbook. To paraphrase what Hanawalt stated, “I don’t think either of us honestly anticipated we’d be doing it later in life.”

Read More: Who is True Story Based on? Who is Kevin Hart?

In order to attend Bard College, a private institution in New York City, Bob-Waksberg relocated there. Hanawalt, meantime, enrolled at UCLA to pursue his art degree. Lisa was a freelance illustrator who contributed to several newspapers and magazines. The Olde English Comedy Troupe included a member named Bob-Waksberg. Fate took charge and provided the inspiration for BoJack after the writer produced a sample script and was pushed by his manager to relocate to Los Angeles to pursue a career in television writing.

Upon arriving in Los Angeles, Bob-Waksberg rented the tiniest room in the home of a friend in the Hollywood Hills and set about launching his career, which began with guest appearances on two network comedies. Looking out over the city for the first time, he became aware of the mixed feelings that were stirring up within him. “I remember looking out over the city and feeling on top of the world and also never more alienated or alone,” Bob-Waksberg reflects.

The isolated and dangerous placement of BoJack’s house atop a large hill in animated Los Angeles is eerily reminiscent of Bob-first Waksberg’s home. The idea for BoJack Horseman was born from this gloomy first encounter with Hollywood, the city every aspiring actor, director, and producer dreams of seeing.

Will Satan Succeed in Conquering the Human World in “the Devil is a Part-timer” Season 3?