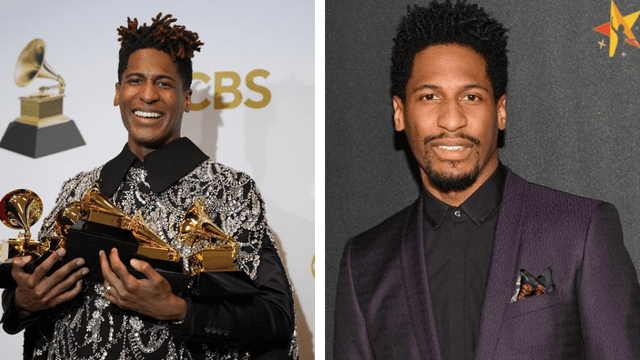 Where is Jon Batiste Now: Jon Batiste received the Grammy Award for Best New Artist on April 3, 2022. He won five of the eleven trophies for which the bandleader of “The Late Show” was nominated, including the highly coveted Album of the Year honour.

Over the years, Jon has become a household name in the music industry because of his many releases and collaborations with other famous musicians.

Earlier in the year, before he won the Grammy for Best New Artist, he and his wife Suleika Jaouad had announced their secret February wedding. Between Two Kingdoms, written by journalist and novelist Suleika, recounts her battle with cancer in 2011.

Further, learn everything you need to know about Jon and Suleika, as well as his location.

Who is Jon Batiste?

Jonathan Michael Batiste is a popular American singer, songwriter, musician, bandleader, and TV host. More than 40 nations have seen him live, and he has collaborated on songs with musicians as diverse as Stevie Wonder, Prince, Willie Nelson, Lenny Kravitz, Ed Sheeran, Roy Hargrove, and Mavis Staples. From 2015 until 2022, Batiste and his band Stay Human made nightly appearances on The Late Show with Stephen Colbert, with Batiste serving as a bandleader and musical director.

Batiste is not just the head musician at The Atlantic but also the Creative Director at Harlem’s National Jazz Museum. He got an Oscar, a Golden Globe, a Grammy, and a BAFTA Film Award for his work on the score for the 2020 Pixar animated film Soul (all shared with Trent Reznor and Atticus Ross). Batiste has received five Grammys out of a total of fourteen nominations. His album We Are was also named Album of the Year.

When the host of “The Late Show” switched hands in 2015, the show also welcomed new musical guests. On June 4, 2015, it was announced that Jon Batiste will be joining the cast of the show. In its new incarnation as “The Late Show with Stephen Colbert,” Jon made an appearance on September 8, 2015. The musician’s bandmates, Stay Human, came along. Stay Human, active since 2004, has been featured on Stephen Colbert’s Comedy Central show, ‘The Colbert Report,’ which he hosted from 2005 to 2014.

After hearing the band perform “Express Yourself” on “The Colbert Report” in 2014, Stephen was convinced he needed them for his next project. As house musicians for the programme, Jon and his band have shared the stage with the likes of Billy Joel, John Legend, and Nas. Jon, as the band’s leader, was a major presence throughout the series, adding his own witty observations and musical prowess to the mix.

Read More: Where is Diane Downs Now? Is She Still in Jail or Not?

Fans have been wondering since May 2022 if Jon has permanently departed the programme as the musician’s absence is so evident given the series’ dependence on his musical talents. Stephen Colbert claims that Jon’s hiatus from “The Late Show with Stephen Colbert” will be brief and that the musician will return in September 2022. Want to know what this musician has been up to recently? We’ve got you covered.

Where Is Jon Batiste Now?

With his full attention on his music career, Jon Batiste released the single “Sweet (Single Edit)” on July 22 via Di-Namic Records/BMG, featuring Pentatonix and Diane Warren.

Warren made the following comment in a statement: “Sweet is like an injection of positivity when we need it most. There is no one who exudes more enthusiasm and positivity than the incomparable Jon Batiste.

Having Jon perform my song with Pentatonix, the greatest Cappella group in the world is a dream come true. Arriving just in time to sweeten the rest of the summer for everyone.

Batiste won five Grammys in April, including Album of the Year for his work on We Are. Among Pentatonix’s three Grammys is one for their work with Dolly Parton (a pleasure in and of herself). In 2021, Batiste, Trent Reznor, and Atticus Ross all won an Academy Award for best original score for their contributions to the film Soul.

Batiste made his first public appearance in 2007 at the Concertgebouw in Amsterdam, where he also produced and performed his own programme. He taught music clinics, classes, and workshops in low-income schools and communities around the Netherlands. After producing and performing in his own concert with six young Dutch musicians, he was invited to perform in Carnegie Hall.

His composition for choir, jazz combo, and symphonic instruments served as the show’s climax. In the years that followed, Batiste released several albums, including the critically acclaimed Social Music (2013), which dominated the jazz charts for nearly a month on both Billboard and iTunes, The Late Show EP (2016) with Stay Human, and the holiday album Christmas with Jon Batiste (2016).

In 2017, he recorded the tracks “Battle Hymn of the Republic“ for The Atlantic and “Ohio” with Leon Bridges and Gary Clark Jr. This year, Batiste’s rendition of “St. James Infirmary Blues” was up for a Grammy Award in the Best American Roots Performance category.

In September of 2018, Verve Records released Hollywood Africans, Batiste’s first solo album. Single “Don’t Stop” was released as the first offering. Just before the record dropped, he toured the United States performing at several summer festivals with The Dap-Kings.

Who is Bojack Horseman Based on? Who is Raphael Bob-Waksberg?

Here are the Top 10 TV Shows Like Kaleidoscope to Watch in 2023!