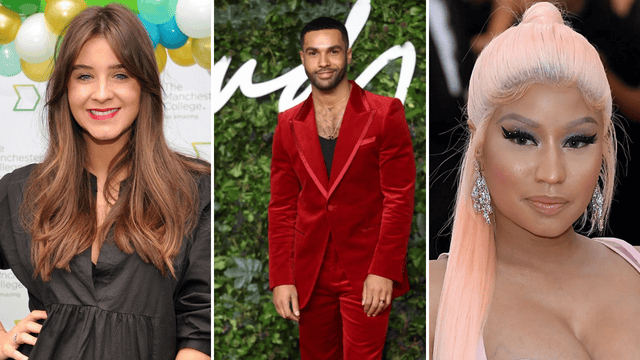 Emily and Alfie obviously had chemistry on the show (wink wink), but how is Lucien’s love life off-camera? We’ve compiled everything we know about it here.

British actor Lucien Leon Laviscount. First coming to public attention in 2007, he starred in the teen drama Grange Hill. After then, he was in various TV shows, such as Coronation Street (2009) on ITV and Waterloo Road (2011) on BBC One (2010–11). He was a contestant on the eighth season of Celebrity Big Brother back in 2011.

In the first season of the FOX horror comedy Scream Queens in 2015, Laviscount portrayed a recurring character named Earl Grey. He was a main character on Sony Crackle’s crime comedy-drama Snatch in 2017–2018. Laviscount also played Alexander Cabot on Katy Keene, which aired on The CW.

In 2021, Laviscount was seen all over the world because of his recurring role as Alfie in season 2 of the Netflix series Emily in Paris.

Lucien seems to be unmarried at the moment. The British actor, now 30 years old, has apparently never been married and, based on his sporadic dating history, may never have had a serious long-term companion.

Related: Is lucien laviscount gay? Confirmation of his sexuality!

Fans of “Emily in Paris” fell in love with Lucien Laviscount after he was cast as Alfie in the show’s second season. Fans have done extensive research into Lucien’s past relationships since the release of the third season on Netflix, and the results are frightening. His past romance with reality star Kerry Katona has reemerged, and no one can believe it. Lucky for some, Lucien is currently available for dating. If you’re curious about Lucien Laviscount’s former relationships, though, here are some names you might recognize:

When Jesy and Lucien were caught kissing after a dinner date in 2022, it immediately generated dating rumors.

They went on a romantic date in the heart of London and finished the evening at a hot spot in Mayfair. It has been reported that Jesy Nelson was “mortified” after the images were made public and that sources confirmed that she and the actor were not dating.

Lucien and Kelly were spotted in Los Angeles in 2019 leaving a restaurant. They probably went on a couple of dates and dated for a brief period of time.

When Scream Queens premiered in 2015, it included both Keke Palmer and Lucien Laviscount.

There was a period of dating between the two actors, during which they were frequently seen out together in Los Angeles. Keke’s current boyfriend, Darius Jackson, is the father of her unborn child.

In 2013, Lucien was said to have dated a character on Coronation Street.

In 2009, Lucien and Brook both appeared on the ITV soap as regular cast members. Ben Richardson, performed by Lucien. Brooke and her fiance were engaged in 2022 and are the proud parents of two young children.

Leigh-Anne is currently engaged to Andre Gray, with whom she has two children; however, it is unknown if the two were ever seriously involved.

Also Read: Who is Jenna Ortega Dating 2023? Her Dating History!

In 2011, Lucien and Chelsee dated for a brief period of time and were both featured on the BBC drama Waterloo Road.

Ten-year-old Laviscount starred in a Marks & Spencer ad campaign. He had guest-starring turns on such including Clocking Off and Johnny and the Bomb before he was cast as a regular in the BBC One series Grange Hill. Later, Laviscount was chosen to play Ben Richardson, a devout swimmer on Coronation Street. In 2010, Laviscount joined actors Jack McMullen and Lyndon Ogbourne in raising money for Sport Relief by playing in a charity football match.

Laviscount entered the Celebrity Big Brother 2011 house on August 18, 2011. He made it to the penultimate week and ultimately placed sixth. He was given the nickname “Mumbles” by the other roommates. He also had a role in the 2011 TV series Waterloo Road, playing the role of a student named Jonah Kirby. In 2012, Laviscount debuted on the music scene with his debut track “Dance With You,” which featured American rapper MANN.

It was revealed on February 22, 2014, that Laviscount would be playing the lead role of Ennis Ross in the spin-off of the US CW show Supernatural titled Supernatural: Bloodlines. Although he was a part of the backdoor pilot, the show ultimately was not picked up. In 2015, Laviscount starred as Earl Grey on the US horror comedy series Scream Queens, broadcast on FOX. During the 2020s, Laviscount portrayed Alexander Cabot on Katy Keene, a show on The CW.