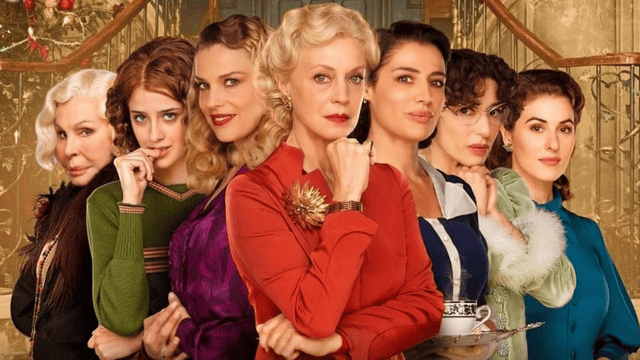 The morning of the family Christmas feast, patriarch Marcello is discovered dead with a knife in his back. He and the rest of his family have turned their suspicions on seven ladies who are all tied to him.

At times, “7 Women and a Murder” strives too hard to accomplish too many things at once, and the insertion of some story points has no purpose other than to confuse the audience. This article is an attempt to clarify the situation. Finally, the final chapter of “Seven Women and a Murder” has been written.

“7 Women and a Murder” Plot

When Susanna gets back to the house, she is greeted by Maria, the new housekeeper who came to work after Adele’s death. Aside from her mother, Margherita, and grandma Rachele, she also meets her mother. Individual family members are presented. There are two other sisters residing there beside Susanna and Margherita: Caterina and Agostina. Totaling six females. Marcello is the father of Susanna and Caterina and the spouse of Margherita.

Maria discovers Marcello’s body with a knife in his back when she enters his room. As soon as the murder occurs, all eyes turn to the six ladies. Veronica, Marcello’s ex-girlfriend, shows up at the residence after getting a phone call, making her the seventh possible suspect. Everything drives them in their own way. The couple had been having financial difficulties, but Rachele had refused to give Marcello any of her holdings. 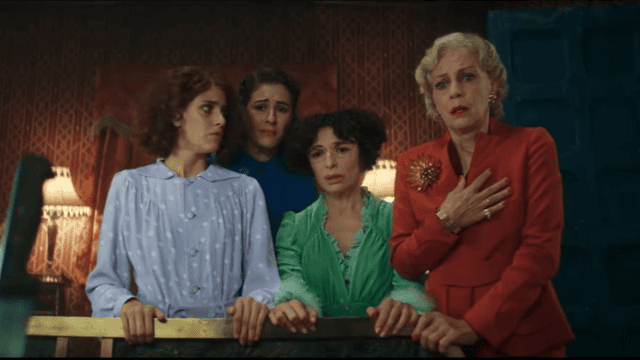 Maria was introduced to the household by Marcello’s new business partner, Sir Giannutri, and she, along with Susanna, Caterina, and Margherita, stood to inherit the estate. As Veronica admits, she continued having sexual relations with Marcello and was therefore eligible to receive an inheritance. Agostina, on the other hand, had always harbored romantic feelings for Marcello, but he showed no interest in her.

As an added twist, it is revealed that Maria was also having an affair with Marcello; after learning of his death, Maria resolves to leave. But as she tries to leave the house in the snow, she discovers that the gate is locked. Someone is trying to confine them. In addition, this same person has been planting evidence to set up the suspects. Everybody thinks Margherita stole Rachel’s stocks.

The medication is eventually discovered in Margherita’s room after Agostina’s illness causes her great distress. Veronica denies knowing anything about the gun the women locate in her backpack.

“7 Women and a Murder” Ending Explained

Caterina is confident that the five women have exposed their true colors after all the conflicts and emotions that followed the discovery of the false murder. Instead of spending time mourning Marcello’s passing, the women set about trying to identify the killer and determine the successor to his estate.

Now that so much has been exposed and judged morally, Marcello can come out of hiding. Caterina unlocks his door, and the other six people rush in, but he’s not there. The seven women arrive at the terrace to find the entrance to the terrace open, indicating that the male must have gone there.

In either case, Marcello fell from the terrace and is now lying motionless on the ground below, dead. The woman had now called the police and reported that Marcello had apparently killed himself.

Caterina, who does not object to such coverage, is now being admonished by the other females that she should never work against women and should instead focus on supporting them. In response to her concern, her mother assures her that this should be the case even if a guy wants her to work against women.

The ending of “7 Women and a Murder” may be ambiguous and send the wrong message if it is taken seriously. Maybe Marcello was killed in a fall, but mentioning that to the authorities would require bringing up all the other details as well. The woman decided to ignore the obvious signs of abuse and instead claim that he committed himself as a result of his recent financial woes. All the women were safe now that the patriarch was dead.

The seven women advise at the end that they could all share his fortune and get along just fine. It’s not really apparent what the movie is trying to imply about this, though. Occasionally, the book reads like a satire on strong, independent women who still find time to rant about the males in their lives.

If this is what the movie is about, then it’s in the worst possible taste. Sometimes it seems like the ladies are coming to terms with the fact that they don’t require a patriarch to determine who they are and how they should behave with one another, but if that’s the point of the film, the women’s characters come off as pretty petty because of the way it’s executed.