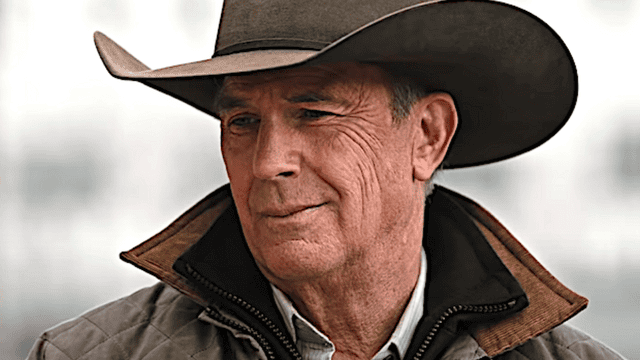 1923 Episode 2 Recap & Review: When Jack Dutton saw a flock of sheep being cared for by fellow grazers who were hungry themselves, he was shot dead at the conclusion of the pilot episode. The show also doesn’t shy away from showing how cowboys in Montana dominate the land and create rules and regulations to ensure the continued existence of their communities, their farms, their herds of animals, and their children.

The second episode of “1923” on the Paramount Network, titled “Nature’s Empty Throne,” is a continuation of the pilot episode, which dove headfirst into the life of the Dutton family and their ranch Yellowstone, and the tale of their family after the death of James Dutton. The ranch, the animals, and the children of Jacob Dutton’s late brother are all being cared for by Jacob and his wife.

The Duttons have brought their cattle to an area of their property where they have never before grazed. Jacob (Harrison Ford) hears a gunshot after they reach the peak of that mountain (I’m surprised they didn’t call it “Paramount”). When we last saw the Duttons, his nephew Jack had been fired at and was recovered with the bullet lodged in his leg from landing under his horse.

Jacob is enraged and dispatches his team of tough cowboys to chase the sheepherders down the mountain. Banner (Jerome Flynn), the shepherd’s leader, is severely beaten by Jacob with his pistol. Jacob uses the trustworthiness of their horses as a means to make a point. The banner included, he binds their hands behind their backs, puts them on a string, and then sets them on their principal mode of transportation.

As the shepherd of his own herd, Jacob is responsible for taking care of his family. John (James Badge Dale) and Jack are surprised to hear this, but he explains that people have been stealing land from other others for generations. Cities often rise on top of previously inhabited areas. Given that Thomas Rainwater also “owns” land that was once owned by the Dutton family, this is ironic. As writing goes, this is a thrilling essay from Sheridan. There’s evidence to suggest a “white” narrative is being considered for story dominance.

He has no interest in seeing anything bad happen to his loved ones. He says Jack he really, really hopes a few made it so they can spread the news all throughout big sky nation. Among the group of five men, does anyone stay in the “short drop”? Obviously, that’s a yes. Is Banner even among the group of men? Yes. So, how can Banner avoid death by hanging? It helps to have a trustworthy horse. If I were Jacob, I’m not sure I’d want Banner to be the one that gets their comeuppance. Four of the men have already passed away.

After being attacked by a leopardess in the latter moments of the first episode of the Yellowstone prequel 1923, Spencer Dutton (Brandon Sklenar) is in a desperate struggle for survival in the second episode. The leopardess kills one of his guides before she is killed by the protagonist. As a result, he has an unpleasant encounter with the host who hired him to hunt the animal but failed to offer correct information, and we see that Spencer is capable of imparting his own brand of hard truth, a hallmark of the Dutton family.

Having been injured in the attack, he flies to Nairobi to receive medical care, where he meets a strong-willed young British woman named Alexandra (Julia Schlaepfer), who is engaged against her will to a guy she does not love. They hit it off immediately, and by the end of the episode, she had joined him in the car despite his initial concerns, having yelled at her now-ex-fiance, “Find someone who loves you!” as she fled from her husband-to-be and their friends who had come to see the wedding.

Also Read: Firefly Lane Season 1 Recap: What Happens With Kate and Tully in the End?

Teonna’s ordeal at the Montana “Indian school” run by Christians continues. She persists in speaking her native tongue, and Sister Mary hits her because of it. Teonna’s head hits the table and she is immediately surrounded by four nuns. We can’t get rid of Renaud now, unfortunately. She is taken by him and two other priests to a hot box, where she will be held for two or three days as a kind of torture and punishment. The nasty priest threatens to bury her alive if she uses that “filthy” language again.

After a few days, she is taken out of the box being carried. Teonna has such a difficult time moving around that she can hardly stand up. A nun is cleaning her, and while she’s in the tub, she sexually assaults her. When Sister Mary comes in, she tells Sister Alice to leave the room. Mary insults Teonna, saying that she promised to destroy the “Indian in you.” Sister Mary then beats her with a stick and tells her she must never touch her again.

While on vacation in Kenya with her family and future husband, Spencer meets Alexandra, a spoiled heiress from a prestigious British family. Spencer’s history, charisma, and air of authority all fascinate her. While her friends make it plain that she is engaged to be married, Spencer is nonetheless intrigued by her interest in him.

One of Spencer’s British business associates asks him to deal with the hyena problem his workers are having while constructing a railway. Once Spencer’s leopard bites heal, he has no responsibilities in Nairobi. Spencer is a very busy man who always completes his tasks on schedule.

The only way for him to catch hyenas now is to recruit help from other local hunters. Even though Spencer is utterly captivated by Alexandra’s attractiveness and the fact that she is always up for an adventure, he doesn’t pursue her because he knows that she is a rich British girl who would never be able to adapt to his lifestyle. Feeling trapped in her current situation as an engaged lady, Alexandra hopes to find release in Spencer’s companionship.

Despite her best efforts, she can’t hide the fact that she finds him attractive. Following Spencer’s departure from the Nairobi hotel, Alexandra approaches him and politely requests to tag along on his trip. Spencer doesn’t outright reject the idea, but he makes it clear that he thinks the journey is too difficult to be worthwhile. Because she is excited about this opportunity, Alexandra decides to go with the flow.

You May Also Like: “The Witcher: Blood Origin” Ending Explained! Full Story in Short

Alex dumps her fiance for Spencer and abandons the course. Alexandra is from the sort of background in which women aren’t permitted to travel far from home without a male guardian. In a show set in the 1920s, it’s easy to see the types of roles women are supposed to play, but Alexandra is aware that she isn’t suited for stereotypical female roles.

Meanwhile, Jacob Dutton hands down death sentences for Banner and his soldiers. Because Banner, desperate for food, had moved his sheep to the same grazing area as the cows, all of them were executed by hanging. Jacob rejects Banner’s arguments and abandons him and his employees to their deaths. Banner is the only one to survive the hanging because his horse stayed loyal to him the entire time.

Banner cuts the ropes from his wrists and neck and flees, leaving the remains of his employees behind. Banner is a survivor, as established in Episode 2 of “1923,” and his survival of the hanging means he will return to avenge the deaths of the sheepherders at the hands of Jacob Dutton and his family. When it comes to what lies ahead, Jacob and his loved ones are completely in the dark.

Jack Dutton will be at his uncle Jacob’s side as often as possible as he prepares to take over the ranch from his uncle. The banner will return to exact vengeance on those responsible for the attack and execution of his soldiers. He would demand an explanation from Jacob and wonder whence Jacob gets the power to make such policy decisions on the state’s behalf.

The banner would demand fair treatment for himself and the flock he shepherds. The introduction of Spencer and Alexandra’s plot line likely serves to set up a romantic subplot for the two of them in the near future. The two of you look like you would have a lot in common, and Alexandra is the type of person who would enjoy the same kinds of adventures that Spencer does. They’d make a perfect pair, living out their shared dreams.

If the suggestion for the second episode of Season 1 (1923) doesn’t seem particularly robust, that’s because it isn’t. It doesn’t help that the program has introduced a new generation of Duttons just for the sake of introduction; it still has no apparent direction or purpose. It’s possible that the Duttons heard identical sermons in 1883, but their trip to Montana was well-organized, so the impact was different.

Jacob taught Banner and his army a vital lesson in this way. It’s unfortunate that four of them didn’t make it out of this class alive. This is not a novel concept, after all. In Yellowstone, John also used a similar incident to illustrate a point.

Hard to think that a century ago there were no consequences for meeting vigilante justice. Even if you wouldn’t dream of trespassing, on a dying planet you may hope for a little mercy. It impresses me that Yellowstone World’s creators not only understand but also value the nostalgic value of their work.

There should be a Native American-centered spinoff where Teonna’s story may be told, despite how horrible it is, so that the two civilizations don’t have to coexist. You can be sure that the ladies will be in a tizzy when you add Spencer, the famous Dutton who tracks down maneaters, to the mix.

As far as I can discern, there is no connection between the three stories included in the first season of 1923. There isn’t enough shared ground between them in the first two episodes for a coherent narrative to emerge. It’s unfair that decades after their deaths, John Dutton, Sr., and his wife, Emma, are still written off as bit actors. Sure, some people don’t merit the spotlight of their own biographies.