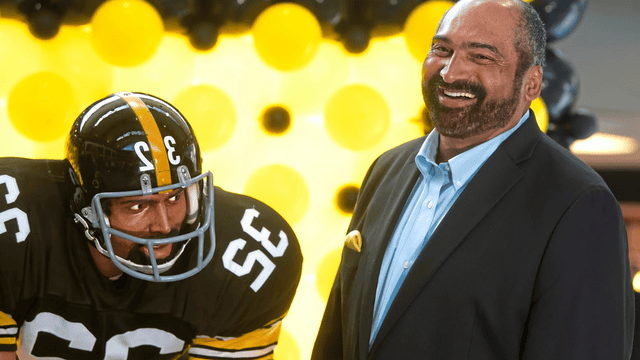 Franco Harris, a legendary running back for the Pittsburgh Steelers, passed away at the age of 72. It’s a shame that he passed away just days before the Steelers were planning to retire his No. 32 jersey on the 50th anniversary of his “immaculate receiving” play at Acrisure Stadium. The NFL legend made a spectacular catch in the 1972 AFC Divisional Playoffs that helped propel him to Canton.

All throughout the world, sports lovers were crushed by the news. When did Franco Harris pass away, and what brought about his demise? This is what we have learned.

Who was Franco Harris?

Franco Harris was a professional American football player who mainly played for the Pittsburgh Steelers during his 13 years in the NFL. He played a pivotal role in what Pittsburgh sportscaster Myron Cope nicknamed the “Immaculate Reception” of professional football.

Following his time with the Penn State Nittany Lions in college football, he was the thirteenth overall pick by the Pittsburgh Steelers in the 1972 NFL Draft. For the first 12 seasons of his NFL career, he suited up for the Steelers, and in his final season, he suited up for the Seahawks. In 1990, he was honored with induction into the Pro Football Hall of Fame.

What was Franco Harris’s Cause of Death?

President of the Professional Football Hall of Fame Jim Porter told WTAE, “We have lost not just one of the best guys anyone would ever meet, but also an incredible football player and ambassador for the Hall. Franco’s influence extended well beyond the realm of football to touch the lives of countless others.”

The publication added that it “was not immediately known” what caused Franco’s death. Dok, Franco’s son, informed the Associated Press that his father passed away “overnight” but did not specify the cause of death.

Franco Harris was so much more than just one play. He was one of the great backs of his time, or any time, and the heartbeat of the offense of those legendary #Steelers teams. He was also as classy a gentleman as you could ever hope to meet. RIP Franco, thanks for the memories. pic.twitter.com/415S2ZcjFn

In 1972, Franco made headlines for his spectacular play that helped the Pittsburgh Steelers beat the Oakland Raiders in a playoff game. The “immaculate reception” marked the Steelers’ first playoff triumph in four decades. From 1972 until 1983, Franco was a member of the Steelers roster.

As a result of that incredible play, Franco’s football career skyrocketed, and he went on to play for the Pittsburgh Steelers for 12 seasons and the Seattle Seahawks for a single season before calling it quits. After leaving football, Franco opened a bakery and became involved in philanthropy, becoming the chairman of Pittsburgh Promise, an organization that awards college scholarships to students attending public schools in Pittsburgh.

Dana Dokmanovich and their son Dok are Harris’s only living relatives.

Harris’s 12,120 yards and four Super Bowl rings with the Steelers in the 1970s were important in the team’s rise to dominance. The most memorable scene, however, occurred in 1972 when Terry Bradshaw, the team’s quarterback, threw a hail mary in the final seconds of a game against the Oakland Raiders.

My lasting memory of Franco Harris is not only did he spend time talking with me yesterday, he also turned a photo request into a history lesson for Mimi, 15, and Reese, 11, who were visiting Pittsburgh with their dad for the day. Franco was so kind and had time for everyone. pic.twitter.com/H1KRS4QP2q

Bradshaw scrambled back before passing deep to running back French Fuqua as time expired in the fourth quarter and the Steelers trailed 7-6 from their own 40-yard line. Fuqua took a hard blow right away, as the ball popped up and headed in Harris’s direction.

Nearly everyone else stopped moving at that point, but Harris had already grabbed the ball out of the air and was charging full speed ahead toward the end zone. The victory was the Steelers’ first in the playoffs in franchise history and a landmark in NFL annals. After the “Immaculate Reception” was named the greatest play in NFL history during the league’s 100th anniversary season in 2020, Harris commented, “That play really embodies our teams of the ’70s.”

Is Robert Blake Still Alive: Was He Found Guilty?