Are you a fan of a video games? If so, then this post is especially for you. Many video game fans are waiting for Dragon Age 4 Release Date or Dragon Age: Dreadwolf Release Date. The game had been known for a while, and when it was announced, it came with a bunch of concept art but not much else.

In this article, we will give information about whether Dragon Age 4 Release Date Rumours are true or not and also provide information about what will be new things added to the game. So we will just recommend you all go through the entire article and you will find all your answers.

In December 2018, Dragon Age 4 was announced at The Game Awards. At the EA Play event in July 2021, no information about the game was given out. VentureBeat’s Jeffrey Grubb said, “Staying quiet during this EA Play is just about giving the publisher time to get the game ready to start marketing it in earnest.

Dragon Age: Dreadwolf was announced as the name of the game in June 2022. Parrish, who now works for The Verge, said that the game’s title reveal was “exciting for a lot of fans” because it made Solas the bad guy in the next game and made Dreadwolf a direct sequel, which had not been the case in previous games in the series.

Recently in December 2022, some posts on Reddit revealed that Dragon Age 4 is going to release in the first week of February. But after some time that post was deleted and maybe or maybe not this release date can only be rumours because the Creator of this game has not announced anything about it yet.

Fans of Dragon Age got a brand new CGI trailer to watch at the Game Awards 2020. Even though it doesn’t tell us much, it shows us Varric and Solas, as well as some very beautiful places we’ll probably visit when we finally get to be the new hero of Thedas.

What will Dragon Age 4 Be About?

BioWare hasn’t said much about the plot of Dragon Age: Dreadwolf yet, but it’s clear from the name and the trailer that Solas will play a role in some way. This time, he is the main bad guy. Now, we’ve made a guide about who Solas is for those who want to know more, but it’s enough to say that he’s a mysterious character who made a big impression in Dragon Age: Inquisition.

Because his goals are hard to figure out and his methods aren’t always clear, people call him a trickster god who plays dark and dangerous games.

Isn’t that interesting? Since Solas and other characters like Varric are back, it’s clear that the story of Dragon Age: Dreadwolf will pick up soon after Dragon Age: Inquisition.

The official website says, “Thedas needs a new hero; one they won’t see coming.” This is the same as all the other games in the series, so players will take on the role of a new main character. Hope you understand whether Dragon Age 4 Release Date Rumours are true or not.

Read More: Here Are the Top 10 Most Popular Mobile Games 2022

Dragon Age 4 is for Both New and Experienced Gamers

BioWare has made it clear that it is making Dragon Age: Dreadwolf for both long-time fans and people who have never played the game before.

In a recent blog post, it was confirmed that Solas will introduce himself when the time is right for those who haven’t met him yet. It was also confirmed that both experienced players and those who are new to Thedas will enjoy this. 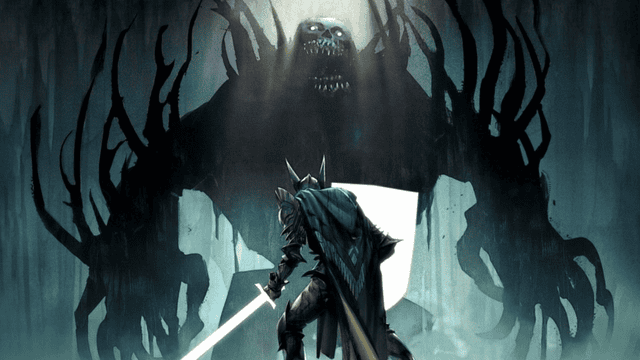 “We haven’t had a new DA game in eight years. I’ve heard a lot of adults talking about how much they enjoyed playing it when they were teenagers “in the blog post, senior writer Sylvia Feketekuty said.

Dragon Age: Dreadwolf has been a good mix of giving long-time fans answers to questions they’ve had for a long time and making a game that both new players and people who only played DA:I years ago can enjoy.

At EA Play 2020, we might have seen short clips of brand-new Dragon Age 4 environments. In the first of the three scenes, there is a large tree in a snowy graveyard that looks creepy and is covered in thick, faintly glowing growths.

The second was an arch made of stone that was surrounded by water and had bright red tendrils coming out of it. In the third scene, more of these glowing tendrils grow around a fortress and frame a scary-looking stone egg that beats.

Even though all of these scenes say “Work in Progress” and we shouldn’t expect to visit these exact places when Dragon Age 4 comes out, they do help set the scene and give us a small taste of what’s to come: a dark, ominous world filled with magical corruption.

In the above article, we told you everything about Dragon Age 4 Release Date Rumours and much more. Please visit again on our website If you like this post.