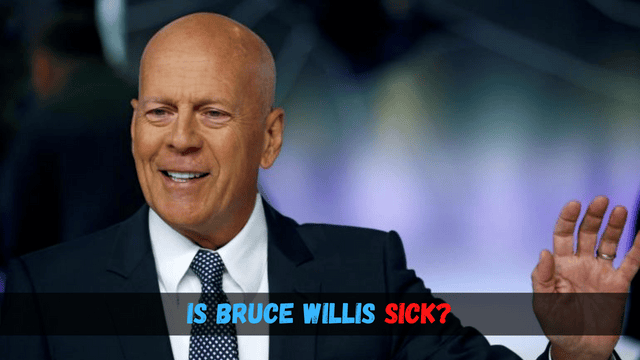 It is sad news for fans that our Die Hard actor Bruce Willis is growing old and soon he will take retirement from Hollywood due to some critical condition. One of them is his health. Our research team finds out that he is suffering from an illness. Actor Bruce Willis, well known for playing John McClane in the Die Hard movies, is retiring from acting after receiving an aphasia diagnosis.

The actor has reportedly been showing indications of decline recently, according to individuals who have collaborated with the senior Willis on his most recent movie. Almost two dozen people who worked on set with Willis in interviews with The Times this month expressed worry for the actor’s welfare.

Burns was one of a select group of individuals who were aware of Willis’ memory issues, but he claimed to have been unaware of the severity of the actor’s condition until June 2020, when he was directing his debut film, “Out of Death.” It was one of the 22 movies Willis made over four years.

On Wednesday, the actor’s family released a statement addressing his health. In a joint statement on Instagram, Bruce’s ex-wife Demi Moore and wife Emma Heming Willis stated that the ailment is “impacting his cognitive ability.”

Bruce Willis’s family said that he will stop acting because he has been diagnosed with aphasia, which is making it hard for him to think.

“Because of this, and after giving it a lot of thought, Bruce is leaving the job that has meant so much to him,” his family said, without saying what might have caused Willis’ condition.

Have a Quick Look at What is Aphasia?

A communication condition called aphasia affects how you speak. It may affect the way you write, speak, and comprehend both spoken and written language.

Typically occurring unexpectedly after a stroke or a brain injury, aphasia. But it can also develop gradually as a result of an illness that damages the brain permanently or slowly-growing brain tumors (degenerative). The source and amount of brain damage are two factors that affect how severe aphasia is.

Aphasia is mostly treated through speech and language therapy in addition to addressing the underlying issue that causes it. The aphasic person trains and relearns language skills as well as picks up new communication techniques. Family members frequently take part in the process and aid the individual in communicating.

That’s hard to say anything about. What he is going through right now is something we can say for sure. If you have come to this line then you are really a true fan of Bruce Willis. We hope you love this article and please visit our site The Shahab for more information.