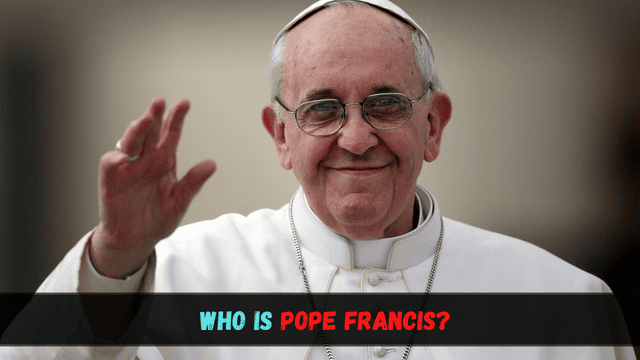 If you want to know everything about Pope Francis, read this article. In addition, if this article was useful, please offer feedback. Your feedback is precious to us.

Who is Pope Francis?

Pope Francis was born on December 17, 1936, as Jorge Mario Bergoglio in Buenos Aires, Argentina. He was the oldest of Regina and Mario’s five children, an Italian immigrant accountant. He began his education at Wilfrid Barón de Los Santos Angeles in the sixth grade.

After that attended Escuela Técnica Industrial N 27 Hipólito Yrigoyen, a technical secondary school where he eventually graduated as a chemical technician. When he was a young adult, Bergoglio worked as a cleaner and bouncer at bars. He worked in the food division of the Hickethier-Bachmann Laboratory for a while after getting his chemical technician diploma.

In 1958, Bergoglio was motivated to join the Society of Jesus after overcoming a serious illness that needed the removal of a portion of his lung. He attended school in Santiago, Chile as a Jesuit novice before formally joining the order in 1960. In the same year, Bergoglio graduated from Colegio Máximo de San José with a licentiate in philosophy.

Pope Francis Says What He Thinks About the Ukraine War

Two of Russia’s ethnic minorities, the Chechens and Buryats, have been dubbed by Pope Francis as some of the “cruellest” combatants in Ukraine. The pontiff gave the interview to the Jesuit publication America, which was released on Monday but actually took place on November 22.

The Chechens, Buryats, and other people who are of Russia but not of the Russian tradition are maybe the cruellest, he remarked. “I am speaking of martyred people. You have a martyr if you have a martyred group of people. 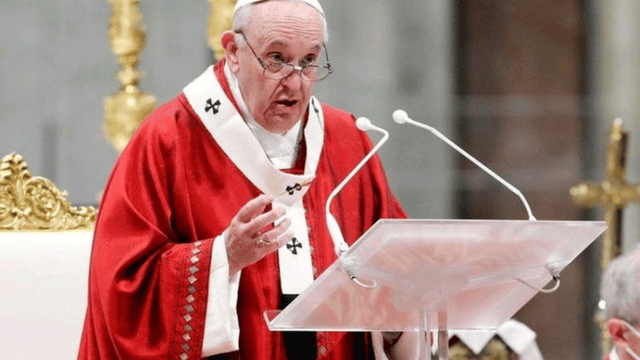 Chechens are an ethnic group with roots in the southern Russian republic of Chechnya. The pro-Kremlin leader of the area, Ramzan Kadyrov, has reportedly sent his own sons to fight in Ukraine’s civil conflict and has generally supported it.

The Buryats are a people from eastern Siberia, close to the Mongolian border. Maria Zakharova, a spokeswoman for the Russian Foreign Ministry, defended Russia’s ethnic diversity on her official Telegram channel.

With Buryats, Chechens, and other citizens of our multicultural and multireligious nation, she declared, “We are one family.” We will all pray for the Holy See together, each in our own way. The Pope also discussed the anniversary of the Holodomor, a man-made famine that killed millions of Ukrainians in 1932–1933, in his interview with America.

The fourth Saturday in November is traditionally observed as the anniversary of the famine, which is largely believed to have been caused by Soviet leader Joseph Stalin.

Pope Francis has been at the centre of more than one controversy. One of the most important was that he was accused of being involved in the kidnapping of Jesuit priests Franz Jalics and Orlando Yorio during Argentina’s “Dirty War.”

But in the end, a lawsuit that Myriam Bregman, a lawyer for human rights, filed was thrown out. Francis also got into trouble with the government of Néstor and Cristina Fernández de Kirchner, who saw him as a political opponent. Theological conservatives have been critical of Francis in recent years for a number of reasons.

The Pope’s main home is in the Vatican in Rome, which may seem like a given. More specifically, the Pope lives in the Papal apartments in the Palace of the Vatican, which is a 108.7-acre country inside the country of Italy.

The Papal apartments have ten large rooms, including a foyer, the pope’s private study, the pope’s bedroom in the corner of the building, the library, a dining room, a small living room, a private chapel, a kitchen, a medical suite with equipment for dental work and emergency surgery, and a small studio office for the papal secretary.