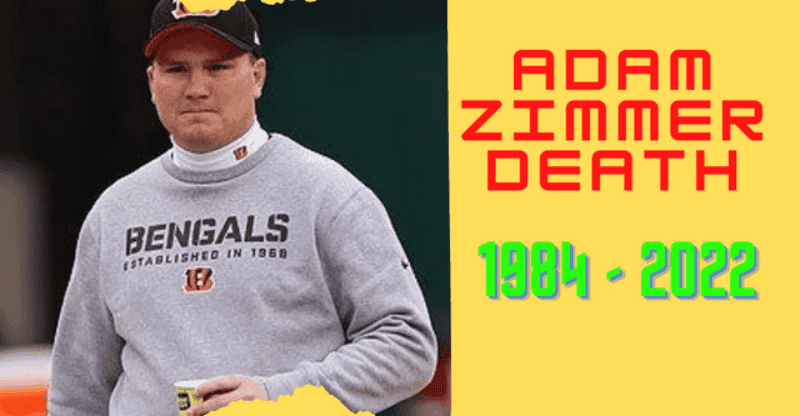 Adam Zimmer, the son of coach Mike Zimmer and a former NFL assistant coach, died suddenly at the age of 38. Adam was only 10 years old when he decided he wanted to be like his famous father. After going to Trinity University, he started his career as an assistant linebackers coach for the New Orleans Saints in 2006.

Adam Zimmer was an NFL (National Football League) coach from the United States (NFL). He was an assistant defensive backs coach and offensive analyst for the Cincinnati Bengals, an assistant linebackers coach for the Kansas City Chiefs and New Orleans Saints, and a linebackers coach and co-defensive coordinator for the Minnesota Vikings. Zimmer was the son of Mike Zimmer, who used to be the head coach of the Vikings.

Adam’s sister, Corri Zimmer White, wrote on Instagram on November 1, 2022, that he had died. What was the reason Adam died? What we know is this.

Born on January 13, 1984, in Ogden, Utah. While his dad, Mike Zimmer, was the defensive coach for the Dallas Cowboys, young Zimmer lived in Colleyville, Texas, and went to Heritage High School. For 35 years, his grandpa Bill Zimmer coached football at Lockport Township High School.

At the age of 10, Zimmer had already decided that he wanted to become a football coach like his dad and grandpa.

Zimmer was a safety for the Trinity University Tigers football team from 2002 to 2005, wearing #28.

Related: What is the Net Worth of ‘NFL Football Player’ Herschel Walker?

In 2006, Zimmer accepted his first coaching position as an assistant linebackers coach with the New Orleans Saints.

During his rookie season, the Saints won the NFC South Division and advanced to the NFC Championship game. The Saints won Super Bowl XLIV during Zimmer’s final season in New Orleans in 2009.

In 2010, Zimmer was hired as the Chiefs’ assistant linebackers coach.  In his first season, he assisted the Chiefs in allowing 46.2 fewer rushing yards per game than the previous year. Linebackers Tamba Hali and Derrick Johnson were named to the Pro Bowl during the 2011 season.

Read More: Which Networks Carry The NFL Broadcasting Rights for 2023?

During the 2012 season, linebacker Jovan Belcher shot and killed his girlfriend before driving to the Chiefs’ facility and committing suicide in front of head coach Romeo Crennel.

Zimmer joined the Bengals in 2013 as an assistant defensive backs coach alongside his father Mike Zimmer, who was the defensive coordinator.

Adam Zimmer was hired as the linebackers coach by Mike Zimmer, the Minnesota Vikings’ ninth head coach, for the 2014 season. The Vikings won the NFC North Division title in 2015, with a defense that allowed 18.9 points per game, ranking fifth in the NFL.

No clear cause of death has been revealed at this time.

According to ESPN, the police in Mendota Heights, Minnesota received a call to do a welfare check on Adam around 1:13 p.m. CT on October 31 and discovered his body inside the residence.

Chief Wayne Wegener Jr. has stated, however, that “not investigating this as a suspicious death” is the policy of his department. In the end, it will be up to the Hennepin County medical examiner to determine what exactly happened and officially identify the deceased.

Adam’s sister Corri Zimmer White paid emotional homage to him on Instagram on November 1, 2022. “It’s hard for me to believe I’m actually putting these words on paper. Recently, I experienced the loss of my older sibling.

He has the purest heart of everyone, and he loves his family and sports more than anything. Until recently, I didn’t realize I was capable of experiencing pain on par with this. It hurts so much because my heart is broken “...she jumped right in.

Moreover, Corri stated, “after our mother passed away, my brother and I grew quite close. He never failed to support me and was always the first person to come up to lend a hand at my foundation’s functions… Never once did I have to inquire.”

The family of Adam has received an outpouring of solidarity from his many admirers and colleagues. Mike Brown, the owner of the Bengals, tweeted a note of condolence: “For 15 years, our company has had the pleasure of serving the Zimmer family. Mike and Adam are held in the highest esteem, and we are devastated by this news. They weren’t simply our coaches; they were friends as well. The Zimmer family has our deepest sympathies at this time.” 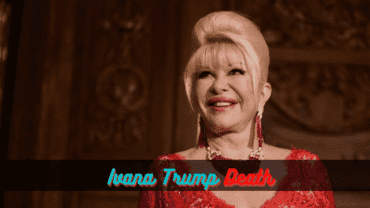