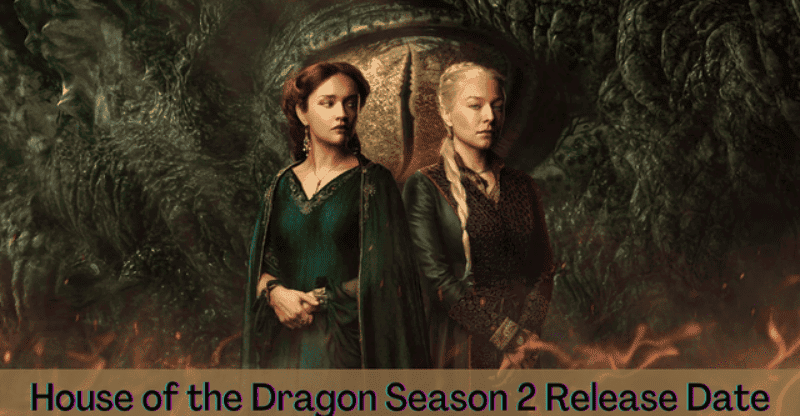 With record watching numbers for the HBO fantasy series, any concerns that House of the Dragon couldn’t live up to the enormous expectations of a Game of Thrones spin-off series were immediately allayed.

There is still a great deal of the story to be told in this adaptation of George R.R. Martin‘s Fire and Blood novel, which takes place before the events of Game of Thrones.

Here is everything you need to know about the return of the epic drama, as confirmed by HBO, that season 2 is already in production.

The most critical moment in House of the Dragon‘s season one finale, The Black Queen, occurred at Storm’s End. After being refused the support of House Baratheon, young Lucerys Velaryon was pursued by his cousin Aemond, who was seeking vengeance for the loss of his eye earlier in the series.

Aemond said he merely wanted vengeance and an eye from Lucerys, but he couldn’t control his dragon Vhargar, who devoured Lucerys. The death of Rhaenrya’s second son ran counter to Alicent Hightower’s peace proposal, which included King Aegon controlling King’s Landing and Rhaenyra living on Dragonstone.

As a result of Aemond’s acts, a battle between the Blacks (Rhaenyra and Daemon) and the Greens (Alicent, Otto, and Aegon) has begun, which will be the focus of season 2 and beyond.

Expected Release Date of House of the Dragon Season 2

HBO has announced that Season 2 of House of the Dragon will air on Sky and now in the UK. Although production on the new season has begun, it won’t be finished until the summer of 2023. 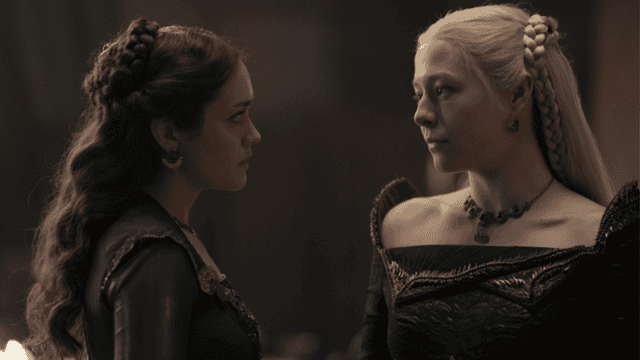 That suggests that season 2 of House of the Dragon will most likely premiere around 2024. “House of the Dragon is already proving to be a ratings hit, and we expect it will continue from strength to strength thanks to the engaging plot and great production standards,” said Zai Bennett, managing director of content at Sky.

Cast and Characters: Who May Appear in Season 2?

Season 2 will see a sizable portion of the main cast return. As rivals Alicent Hightower and Rhaenyra Targaryen, Olivia Cooke and Emma D’Arcy, along with Matt Smith as Prince Daemon Targaryen, Steve Toussaint as the Sea Snake Corlys Velaryon, and Eve Best as the Queen Who Never Was, Rhaenys Targaryen, should hopefully appear in a lot more upcoming episodes.

The characters Aegon II Targaryen and Aemond Targaryen, who will be portrayed by Tom Glynn-Carney and Ewan Mitchell in the last episodes of season 1, will also have a bigger role in season 2.

Additionally, we might see a lot more of Fabien Frankel as Commander of the Kingsguard Ser Criston Cole, Matthew Needham as Larys Strong, and Rhys Ifans as the cunning Otto Hightower.

Season 2 will also require a new cast and characters, and we’ll keep you informed as soon as any casting news is revealed. When asked if Emily Carey and Milly Alcock, who played little Rhaenyra and young Alicent, may make a comeback, Emily Carey revealed that the popular duo had been discussed for use in flashback scenes.

The Plot: What We Can Expect From House of the Dragon Season 2?

The Greens, who support Tom Glynn-Aegon Carney’s II for the throne, and the Blacks, who support Rhaenyra (Olivia Cooke) for the position, are the two sides in the civil war. If you thought House of the Dragon was interesting thus far, you haven’t seen anything yet. The Dance of Dragons is packed with enormous battles, significant twists, and shocks galore. 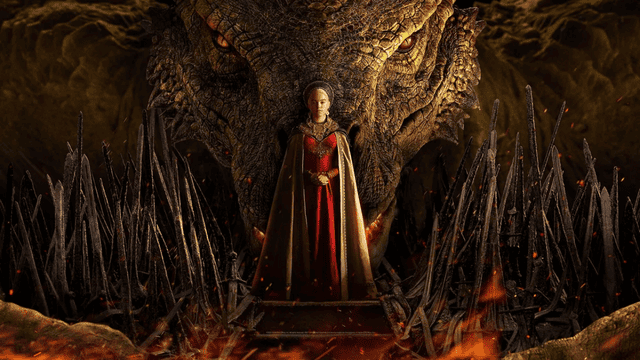 The creative team of House of the Dragon has stated that future episodes are expected to follow a more conventional pace of storytelling and may not include the time jumps that were essential to developing the backstory for Dance of Dragons in season 1.

We’ll get to the spectacle, according to showrunner Ryan Condal, who spoke to The Times. Prior to sending them into battle, you must comprehend the complexity of these people. “Series two will follow the patterns that fans of Game of Thrones’ middle run have been accustomed to, but it will have been earned, and viewers will feel the tragedies because we put the work in,” the showrunner said.

Is There Any Official Trailer of House of the Dragon Season 2?

The second season of House of the Dragon has no official trailer. You can view the season 1 trailer up till that time.

Where is Season Two of House of the Dragon Filmed?

Many of the sites from season 1, including Cornwall, Derbyshire, Cáceres, and Monsanto in Portugal and Spain, will be seen again in season 2. In 2023, between March and June, House of the Dragon will return to Cáceres to film sequences, according to the Spanish fan site Los Siete Reinos.

What Are House of the Dragon’s IMDB Ratings?

IMDB has given the movie House of the Dragon an 8.6/10 rating.

Does Netflix Provide House of the Dragon?

There will be no House of the Dragon on Netflix. There will not be a Netflix season of this show.