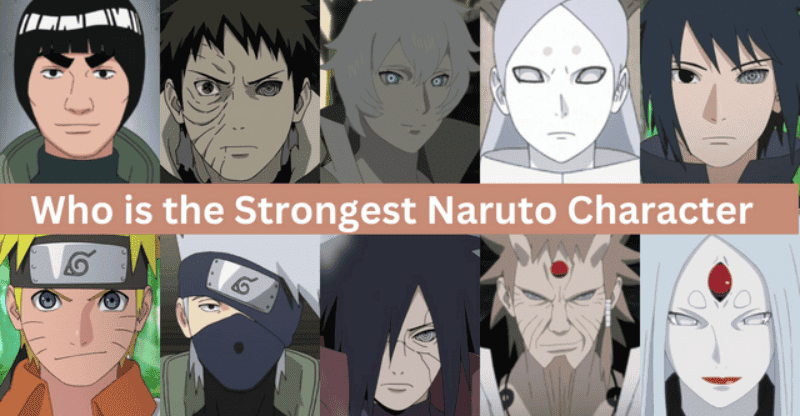 The best thing about Naruto is that it has a lot of different characters, and each one is different because they can do different things and are strong in different ways. Even though most of the characters had godlike powers, they were never self-centered in any way. But there are a few people who turned into darkness.

But the characters on both sides impressed their fans more by showing off their scary abilities, which made them the strongest people in the world of Shinobi.

Even though Naruto has a lot of strong characters, this article will only talk about the ten who beat everyone else with their skills.

The 10 Most Powerful Characters in Naruto

For the first part of the show, we only hear about Minato Namikaze, the fourth Hokage of the Leaf Village. Shippuden, on the other hand, shows us how strong he is in battle. Minato is very strong in his base form. He has a lot of jutsus to choose from, like the legendary flying thunder god Jutsu and the Rasengan. 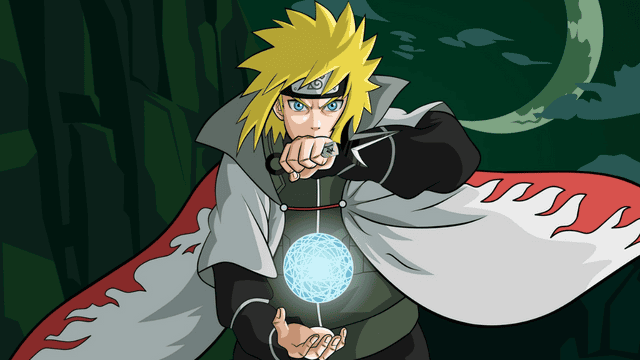 However, he is at his strongest during the fourth shinobi world war, when it is revealed that he has half of the Nine-Tailed Fox sealed inside of him. Minato is one of the most powerful characters in Naruto. He knows how to use techniques well, is good at fighting, and has nine tails chakra.

Nagato is a member of the Akatsuki along with Itachi. He can use his Rennegan to control a small group of soldiers called the “six paths of pain.” Nagato’s ultimate weapon is these paths, and each one has its own special abilities. When all of these paths are working together, it is almost impossible to take them out one by one. 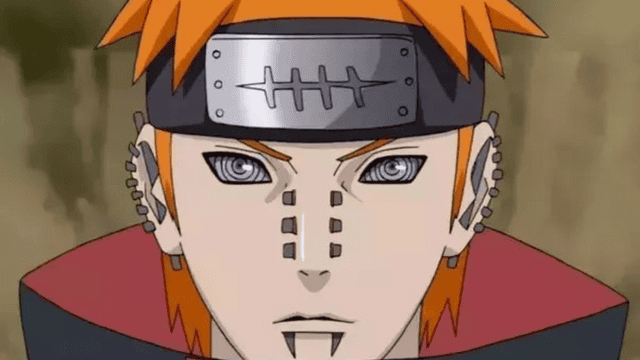 This is especially true since the Naraka path can restore any other path that is taken out in battle. Even though Nagato is badly hurt and can’t move or fight on his own, he is still one of the most dangerous and powerful ninjas in the show because he can use these six paths.

Orochimaru is next on the list. He used to be a member of the Legendary Sanin and is a very strong Shinobi. Fans often don’t think Orochimaru is strong enough to be on the list, so they don’t put him on it. But the evil genius is not to be underestimated because he knows almost every Jutsu in the Naruto universe. Also, Orochimaru has come up with his own Jutsu. The bad guy is so smart that he fixed the small mistakes in the second Hokage’s Jutsu and made the reanimation Jutsu work. Also, Orochimaru is one of the most important bad guys in the Naruto series, and he has shown his power many times.

Itachi Uchiha is one of the strongest Genjutsu users and Uchihas of all time. He was always a very special child who went above and beyond in many ways. Itachi became an Anbu when he was 11 years old. At such a young age, he had to take on a lot of responsibilities. At first, the young Uchiha is made to look like an enemy of Konoha and Sasuke by making him kill his whole clan. Fans later find out, though, that Itachi loves the two of them very much and was only trying to protect them. Itachi was able to break Kabuto’s Edo Tensei thanks to his impressive Genjutsu skills.

Kakashi is a very strong Shinobi and a Copy Ninja, but in the show, his skills are often played down. 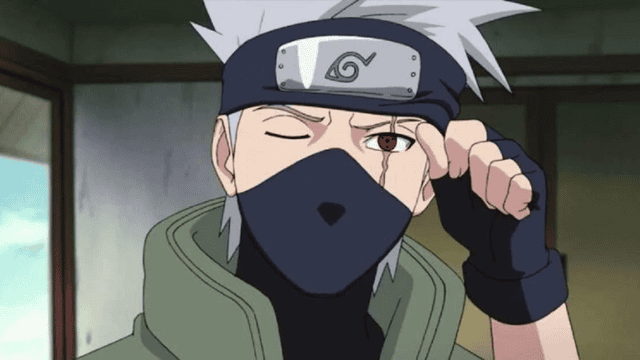 When Kakashi gets the second Sharingan from Obito during the Fourth Shinobi War, fans get to see how strong he really is. Kakashi is a very strong and skilled Ninja, even without the Sharingan.

Hashirama was the first Hokage and the founder of the Hidden Leaf village. 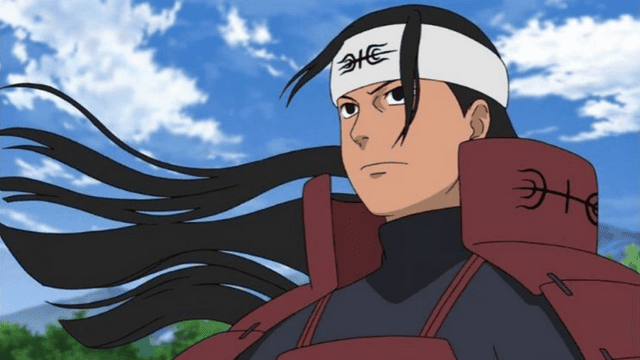 He was thought of as the God of Shinbo and was unbeatable in his time. During their long rivalry, he beat Madara Uchiha many times. His chakra reserves were so strong that he could fight for 24 hours straight without getting tired. His body was so full of life that any injury would heal almost instantly, a speed only matched by Tsunade’s later healing method.

Madara was a legendary Uchiha clan leader. He started the Leaf village with his childhood friend and rival, Hashirama Senju. He was so strong that he dropped meteors on allied shinobi forces and fought them head-on. 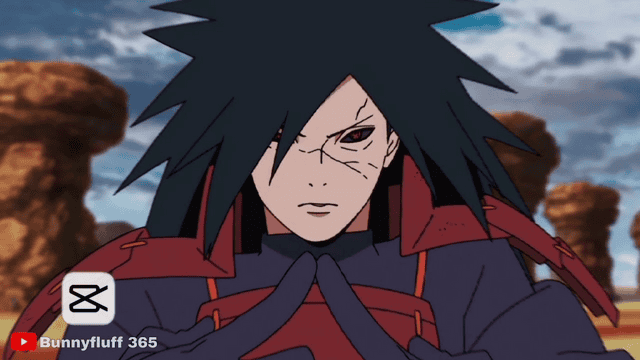 Even the five kages were no match for him. He showed why he was called Madara by controlling and sealing all the tailed beasts by himself. He wanted to make everyone fall asleep and have a happy dream. Really, he was the best Naruto bad guy ever.

The only member of the Uchiha clan still alive after his older brother killed everyone else in the clan except for him. Naruto’s friend and rival. He has a Rinnegan and an Eternal Mangekyou Sharingan at the moment. 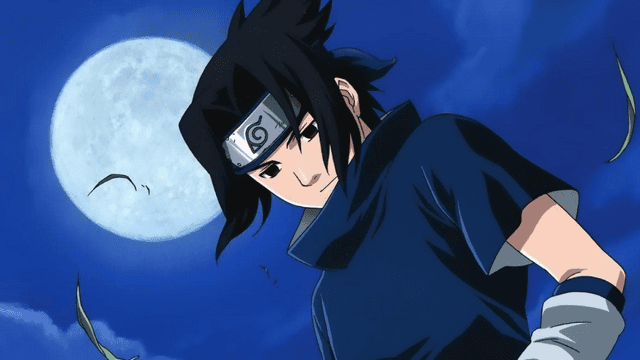 One of the sanins, Orochimaru, was his teacher. He helped Naruto seal Kaguya Otsusuki during the fourth great ninja war. When he found out the truth about his brother, he killed Danzo out of anger.

Naruto was a goofy kid who liked to play jokes on everyone when he was younger. 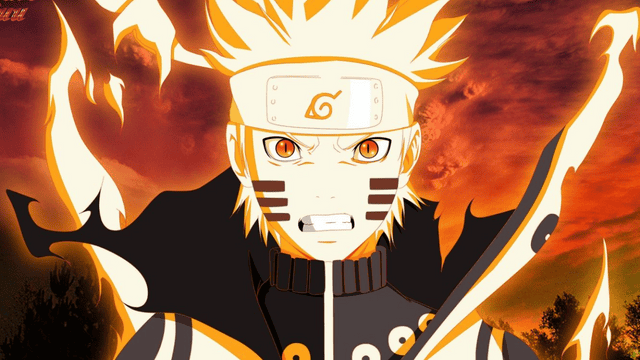 But he was also hurting because people in Konoha used to think he was a monster. He didn’t want to get stuck, so he promised to become the Hokage and the strongest person ever.

During the Fourth Great Ninja War, he was able to form a bond with Kurama and get enough chakra to share with the whole Shinobi Alliance. He later got stronger after the Sage of Six Paths gave him a lot of chakra and the powers of all Tailed Beasts. Naruto is known as the most powerful shinobi of all time in the new era.

As a member of the Otsutsuki, Kaguya is the most powerful person in the Narutoverse. But after eating the whole Chakra fruit from the God tree, she could do things only gods could do. This made her an unstoppable force in Naruto. After she turned against people, her sons Hagoromo and Hamura put a seal on her for good. 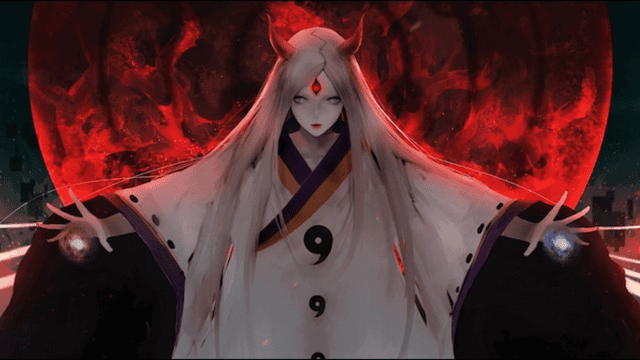 In the Fourth Great Ninja War, she came back to life. It took the combined efforts of the Shinobi Alliance, the best Shinobi in Konoha, Naruto, Sasuke, and Hagoromo to put her back to sleep.

Kaguya Otsutsuki, who is thought to be where chakra came from, is a powerful person. Kaguya can’t die, so she was sealed so that no one could kill her.

Hashirama Senju was the first Hokage and the founder of the Hidden Leaf village. Madara was a legendary Uchiha clan leader. He started the Leaf village with his childhood friend and rival, Hashirama Senju. He was so strong that he dropped meteors on allied shinobi forces and fought them head-on. Kaguya Otsutsuki is the most powerful person in the Narutoverse. 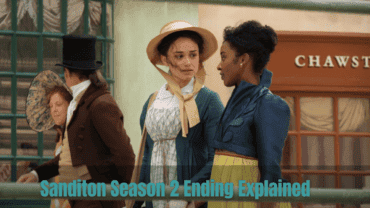