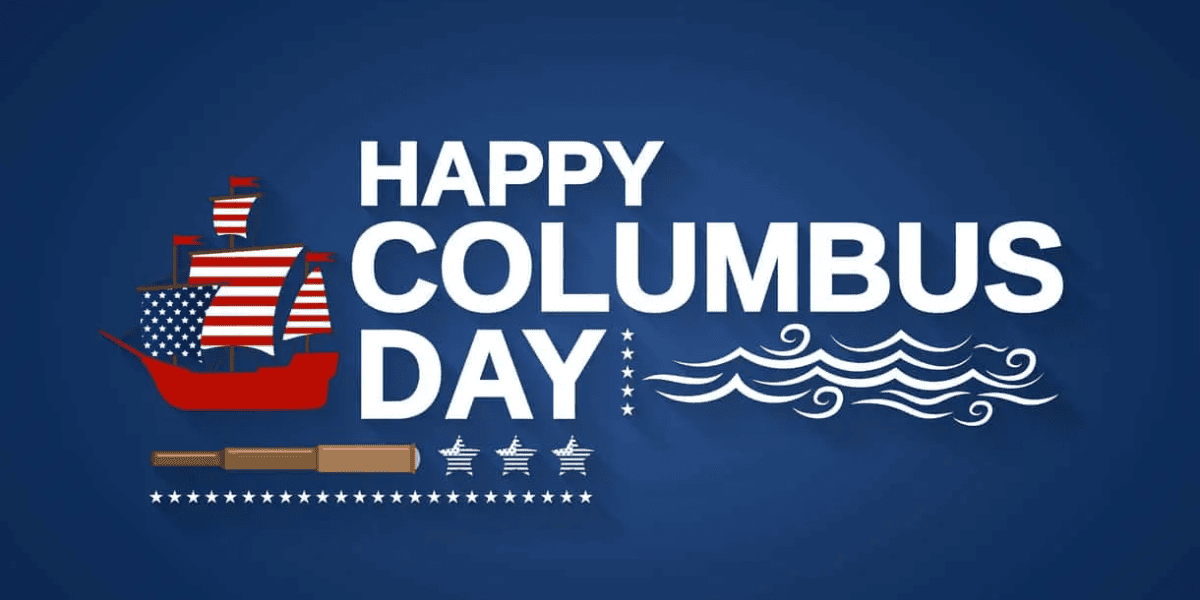 When did we start celebrating Columbus Day?

In 1937, President Franklin Delano Roosevelt made the decision to designate the day of Christopher Columbus as a federal holiday. The second Monday of October has been set aside as a holiday by the United States federal government in celebration of Christopher Columbus Day since 1971. In observance of the day, there will be no business conducted in any federal buildings.

This festival is observed not just in the United States of America but also in Italy, Spain, and a number of other nations around South America. Nevertheless, Hispanic culture and the indigenous peoples of these countries are the focal points of the festivities in these countries.

Gold, spices, and other products from Africa and Asia were brought to Europe by Portuguese explorers as early as the year 1420. These voyages took them south along the coast of West Africa and around the Cape of Good Hope in South Africa. Christopher Columbus believed that by sailing westward rather than around the massive continent of Africa like the Portuguese were doing at the time, he would be able to discover a more direct route. 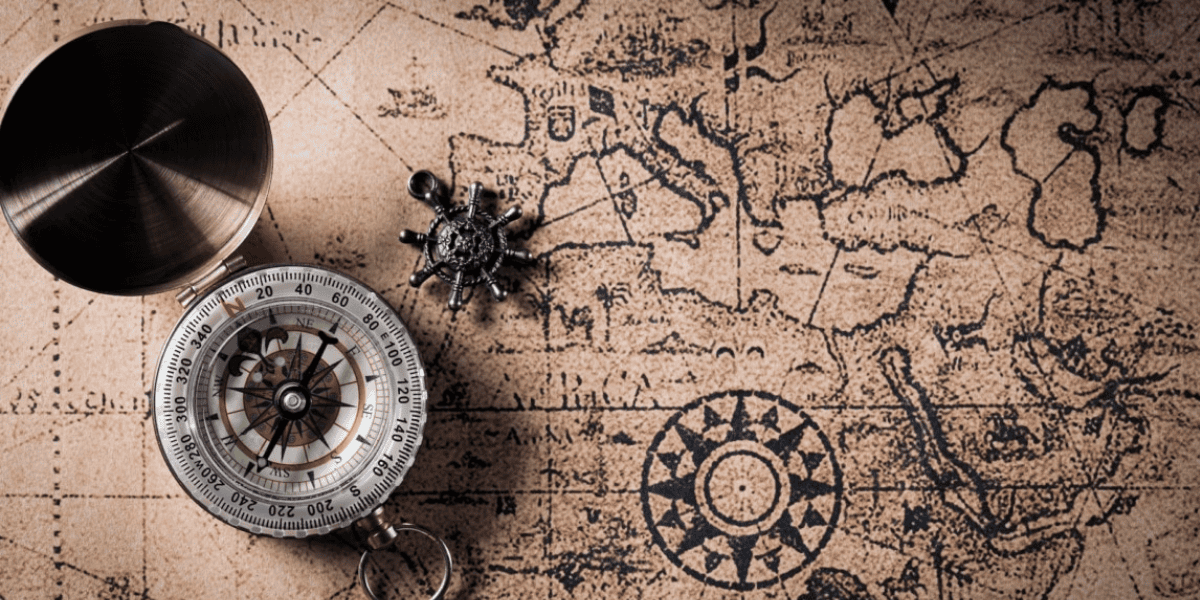 Columbus had no fear of exploring unexplored waters since he realized that the world was not flat but rather round. Columbus set out in August of 1492 after receiving financial support from the King and Queen of Spain, Ferdinand, and Isabella of Castile. He sailed all the way across the “Ocean Blue,” which is another name for the Atlantic Ocean.

On October 12, 1492, when Columbus was under the impression that he had arrived in Asia, he really landed on an island in the Bahamas. As the journey progressed, he discovered Cuba, but mistook it for China at first. Christopher Columbus sailed and explored the Caribbean islands for the following few months in the hopes of finding treasures that he might carry back to Spain.

Before making his way back to Spain in January 1493, he and 39 of his men established the first Spanish colony in the Americas on the island of Hispaniola, which is now split between the Dominican Republic and Haiti.

Christopher Columbus completed three more voyages across the Atlantic Ocean. Columbus finally came to the conclusion, during his third voyage, that he had never actually reached Asia, but rather he had landed on a continent that he had been unaware of before.

Is Leif Erikson the Earliest European Visitor to North America?

Erikson arrived in what is now known as Canada after completing his journey across the Atlantic Ocean. Even though it’s not a federal holiday, the 9th of October has been celebrated as Leif Erikson Day since it was designated by President Lyndon B. Johnson in 1964.

Why is there still a holiday named after Christopher Columbus if he wasn’t the first European to set foot on this continent? The discovery of vast opportunities for transatlantic trade and colonization was a primary contributor to the importance and enthusiasm generated by Columbus’s findings. The “New World” and everything it had to offer became more well-known and interesting to people all over the world as a result of his four travels.

When Should We Celebrate Indigenous Peoples?

A lot of people have questioned whether or not the United States ought to keep celebrating Columbus Day as a holiday. This question arises as one considers the historical particulars of the years surrounding Columbus’s voyage. The indigenous people were subjected to sickness, cruelty, enslavement, and death as a result of European colonialism and the opening of new transatlantic trade routes. 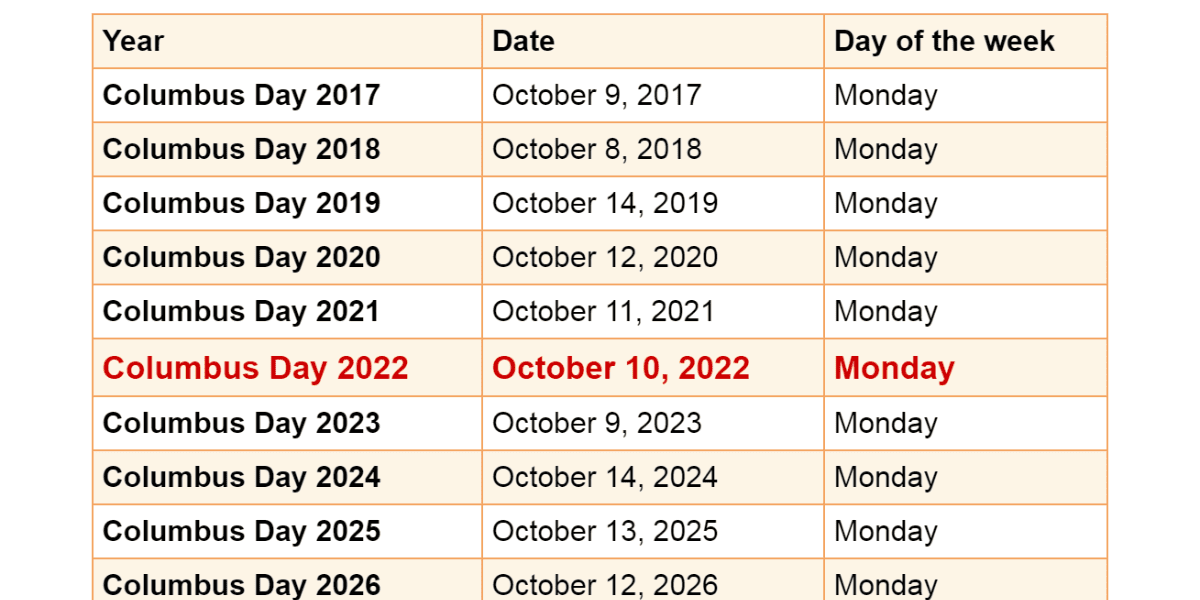 At the beginning of the 1990s, Indigenous Peoples’ Day was initially celebrated for the first time. In 1990, South Dakota was the first state to rename Columbus Day. It is observed in numerous towns and jurisdictions across the country in addition to or in place of Columbus Day in order to bring awareness of the rich cultural legacy and contributions of the Native American people. In some of these cities and states, the holiday is known as Indigenous Peoples Day.

Indigenous People’s Day will henceforth be celebrated on the second Monday in October, in place of Columbus Day, as a result of a resolution that was passed in Washington, D.C. in 2019. In response, the National Congress of American Indians, which was established in 1944, issued the following statement:

This change allows the opportunity to bring more awareness to the unique, rich history of this land that is inextricably tied to the first peoples of this country and predates the voyage of Christopher Columbus. It also acknowledges American Indians and Alaska Natives as thriving, contemporary sovereign nations who hold their rightful place among the American family of governments.