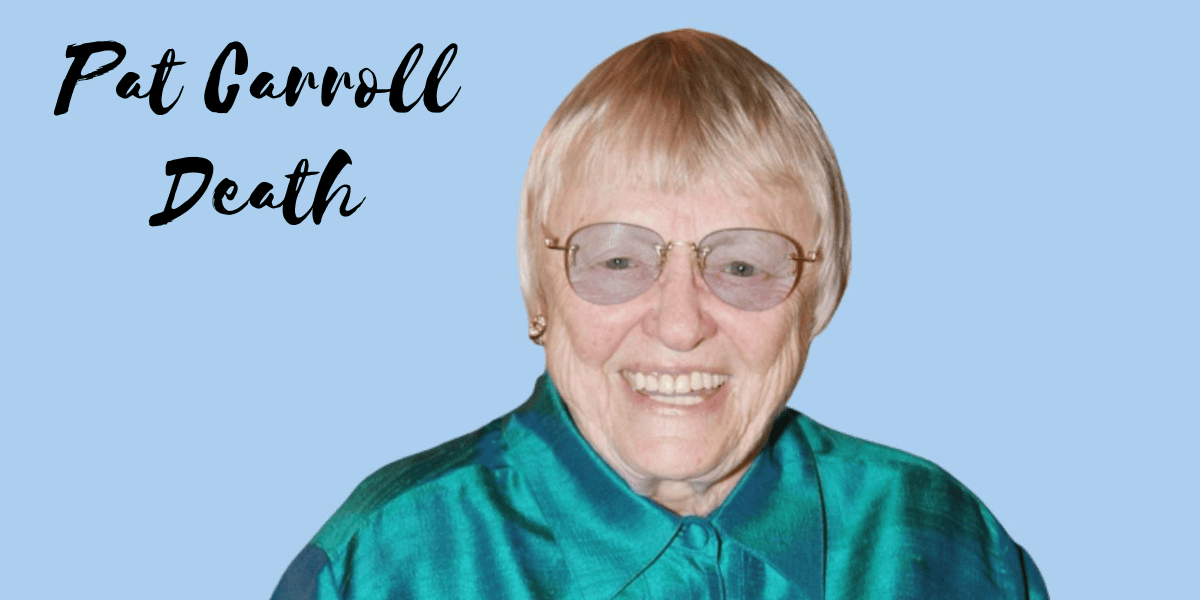 Pat Carroll, who provided the voice of Ursula in “The Little Mermaid,” has passed away. Carroll was a comic television regular for decades. She lived to be 95.

According to her daughter Kerry Karsian, who works as a casting agent, Carroll passed away on Saturday at her home in Cape Cod, Massachusetts. Her other daughter, Tara Karsian, posted a message on Instagram asking people to “honor her by having a raucous laugh at absolutely anything today (and every day forward) because, in addition to her brilliant talent and love, she leaves my sister Kerry and I with the greatest gift of all, imbuing us with humor and the ability to laugh…even in the saddest of times.” Kerry and Tara Karsian were her daughters.

Carroll was born in the year 1927 in the city of Shreveport, Louisiana. When she was five years old, her family moved to Los Angeles from another state. Her first job in a movie was in 1948’s Hometown Girl, but she really hit her stride in the television industry. 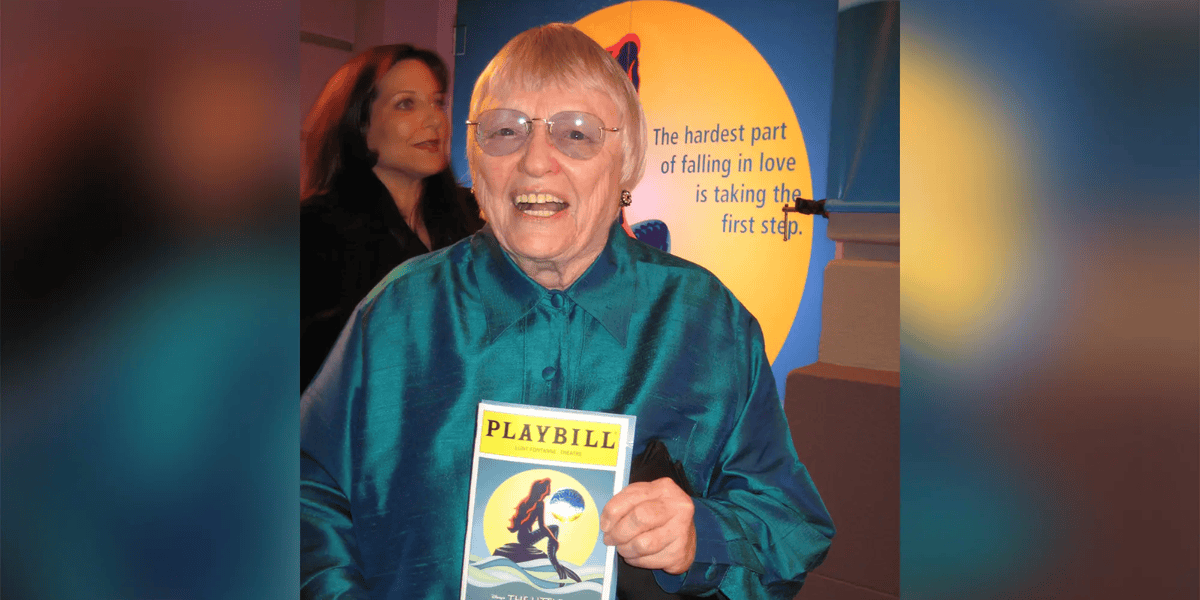 She was a regular on Make Room for Daddy with Danny Thomas, a guest star on The DuPont Show with June Allyson, and a regular on variety shows such as The Danny Kaye Show, The Red Skelton Show, and The Carol Burnett Show. In 1956, she was awarded an Emmy for her work on the sketch comedy series Caesar’s Hour. In addition, she appeared on Make Room for Daddy, The DuPont Show, and The Carol Burnett Show.

In the television adaptation of Rodgers and Hammerstein’s Cinderella, which she co-starred in with Lesley Ann Warren in 1965, she also had a role as one of the wicked stepsisters. In addition, she was presented with a Grammy Award in the year 1980 for the recording of her one-woman show titled Gertrude Stein, Gertrude Stein, and Gertrude Stein.

Due to the release of Disney’s The Little Mermaid in 1989, a whole new group of people were introduced to her singing and quickly fell in love with it.

She was not the first choice of either the musical team of Howard Ashman and Alan Menken or the directors Ron Clements and John Musker, who reputedly wanted Joan Collins or Bea Arthur to voice the sea witch. Even before Carroll got the chance to audition, Elaine Stritch had been hired for the role. Her raspy performance of “Poor Unfortunate Souls” would cement her place as one of the most iconic antagonists in Disney history.

Ursula was consistently cited by Carroll as one of her all-time favorite characters to portray. She stated that in her mind, she pictured her as “a former Shakespearean actress who now sold cars.”

“She is such a sour old woman! I believe that people find it fascinating to read about villains “During the course of the interview, Carroll stated.

“It’s easy to get sidetracked thinking about the nasty, mean people that populate the world when we don’t actually come into contact with that many of them in our everyday lives. Therefore, whenever we have the opportunity to witness one on the stage—especially this one, who is a major player—it is really interesting for us to do so.” 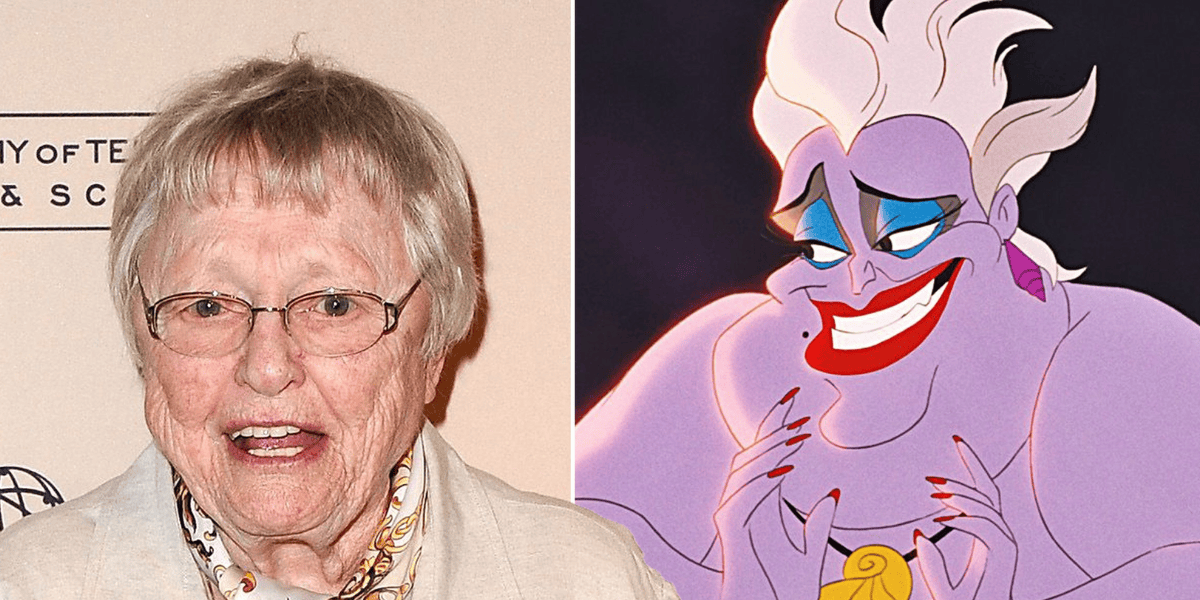 She was given the opportunity to play the part once again in a number of Little Mermaid sequels, spinoffs, and even theme park rides.

Carroll provided the voice of Granny in the English-language dub of the anime film My Neighbor Totoro, which was directed by Hayao Miyazaki.

Pat Carroll’s estate was worth $1.5 million at the time of her death.

American voice actor, comedian, and actor Pat Carroll have passed away. Her portrayal of Ursula in “The Little Mermaid” is probably her most well-known role. Carroll passed away on July 30, 2022, at the age of 95, due to pneumonia.