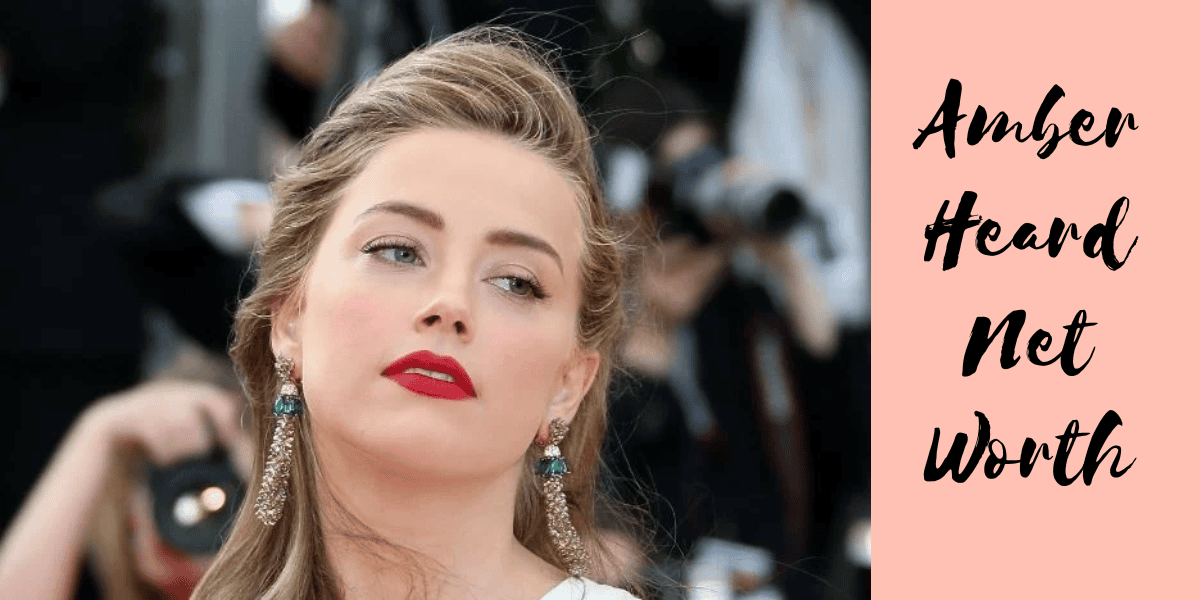 American actress and model Amber Heard has a $6 million dollar net worth. Amber Heard is well-known for her roles in the films “Aquaman,” “The Rum Diary,” “Never Back Down,” and “Drive Angry” as an actress. Heard is well renowned for her activism, particularly in relation to LGBTQ rights, and has made appearances on several television shows.

Amber has gained notoriety in recent years as a result of her relationship with her ex-husband, Johnny Depp. Despite their divorce in 2016, Heard and Depp would spend the next several years fighting in court and in the media.

Depp launched a $50 million defamation action against Heard in Virginia in 2019 in connection with an Op-ed she wrote for the Washington Post the previous year. Following that, Heard launched a $100 million counter-defamation claim in response to statements made by a Depp attorney. More on these slander lawsuits follows later in this story.

Her Salary And Endorsement Income

Amber Heard made $10 million in total pre-tax income from all sources (salaries, endorsements) between 2013 and 2019 according to testimony provided during the Depp v. Heard mutual defamation cases. 2019 was her highest-earning year during that time when she made about $3 million.

In testimony, it was also discovered that Amber had a four-picture contract with Warner Brothers, as part of which she received $450,000 for her debut appearance in a studio film. She then received $1 million for her performance in Aquaman, the first. She has a contractual obligation to receive $2 million for the sequel and $3–4 million for a third Aquaman movie. 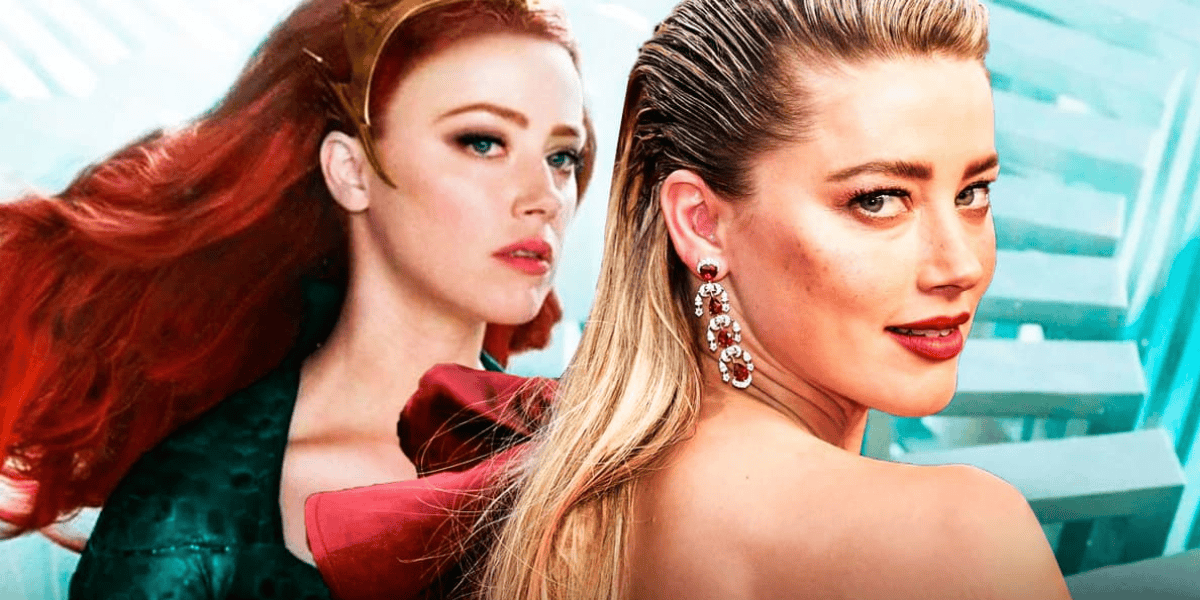 According to testimony, Amber received a salary of $1.8 million, or $200,000 per episode, to play the lead character on the nine-episode television series “The Stand.”

According to testimony, Amber had a $1.625 million, two-year contract with L’Oreal that gave the cosmetics firm a 20-day commitment to Amber.

Amber Heard was born in Austin, Texas, on April 22, 1986. Heard and his only sibling grew up outside of Texas, where they learned to ride horses, hunt, and fish.

Even though she went to a Catholic high school and competed in beauty pageants as a teenager, she grew to dislike religion and the Texan way of life. So, when she was 17, she quit school and moved to New York City. She started out as a model in New York, but then she decided to become an actress instead. She then moved to Los Angeles.

Music videos were where Amber Heard’s acting career got its start. From then, she went on to star in Jack & Bobby, The Mountain, and The O.C. Friday Night Lights (2004) was her debut cinematic role. The film’s popularity boosted her profile in the industry. She went on to star in movies including Alpha Dog, You Are Here, Price to Pay, You Are Here, and Drop Dead Sexy. She also began making guest appearances on series like Criminal Minds and Californication.

Amber Heard has since progressed to playing more central roles and currently stars in the teen drama Hidden Palms. Unfortunately, the show was terminated after only eight episodes due to the negative reception it garnered from reviewers and ultimately received. Remember the Daze was another film that was panned by critics and did not fare well at the box office starring Heard, who also starred in that film.

However, by the year 2008, Amber Heard had finally begun to break through the industry barriers and establish herself as one of the most successful leading ladies in Hollywood. She had a role opposite James Franco and Seth Rogen in the stoner comedy Pineapple Express, which was released this year.

In addition, she had a role in the film Never Back Down. Amber Heard has demonstrated her ability to bring projects to new heights by contributing to the financial success of both of these films. Despite this, she proceeded to make appearances in movies that were box office bombs, such as “All the Boys Love Mandy Lane” and “The Informers.”

Amber Heard continued her trend of getting roles in films that were either successful or failed in the year 2009. In spite of the fact that Zombieland turned out to be a significant advancement for her career, she finished the year with a string of films that were commercially and critically unsuccessful, including The Joneses and The Stepfather. 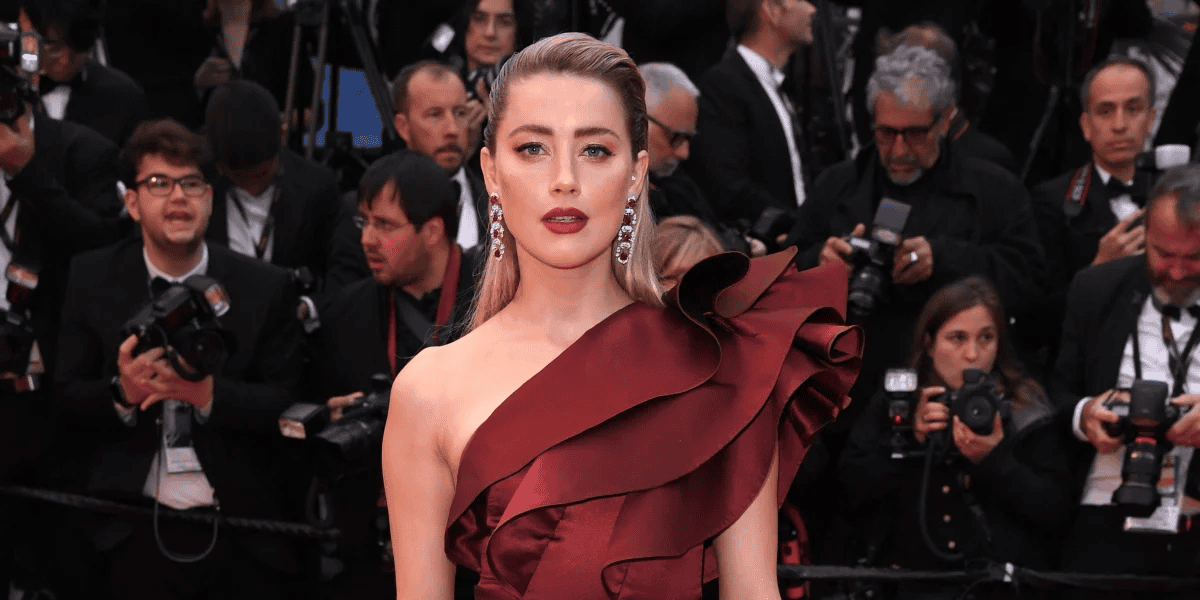 During the subsequent time period, Heard placed a greater emphasis on working on independent films such “ExTerminators,” “The River Why,” and “And Soon the Darkness.” She also had a role in the movie The Ward, which was panned by the critics and only managed a middling showing at the box office.

It was on the set of 2011’s The Rum Diary that Amber Heard first shared the screen with Johnny Depp. The picture, which was based on a novel by Hunter S. Thompson, was met with poor reviews and failed to make a significant financial effect. Drive Angry, Paranoia, Machete Kills, and Syrup are just a few of the films that tell stories similar to this.

In 2015, Heard had a more fruitful year, with roles in critically acclaimed films like Magic Mike XXL, The Danish Girl, The Adderall Diaries, and One More Time. All four of these movies did well at the box office and/or with critics. But she also showed up in London Fields, a movie that bombed miserably.

Both the filmmaker and the actors in the 2015 film had issues with the final version that was shown to viewers, leading to charges of fraud. Heard was sued for $10 million because she made illegal modifications to the script and didn’t finish the voice-over work, and the picture got terrible reviews. She filed a countersuit, and eventually, they settled out of court.

After becoming known for her role as Atlantean queen Mera in the DC Extended Universe, Heard spent the ensuing years in a variety of indie films. She made her debut as Mera in 2012’s Justice League and has since repeated the role in Aquaman (2012) and its 2013 sequel.

Johnny Depp sued News Group Newspapers in the United Kingdom in 2018 because The Sun referred to him as a “wife beater” in an April 2018 piece. The lawsuit was scheduled to go to trial in 2020. Heard and Depp both testified for several days. A judge concluded in November 2020 that 12 of the 14 incidences of violence Heard allegedly claimed to have experienced were “basically true.” In March 2021, Depp lost his appeal.

Johnny filed a slander suit against Amber Heard in Virginia in 2019. He requested a $50 million payout in response to an op-ed Amber Heard wrote for The Washington Post in December 2018 detailing the alleged abuse she suffered.

Although Heard never mentioned Depp by name, he felt she was strongly indicating that he was to blame for several incidents of violence, despite the couple’s earlier joint comments claiming that “there was never any purpose of physical or emotional harm” from either partner.

Furthermore, Depp claimed that he was a victim of domestic abuse as a result of Heard’s actions, which included hitting, kicking, throwing objects, and even feces. Heard’s attempts to get the case dismissed were rebuffed after Depp’s legal team disclosed evidence of his allegations.

Heard filed a counter-suit in August 2020. On April 11, 2022, the trial for this defamation case began in Fairfax County, Virginia.