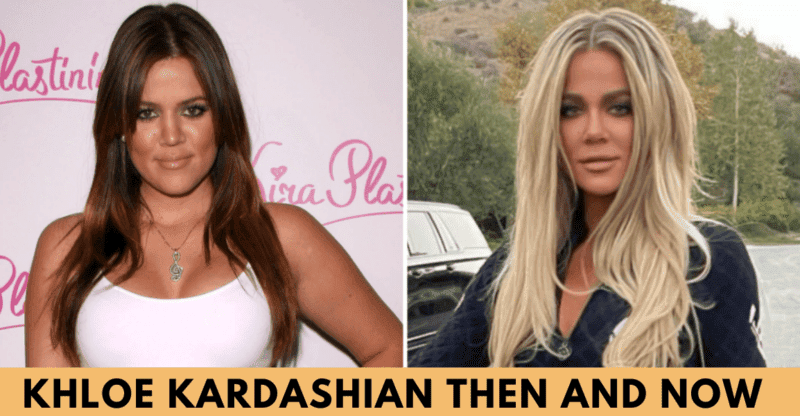 Even though all of the Kardashians and Jenners couldn’t look more different than when they first came on our screens in 2007 (wow, has it really been that long?! ), the Kardashian and Jenner families continue to dominate the entertainment industry. We are going to come right out and say it: Khloé Kardashian has undergone the most significant change of any of the Kardashian sisters.

Due to the fact that Kendall Jenner and her younger sister Kylie Jenner were still youngsters when Keeping Up with the Kardashians first premiered, they do not really count because it is inevitable that they will look significantly different now.

Despite this, Khloé’s physical appearance shifted subtly throughout the first several seasons of the show, then underwent a significant transformation during the show’s later seasons. And now that KUWTK has finished airing for good, she seems to have experienced the most significant metamorphosis of her whole life, looking almost unrecognisable in the process.

Let’s take a trip down memory lane and check out some old photographs of the reality television star, who is now 37 years old. When we compare the first picture of her to the last picture, we can’t believe how much her appearance has changed.

To get a better idea of how much the Good American founder has evolved over the years, we decided to begin our investigation ten years earlier than we had originally planned. In 2012, Khloé rocked the popular looks of a deep mahogany fake tan, heavy eyeliner, and a nude lip, which was worn by virtually everyone else.

She was someone who was always concerned with remaining current with the latest fashions. But only one year later, she had a makeover that was pretty remarkable. She stopped using artificial tan and switched to a much more natural cosmetic approach. She also got her hair lighter and her brows lighter (and dare we say fuller?) This led us to declare that she was quite the natural beauty.

A lot has changed for Khloé in the past three years, and we don’t just mean her hair colour, which went from dark brown to a very Los Angeles-appropriate blonde over the course of these years and has remained the same since then.

(We believe Khloé looks good with any hair colour – even red, which she experimented with for a little while when she was younger – but we have to admit that we are enamoured with her when her hair is blonde!)

Fans noticed a significant difference in Khloé’s appearance around the year 2015, which they ascribed to her dropping a significant amount of weight and possibly undergoing some cosmetic treatments. 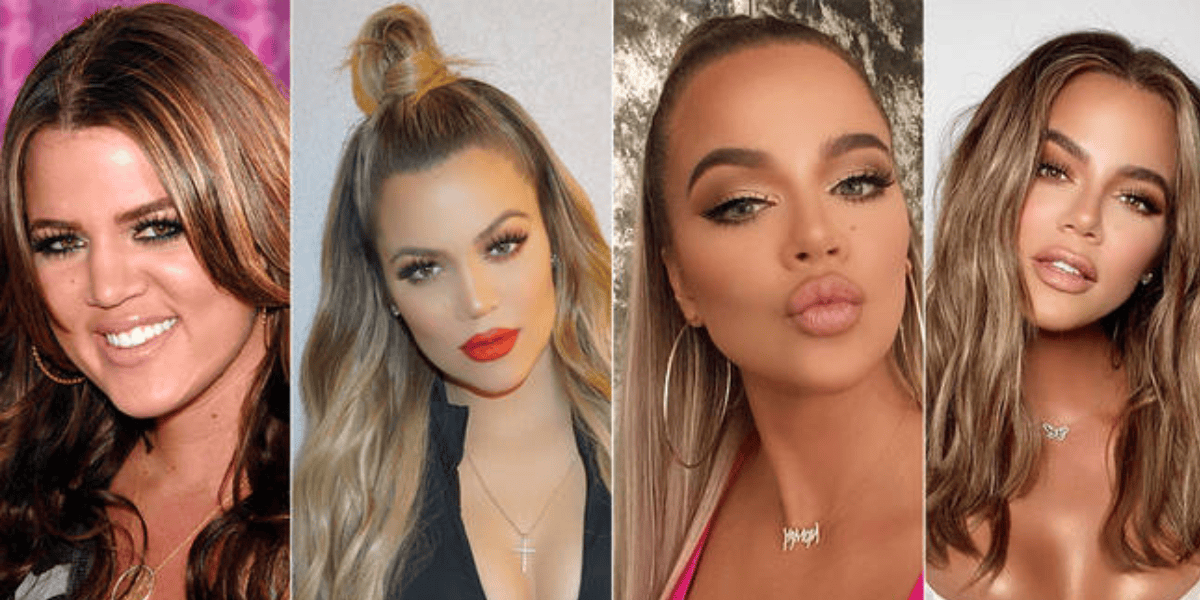 Khloé admitted to having a nose job, Botox, and several injections (perhaps she was referring to fillers?) over the course of her lifetime in a conversation with Andy Cohen during the reunion episode of Keeping Up With the Kardashians that aired a year ago.

This was a refreshing change of pace for Khloé, who previously denied having any cosmetic enhancements. We believe that some of these procedures are very apparent in the pictures that were taken between the years 2015 and 2018, as her nose appears to be smaller and thinner, with the tip and nostrils appearing to be smaller and more lifted, and the shape of her face appears to have changed quite significantly.

Read More: When Does NBA Season Start 2022: When Does the Regular Season of the NBA Begin and End?

Khloé stunned us all by allegedly going overboard with the claimed cosmetic operations and plastic surgery, which many of her admirers have labelled, just when we thought she was perfect and wouldn’t want to change anything about her face. Khloé started to appear completely different between 2019 and 2021.

It’s noteworthy to note that Khloé gave birth to True, her and Tristan Thompson’s now three-year-old daughter, in 2018, and that the initial cheating claims involving Tristan and Jordyn Woods surfaced in 2019.

Khloé seems to have a tendency to drastically alter her appearance, as seen by the fact that she underwent yet another transformation after Tristan’s most recent cheating scandal, which this time involved the son he had with Maralee Nichols on his 30th birthday the previous year.

We know the Kardashians are addicted to Photoshop for a variety of reasons, and we still can’t get over Kim Kardashian’s newest Photoshop mistake! — so many of the mom-of-more one’s unconventional photos might be partially linked to filters and other photo-altering tools! Her visage has changed in ways we never could have imagined, as is evident.

Khloé may have had an eyebrow lift in 2012 alone, in addition to the procedures she has admitted to (if you don’t believe us, look at how much higher her brows are and how the shape of her eyes has changed in photos from 2012 to 2021! ), Botox to achieve her wrinkle-free complexion, facial fillers (which may also include cheek and jaw fillers), as well as the very obvious lip fillers, about which fans were very worried. It is impossible to overlook or comprehend the difference in her photos from the past ten years! What do you think of her change?

The majority of Khloé’s change this year has been attributed to her post-breakup vengeance figure, which only appears to be getting more and more gorgeous. But lately, a never-before-seen, unedited, and unfiltered photo of Khloé that depicts her looking a little (well, a lot!) different from the Khloé we are used to seeing utterly surprised fans. How has she changed so much in appearance?

She posted the nearly unrecognisable image (along with a few others) on Reddit on July 4th, and the debate centred on how she constantly changes her appearance. 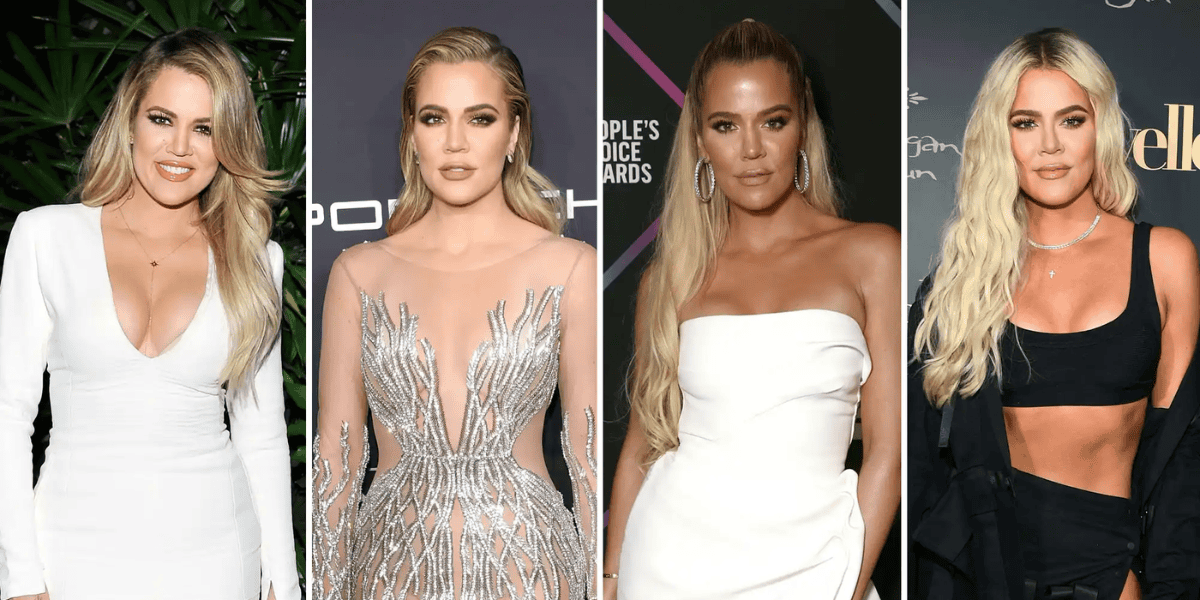 Although the exact date of the photograph is unknown, Reddit users have conjectured that it might have been shot as recently as 2018, before the nose job she admitted to getting that year. And there was a huge difference among fans over whether Khloé looked better without makeup and filters!

In reference to the previously unseen photo, one fan wrote: “This may be a very unpopular view but when Khloe is barefaced it doesn’t look like she’s gotten a lot of work done.” “When she applies makeup, it appears as though she has had seven face transplants. I believe the first picture was taken in 2018, and it resembles her teen pictures very much “Added them.

“I think she’s had a lot of work done, but I really think it’s the Photoshop that makes her unrecognisable,” another fan said, and a lot of other fans agreed. “Plus a lot of Photoshop,” said another fan. Another thought was that her face had changed the most since she started dating Tristan.

“Unfortunately, her face has changed a lot since 2018…. tbh, ever since Tristan, she’s gone off the deep end getting work done… sad,” said a fan. “I think Khloe does more with photo editing and makeup contouring than her sisters do, and I think that’s why every picture looks so different—not it’s as easy to do the same things over and over again with those things. She has had work done, but I don’t think it’s as much as you might think from her photos “Another fan thought about it. 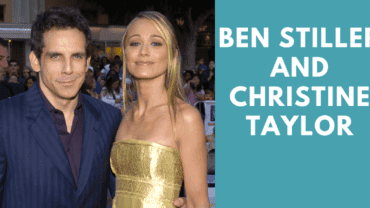