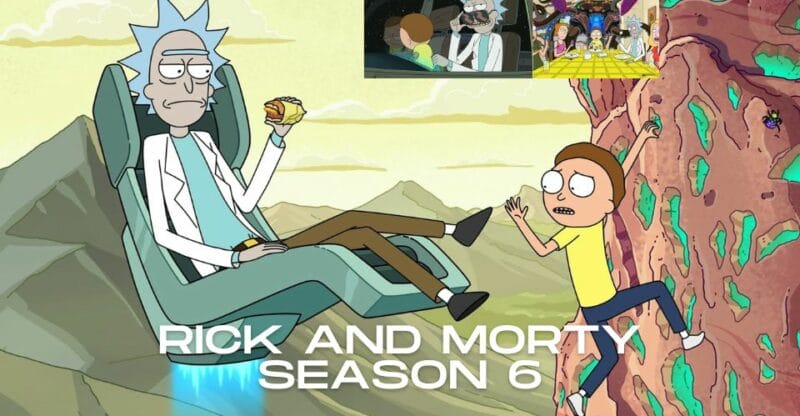 When can we expect Rick and Morty Season 6 to come out? Fans aren’t sure when the show will come back on Adult Swim because it has been on and off the air at different times in the past. Here’s what we know so far about the renewal. 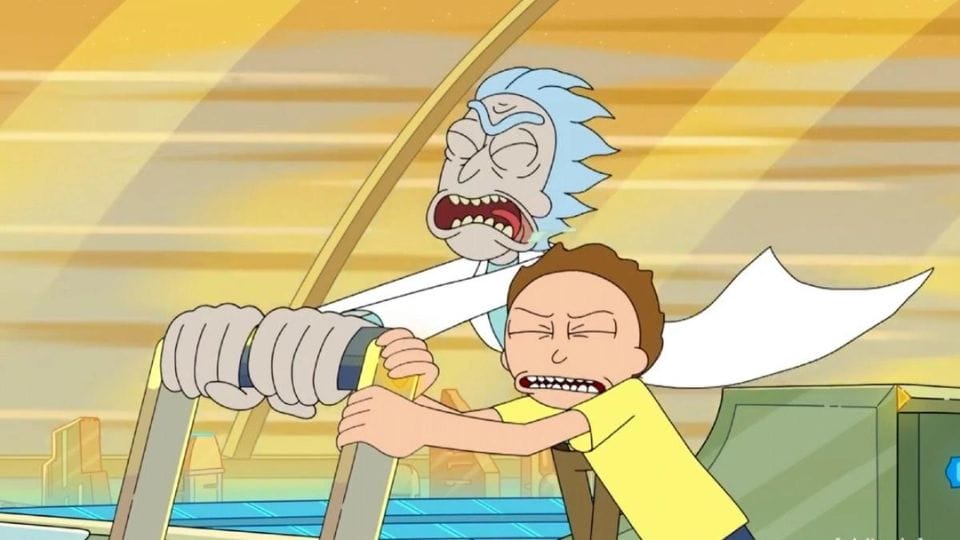 How Many Episodes Are There in Season 6 of Rick and Morty?

Since both seasons 4 and 5 had 10 episodes, we think that season 6 will also have 10 adventures. They could air in two parts, as Season 4 did.

This would fit well with the show’s 70-episode schedule since 10 episodes per season would take us all the way up to season 10.

Harmon has said in the past that he wants seasons to have more than 10 episodes, so it remains to be seen if the seventh installment will increase the number of episodes for the first time since season 1, which had 11 episodes.

The Cast of Rick and Morty Season 6

We can pretty much be sure about the cast because co-creator Justin Roiland voices half of the characters, including Rick Sanchez and Morty Smith, the show’s namesakes.

Rick and Morty have a lot of memorable recurring characters, so Kari Wahlgren as Jessica, Keith David as the President of the United States, and Harmon as Birdperson are probably going to show up again.

As usual, season 6 is likely to have a bunch of impressive celebrity guest stars. We’ll know more about this when the season comes out. 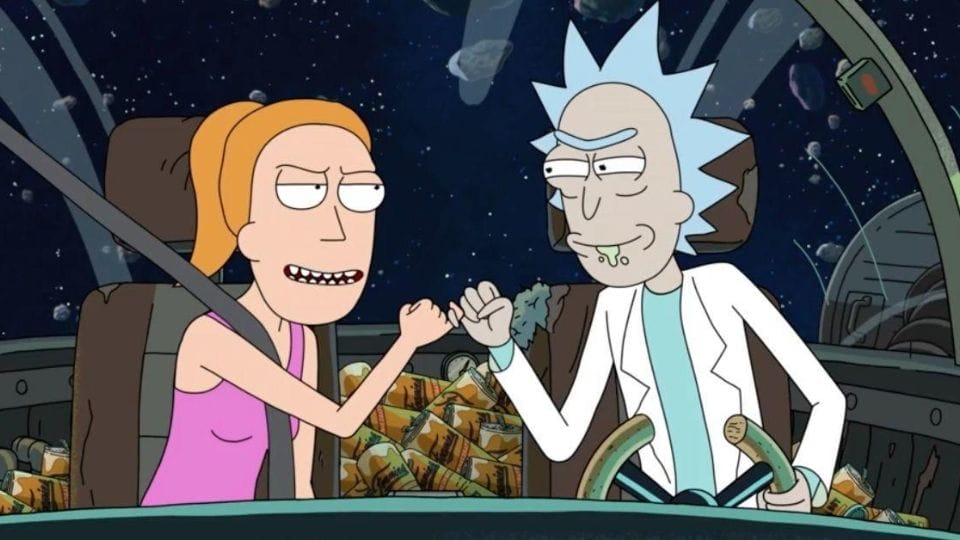 What Did Will Happen in Rick and Morty Season 6?

We don’t know much about the plot of season six yet, but we hope that future episodes will be more like “Mortyplicity” and less like “Rickdependence Spray,” which is still probably the dumbest Rick and Morty episode to date.

The end of Season 5 made it clear that things could go in this direction. Rick and Morty tend to focus more on the canon at the end of each season, but the end of season five was the first time the show focused so much on serialized storytelling.

Not only did “Rickmurai Jack” bring Evil Morty back, but it also showed Rick’s real past, which basically proved that another Rick did kill Rick’s wife and daughter. Some time ago, a flashback in Season 3 hinted at this, but now that we know it’s true, don’t be surprised if the show starts to show more canon in the future.

Spoilers for Season 6 of Rick and Morty

We’re still a long way from hearing any clear story elements or spoilers regarding season 6, and the show’s episodic style makes it tough to predict.

But even though the show’s continuity isn’t perfect, there are a few loose ends that the show seems determined to tie up, like the Birdperson storyline that has been going on since season one. Birdperson was last seen in season 5 when Rick brought him back to life and told him he had a secret daughter, who is likely to come back later in the show.

Evil Morty, who hadn’t been on the show since season 3, returned in the two-part season 5 finale. Morty was able to leave Rick’s control after he broke through the Central Finite Curve and went to other parts of the multiverse.

Evil Morty showed off a new world and then jumped into a yellow portal, which fans thought meant he was free from Rick. They are now wondering if we’ll ever see him again. In season 6, fans can also look forward to seeing more universes.

The Vindicators, a parody of superhero teams, will also get a spin-off, which could lead to a crossover in season 6 or later.

FASTER IN ALL DIMENSIONS ⚽🟢
Watch as @mosalah and @viviannemiedema join forces to make Morty the best football/soccer player in all dimensions. Depending on what place you are looking at this post…#FasterInAllDimensions pic.twitter.com/7i4yuLd83D

The sixth season is expected to come out in the summer of 2022.

Rick and Morty are known for having a crazy release schedule, with a two-year gap before and after the long-awaited third season. This makes fans very unhappy.

But now that Dan Harmon and Justin Roiland have signed that historic 70-episode deal with Adult Swim, Roiland has promised that there won’t be any bigger gaps between seasons.

In fact, season 5 came out about a year after season 4. In July 2020, Harmon said that writing for season 6 had already begun, and in August 2021, writer Cody Ziglar hinted in a tweet that season seven had been finished. 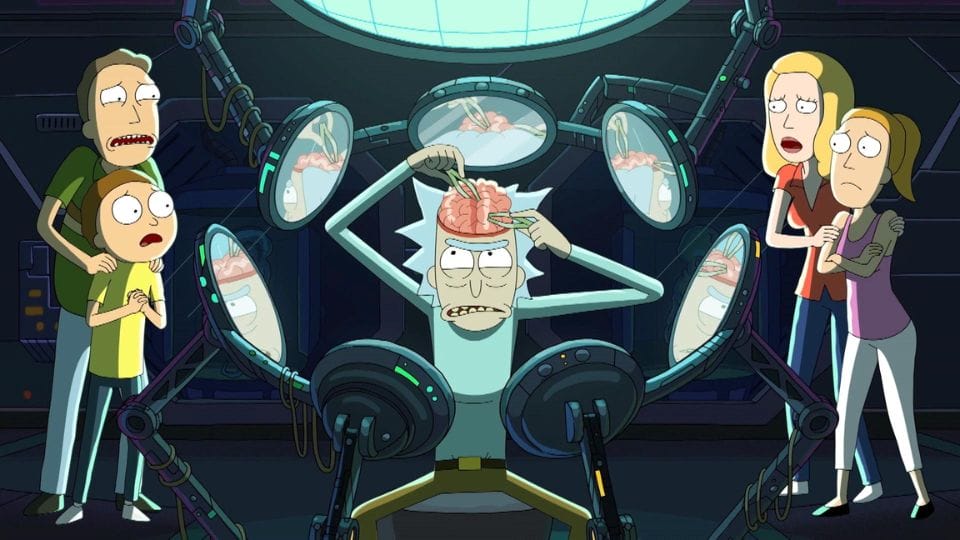 Now that the scripts are written and the show is making episodes on a rolling basis, Rick and Morty may move to a more regular schedule with new episodes coming out every year. If this happens, the season 6 premiere would be in the summer of 2022.

But this is Rick and Morty, so don’t rule out a more experimental release plan. The season 3 premiere aired on April Fool’s Day without any warning, and Roiland has said he wants to release episodes every month to shorten the time between seasons.

Trailer of Rick and Morty Season 6

Is Rick and Morty’s Sixth Season Over?

Will there be a seventh season of Rick and Morty?

The next season of Rick and Morty is Season 7. No one knows when the season will come out. Dan Harmon said at an Adult Swim Con panel that Season 7 was being made around the time that the Season 5 premiere came out. All of the writing for this season has been done.

Is the Show Rick and Morty Over?

The 10th and last episode of season 5 of the cult sci-fi animation by Dan Harmon and Justin Roiland, Rickmurai Jack, first aired in September 2021. It follows the misadventures of an alcoholic scientist named Rick Sanchez and his nephew, Morty Smith.

Check our website by clicking here for more information about upcoming movies and other things.