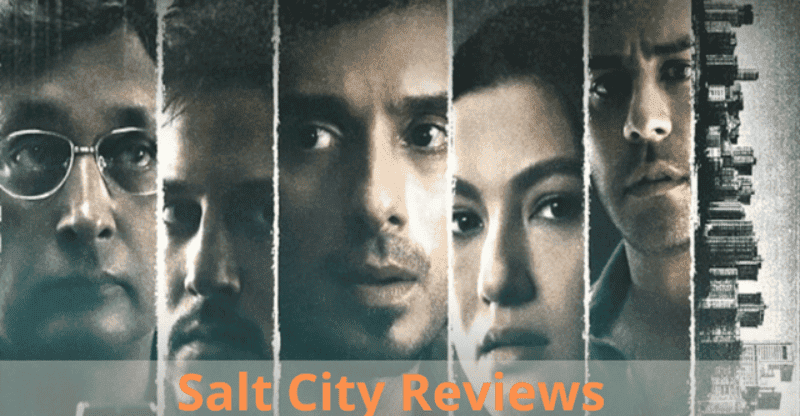 Since the beginning of cinema, Mumbai has been a mainstay; from being a backdrop to an aspiration to frequently a metaphor, the city has seen it all in Bollywood. Let’s discover the latest details about Salt City Season 1.

Salt City is a narrative of a family who moved from Lucknow to Mumbai and gradually noticed fractures beginning to form in the very fabric of their interactions with one another. Mumbai is included in the cast once more.

And with today’s first fresh releases, the weekend has finally arrived! Let’s get started because there are five web series and five additional pieces of entertainment to cover.

First, I’ve finished watching the brand-new Hindi web series Salt City that is currently available on SonyLiv. When the movie’s trailer first came out, I saw what a fantastic star cast it has.

In the series, which purportedly dealt with complex relationships, an engaging group of performers seemed to have established the proper kind of rhythm. I have always been interested in topics where you can see into the characters’ minds and discover that there is more going on than meets the eye.

This continues until a can of worms opens, at which point you can actually see how the characters are at odds with one another. In light of this, let’s see if Salt City leaves an impression.

The plot of Salt City centres on a dysfunctional family that comes together for a wedding. However, nothing is exactly as it seems. The narrative made me think of the groundbreaking movie

Monsoon Wedding, which was directed by Mira Nair. It almost seems pointless to make comparisons to that movie given how wonderfully the complexity of the characters is displayed. But I also found the complicated view of relationships and the finer details here to be incredibly enjoyable.

With 7 episodes (with the exception of episodes 1 and 7) lasting around 30 minutes each, the screenplay is suitable for binge-watching. You meet the characters right away, and you can already see there is a lot of tension between them.

Each of them has tense connections with the others, but nobody is really willing to talk about it and then deal with it. 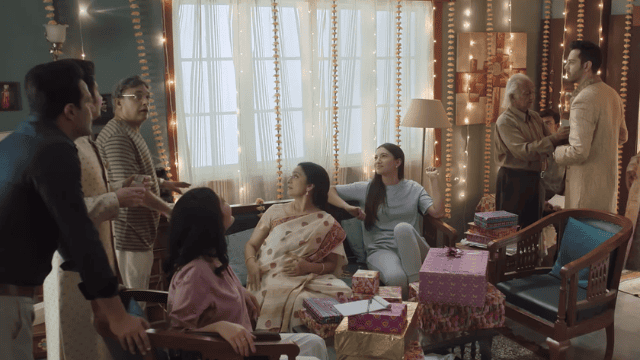 The drama develops slowly and in a leisurely manner. The drama would become a specialized genre because of this. In an era of fast-moving thrillers, this drama demands perseverance to fully appreciate the subtleties and texture.

The sub-plots are intriguing, but some of them are underdeveloped and don’t have the intended impact.

However, there are undercurrents of a major reveal that will remind you of Monsoon Wedding (and I can’t help but make the comparison). The drama had my attention for the most part until the conclusion when it lost me in an attempt to set up season 2.

Although the program hasn’t ended yet and a new season is on the way, the finale looked a little haphazard to me. However, the authors deserve praise for their admirable attempt to explore the nuanced yet difficult perspective on relationships.

Here, the performances are excellent. In a cameo, Apeksha Porwal is radiant as Rashmi. Sulekha is played by Vinita Joshi, who is excellent, and Vibha is played by Nivedita Bhattacharya, who is also excellent.

Rohit, played by Manish Nawani, is quite likable. Eisha Chopra does a good job portraying Esha, who had to internalize a lot of her feelings. Sukesh, played by Jitin Gulati, is so fantastic in this scene that he will make your blood boil.

Since the days of “Ms Dhoni – The Untold Story,” his development as an actor has been enormous. The way Monica Choudhary had to convey some of the challenges that Ela was struggling with was incredibly emotional, and she is fantastic as Ela.

Navni Parihar, who plays Triveni, does a terrific job as the mother who is completely unaware of what is going on around her. As Nikhil, Pranay Pachauri, who just had success with Guilty Minds, is fantastic and truly makes his presence known.

In his role as Aman, Manish Anand once again plays a guy who must internalize a lot of emotions, and he does so admirably. One of the best actors on exhibit here is Gauahar Khan, who does a fantastic job as Gunjan. The fact that more and more directors are realizing her potential makes me the happiest.

She is quite effortless here and looks lovely. It is always a delight to watch Piyush Mishra on screen in his role as Harish since he is outstanding. Here, Saurabh, played by Divyendu Sharma, has a great character arc. He is a really good and dramatic contrast to his character in Mirzapur, from being joyful and carefree to seeking his identity after an incident.

Check out the trailer below:

Salt City is a unique take on relationships, but it’s a complicated one, so you’ll need to be patient with it. Nonetheless, if you like dramas that focus on the tensions within a couple’s relationship, this is the show for you. Streaming on SonyLiv.