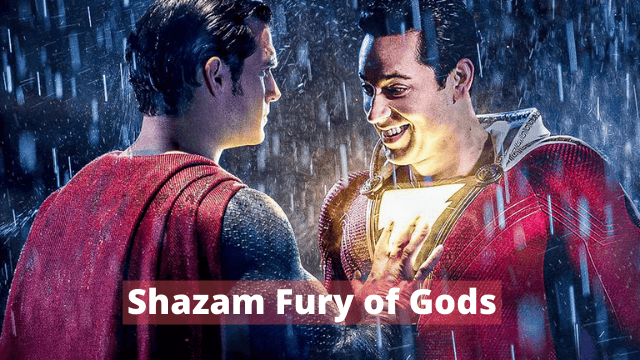 It is scheduled to be the sequel to Shazam! (2019) and the twelfth film in the DC Extended Universe, produced by New Line Cinema, DC Films, The Safran Company, and Mad Ghost Productions, and distributed by Warner Bros. Pictures (DCEU).

David F. Sandberg directs the film, which is based on a script by Henry Gayden and Chris Morgan. Zachary Levi, Asher Angel, Jack Dylan Grazer, Djimon Hounsou, Rachel Zegler, Helen Mirren, and Lucy Liu will star in the film.

Here is everything you want to know about the Shazam Fury of the Gods.

Cast Of the Shazam Fury of the Gods

Shazam Fury of the Gods: Plot

The upcoming film “Shazam! Fury of the Gods” is part of what is known as the DC Extended Universe (DCEU). It’s the follow-up to the 2019 film “Shazam!” The film will pick up with young Billy Batson as he navigates life as a teenager while also being an extremely powerful superhero.

No narrative details have been revealed as of this writing. Sandberg did say that now that the entire family has abilities, we’ll see what it’s like. In an interview with The Direct, Zachary Levi, who plays the titular hero, expressed his excitement for the enemies this time around. 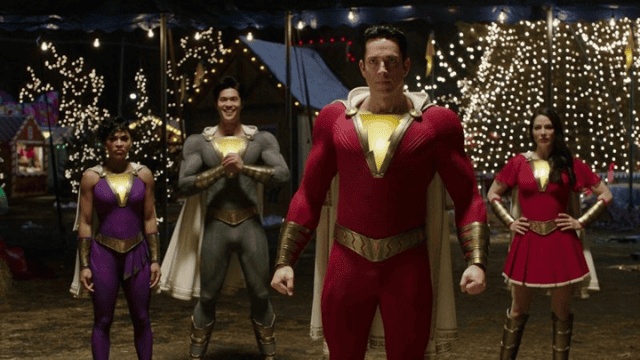 What he had to say was as follows:

“Now we have these incredible antagonists in Helen Mirren and Lucy Liu, who, by the way, are quite badass. I can die a happy man now that I’ve had the opportunity to work with Helen Mirren in one-on-one scenes. It was completely insane.

You can tell they’re talented because you can see their work and what they’ve done in the past, but you don’t know if they’ll just be groovy folks who like to roll up their sleeves and be creative and have fun.”

Shortly after the release of Shazam! in April 2019, a sequel was in the works, with Gayden returning as a writer. Sandberg and Levi were also scheduled to return in December of that year.

In August 2020, the title and the remainder of the returning cast were confirmed, with Zegler, Mirren, and Liu cast as Atlas’ daughters in early 2021. Filming began in May and ended in August in Atlanta, Georgia. 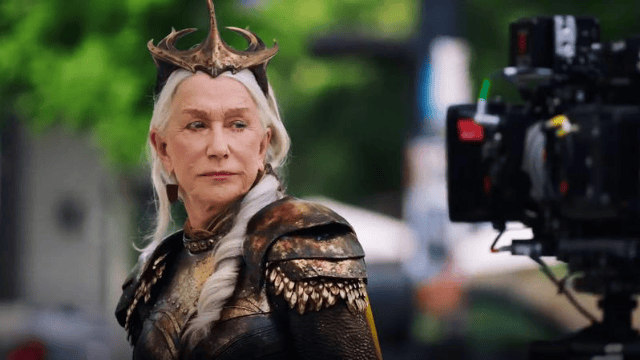 It was later pushed back to December 16, 2022, because it was ready sooner than previous DC films that had been delayed by the pandemic. Aquaman and the Lost Kingdom was originally scheduled for December 2022, however, it was moved back to 2023.

On April 27, 2022, to avoid competing with Avatar: The Way of Water, the release date was pushed back five days December 21, 2022, 45 days after its theatrical premiere, the film will be available to stream on HBO Max.

Is There a Trailer for Shazam Fury of the Gods?

While we don’t have a complete trailer for “Shazam! Fury of the Gods” as of this writing, director David F Sandberg did release a small teaser when production began. It includes a glimpse of Zachary Levi in action as well as a glimpse of the new suit.

We also don’t have a synopsis because it won’t be provided until the film is closer to its release date. Make sure to have a look at the teaser video above.

In Shazam Fury of the Gods, who will play the villain?

The major villains in Fury of the Gods will be Helen Mirren’s Hespera and Lucy Liu’s Calypso.

When Will Shazam Fury of the Gods be Released?

Shazam Fury of the Gods will be released on