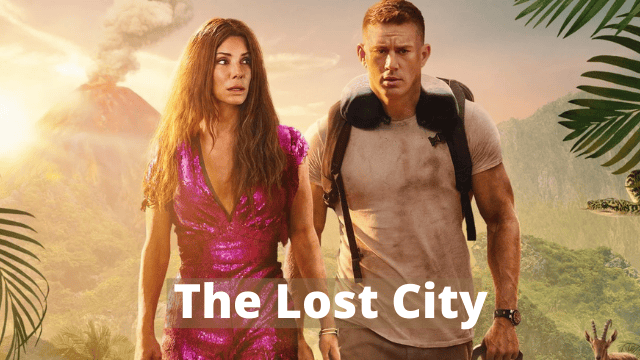 The Lost City is an American action-adventure comedy film directed by the Nee brothers, who also co-wrote the screenplay with Oren Uziel and Dana Fox, based on a Seth Gordon story.

Sandra Bullock and Channing Tatum star as a novelist and her cover model, respectively, who must flee a millionaire (Daniel Radcliffe) and uncover the lost ancient city depicted in one of her books. Da’Vine Joy Randolph and Brad Pitt also appear in the film.

On March 12, 2022, The Lost City had its global premiere at South by Southwest, and on March 25, 2022, Paramount Pictures distributed it in the United States. The picture has a worldwide gross of more than $99 million.

Sandra stated that she has long been interested in directing an action-adventure picture with a sense of humor. Channing will attempt to rescue her after she is kidnapped, which will lead to action scenes with a lot of comedic elements.

“We understood what we were trying to accomplish was ambitious… but we also knew we HAD to accomplish it.” If the tones in this film didn’t effortlessly connect, it wouldn’t work.

A shut-in novelist and a model are the major protagonists, neither of whom should be in a jungle or even out in nature. People like them are eaten by jungles.

On producing the film, Sandra commented, “They should stay in a hermetically sealed structure with air conditioning.”

The movie shows Channing’s transformation into a fit and toned man. In the film, he merely gained some unwanted weight. Sandra, who co-produced the film, thinks Channing is perfect for Alan.

Channing is extremely self-deprecating; he’s not ego-driven, which is excellent for Alan’s position.

” He has a beautiful, wide-eyed expression. In a role where Channing had to portray a guileless, open person, “Sandra said.

Harry Potter is Playing as a Villian

Daniel Radcliffe, who is well known for his portrayal of Harry Potter, appears in this film as a different character. He’s a master at playing the bad guy.

Brad Pitt, the Hollywood hottie, also appears in the film. He did, however, make a cameo appearance in the film, rescuing Sandra from his kidnappers. Expect to be charmed by his charisma and action scenes despite the film’s short runtime. 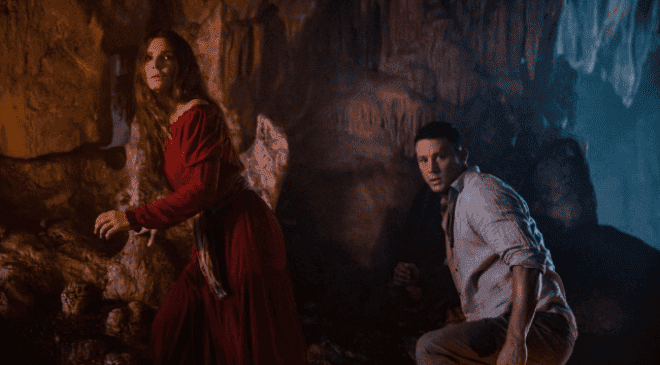 In Difficult Circumstances, Comedy Can Be Found

Fortunately for Bullock and the rest of the cast, there was the comic relief in the form of her co-star, Tatum, to keep them distracted from the elements.

Bullock has starred in a number of critically acclaimed comedies, but she applauded Tatum for his ability to make people laugh when he deviated from the script. This assisted them in dealing with the difficult shooting conditions.

Bullock has long been praised for her ability to immerse herself in a role, whether sad or humorous, and reveal the humanity that lies beneath it. In this case, it meant pushing herself to her physical limits in order to play the protagonist of the film.

On Rotten Tomatoes, the film garnered primarily positive reviews, owing to Bullock and Tatum’s respective performances. However, in an age of green screen and CGI, the cast and crew’s efforts to make it happen are probably the most impressive testament.

What is the Total Earning of Lost City?

The picture has a worldwide gross of more than $99 million.

When Will Lost City Part 2 Be Released?

There is no confirmation about the release of Lost City part 2.