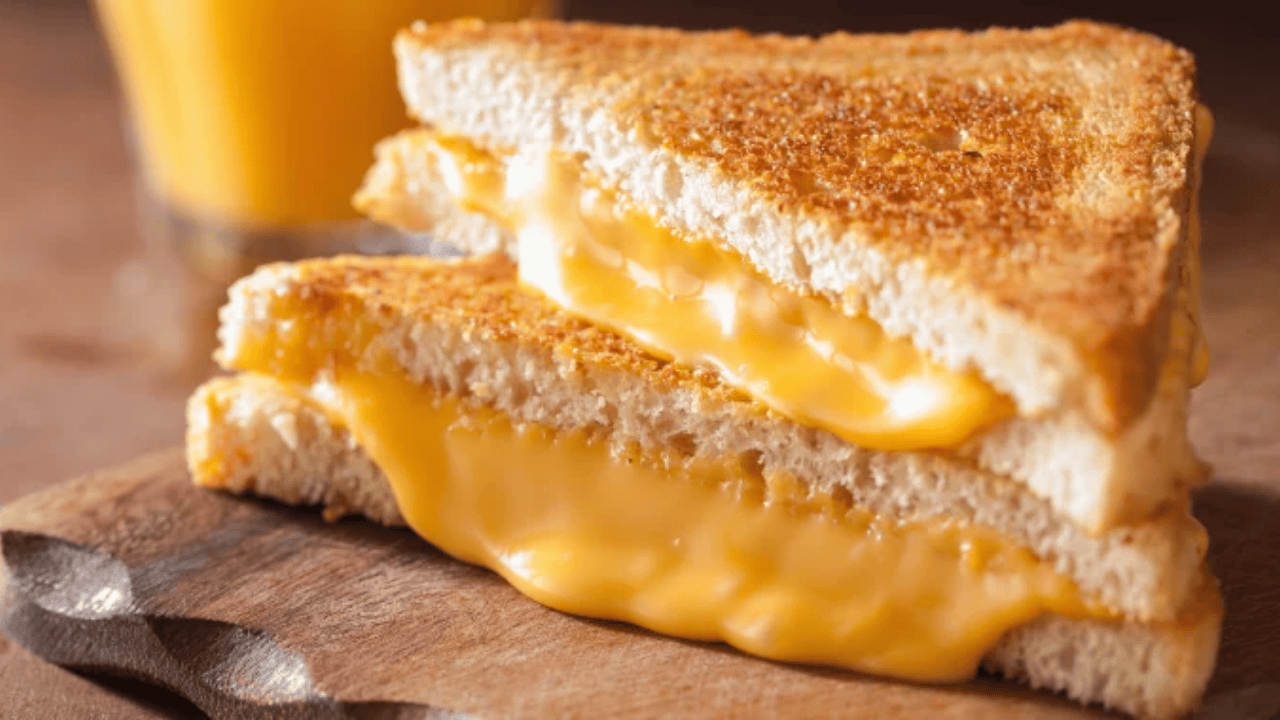 Every year on April 12th, National Grilled Cheese Sandwich Day honors one of America’s favorite comfort foods. Why wouldn’t it be, when we’re talking about perfectly grilled bread and warm, gooey, melted cheese?

Many societies and cultures have relished cooked bread and cheese since prehistoric times, according to food historians. The modern grilled cheese sandwich as we know it today dates back to the 1920s in the United States.

“American cheese-filled sandwiches” were grilled by Navy cooks during World War II, according to government cookbooks.

Because of the variety of cheeses, bread, and seasonings that can be used, grilled cheese sandwiches are extremely adaptable. Sautéed vegetables or herb-infused oils can raise this simple comfort food to a whole new level.

How Can I Celebrate National Grilled Cheese Day?

Grilled cheese doesn’t have to be flavorful, right? With fruit and Brie or cream cheese and chocolate spread, you may make a dessert grilled cheese sandwich.

Add gourmet items to your grilled cheese to make it more decadent. Some bacon, or arugula and beets for veggie lovers, maybe a good addition. Use sweet potato or pumpkin soup instead of tomato soup.

You may like:-10 Craziest April Fools Pranks for Boyfriends and Girlfriends!

What Kind of Thing Do People Prefer to Have on This Day?

In the United Kingdom, a grilled cheese sandwich is known as a cheese toastie. Cheddar cheese is the ideal cheese for a toasted sandwich.

National Grilled Cheese Day is another name for this unofficial festival, which has no recognized roots.

In the 1920s, when sliced bread and cheese were widely available, a grilled cheese sandwich became a popular after-school snack and comfort food for many people around the world.

At These Local Restaurants, You Can Celebrate National Grilled Cheese Day

The Stomping Ground: – National Grilled Cheese Sandwich Day is a nice excuse to eat a delicious grilled cheese at The Stomping Ground. Applewood smoked bacon, sharp cheddar, caramelized onion, baked potato, and apple cider reduction make up the House of Pain: Pulled pork, caramelized apple slices, cheddar cheese, and powdered sugar are all on the menu at the State Fair.

There’s a 6-ounce beef batty on the Pretender, along with lettuce, caramelized onion, tomato, and cream cheese on the Belle Gunness. The David Byrne is a grilled cheese sandwich made with buffalo chicken, Gorgonzola cheese, and diced tomatoes.

Interested in something a little more lavish? Grilled Brie, applewood-smoked Bacon, Apricots and Balsamic Glaze is their Triple B. Grilled cheese sandwiches with sweet cheese and cheddar blends and jalapenos are also available, as is the Jalapeno Popper.

You’re looking to save some cash? Grilled cheese sandwiches from Hank’s start at just two dollars! If you want to include some tuna in your meal, expect to pay roughly $6.75.

The Mayor is also a hallmark grilled cheese. All this for $7.75, including a serving of Cajun fries. Sundaes, milkshakes, and other desserts are all good options.

You Can Prepare Your Own Grilled Cheeses with These Recipes

Nutella and Banana: – Spread some sour cream on a piece of bread like challah or brioche, and then cut it in half to make two slices. Second, spread Nutella on a piece of bread. Sandwich banana slices between the slices and cook until golden.

Bacon and Tomato: – There should be three slices of bacon and one slice of tomato between the cheese in the first grilled cheese.