With the release of Episode 12 on December 25, 2022, Bocchi the Rock! concluded its first season. Fans of the musical slice-of-life comedy animation are left wanting more after its initial run. It blew away everyone’s expectations and made it into MyAnimeList’s Top Fall 2022 Anime.

Fans have already voiced their desire for a new season after the finale concluded with Bocchi obtaining a new guitar. Take a look at the information we have so far on the second season’s release date.

Will Bocchi the Rock! Have a Season 2?

The continuation of the slice-of-life anime series Bocchi the Rock! has not been announced as of this writing by either the studio CloverWorks or the other creators working on the project.

The story of Bocchi the Rock!, about a lonely, shy girl named Hitori who gets the chance to fulfill her dream of becoming a member of a band, has caught the hearts of fans and turned it into an unexpected Fall 2022 phenomenon. Fans of the anime have praised the series for its catchy tunes, bright visuals, and optimistic vibe, so it’s possible that there may be a second season.

Season 2 of Bocchi the Rock! has not yet been confirmed for release, so at this point, all we can do is speculate about when it could be available. Very successful shows may have their second season greenlit before the first season finale has even aired. 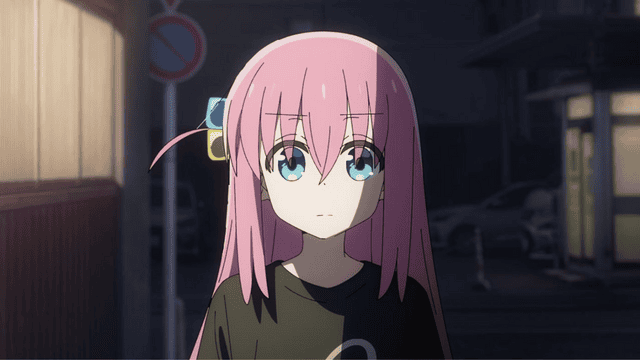 The final episode of the anime aired in late December 2022, and there has been no word yet on whether or not there will be a season two. That doesn’t mean the second season of Bocchi the Rock! is officially canceled, though. It’s common for shows to announce their second seasons months or even years after the first.

Season two of a popular anime can be produced as fast as a year after the first, but it’s not unusual for the production of a sequel to take two years or more. Fan favorites may have to wait due to the studios’ tight deadlines and the need to plan the anime they are producing in advance.

The Success of ‘Bocchi the Rock’!

With 11 episodes and an 8.7 rating on IMDB, Bocchi the Rock! gets a high MAL score. Aoyama Yoshina plays Bocchi, Suzushiro Sayumi is Nijika, Mizuno Saku is Ryou, and Hasegawa Ikumi is Kita in the voice cast.

The well-known “Uchida Maaya” lends her voice to the cast as Nijika’s older sister Seika. Uchida Maaya is well-known for voicing a variety of anime and manga characters. Some of her more well-known roles include Rika from Love, Chuunibyou, and other delusions and Norman from The Promised Neverland.

The number of Blu-ray copies purchased is a key indicator in determining whether or not a sequel will be made. We have no idea of Bocchi the Rock’s exact sales figures, but we are aware of its success.

Overview of ‘Bocchi the Rock!’

Gotou Hitori, the protagonist of “Bocchi the Rock!,” is an introvert who has craved attention ever since he was a child. She takes his dad’s guitar and starts playing it one day in the hopes of making a name for herself in the music industry.

If we fast forward a few years, we find that Gotou is now a famous guitar player with her own YouTube channel titled “The Guitar Hero.” The only constant is that she is still an introvert who craves acclaim.

Nijika, a young woman, approaches her one day when she is playing guitar in a park. The guitarist for her “Kessoku band” recently disappeared right before a big performance, so she approaches Gotou about joining the group.

Where can you watch ‘Bocchi The Rock Season 2’?

After the launch, Bocchi The Rock Season 2 episodes will be available exclusively through Netflix. In the interim, viewers can watch the most recent episodes of season 1 with English subtitles on Crunchyroll and Netflix.

What we know so far is that on the first day of the cultural festival, Bocchi realized that she had never refreshed. Since she started playing in a band, her “guitar hero” blog had also been losing readers. But she’s having a blast with her pals and, with the support of her parents and admirers, will be performing live again tonight.