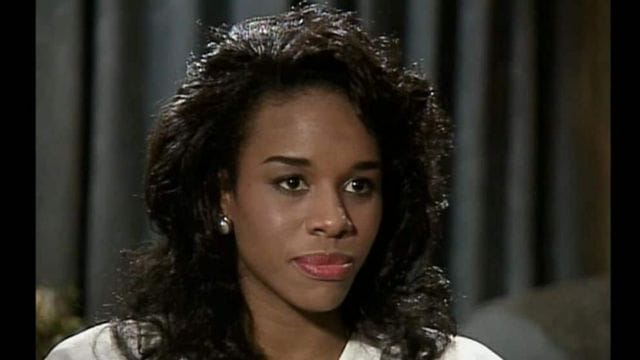 Mike Tyson meets Desiree Washington, the current Miss Black Rhode Island, at the Miss Black America pageant in the fifth episode of the Hulu sports drama series Mike. Mike invites Desiree to his hotel room after meeting her during rehearsals. Desiree comes forward a day later to say that Mike raped her.

The accusations result in the boxer facing charges. A few of Mike’s fans and backers have accused Desiree of being a gold digger, but she has bravely spoken up for herself. After seeing that shocking scene, viewers may be curious as to what ended up happening to the model. So, here is everything we know about it, too!

Who is Desiree Washington?

Desiree Washington entered the world in 1973 in the little Rhode Island town of Coventry. Desiree, then 18 years old and a college student, had been crowned Miss Black Rhode Island and was in Indianapolis for the Miss Black America competition that year.

Desiree reportedly met Mike Tyson for the first time on July 18, 1991, at a rehearsal at the Omni Severin Hotel, since Tyson was one among the invited guests. Desiree went to the emergency room of Methodist Hospital on July 20 to report that Mike had raped her the night before, in the early hours of July 19.

Desiree reportedly told police that after Mike invited her to his room at The Canterbury Hotel in Indianapolis, he later forced himself onto her. One count of rape, two counts of deviant sexual conduct, and one crime of imprisonment was filed against him in September 1991.

The boxer claimed during the trial that their sexual encounter was voluntary. Mike was found guilty of rape and two additional crimes on February 10, 1992, following a two-week trial. Mike was sentenced to ten years in jail a month after his conviction, by Judge Patricia J. Gifford.

What Happened to Desiree Washington?

At the tender age of eighteen, Desiree Washington was crowned Miss Black Rhode Island in 1991. She competed in Miss Black America that same year. Desiree, a young woman attending university at the time, traveled all the way to Indianapolis to participate in the beauty contest. Mike Tyson was among the attendees at the beauty pageant.

As a result of attending the party, Desiree was able to meet Tyson. But when she arrived at the emergency room of the Methodist Hospital the next day, she alleged that Tyson had raped her. Desiree claimed Tyson called her up to his hotel room and tried to force himself on her.

31 years ago, he was arrested and charged with raping Desiree Washington. pic.twitter.com/LJ1yJEbelv

During the trial, she said that Tyson laughed as she sobbed. Tyson’s driver also testified against him in court. Because of this, Tyson received a six-year prison sentence. However, his time behind bars totaled less than three years.

Tyson addressed the matter in his most recent documentary, which he made public after over three decades had passed. The boxing champion stated he had never ever attempted to rape a woman, let alone commit such a crime. Tyson added that he and Desiree are both convinced of his innocence.

Read More: Where is Lance Armstrong Now? What is He Doing Now?

Where is Desiree Washington Now?

This incident catapulted her into the public eye. Writing about it caused her mental health to suffer and caused severe trauma for her and her loved ones. After this, the once-famous model turned her back on the spotlight and is now living a somewhat low-profile existence.

Because of the incident, she became a scapegoat, and she faced criticism from many quarters, including Tyson’s supporters and the media. This is what ultimately led to Washington’s 1992 conversation with Barbara Walter. During the conversation, she spoke up about how the experience had a profound impact on her life, transforming her from an outgoing, positive person into someone who would rather stay in her room all day. When she said that she’d been given $1 million to take back the case, that was the part of the interview that got a lot of attention.