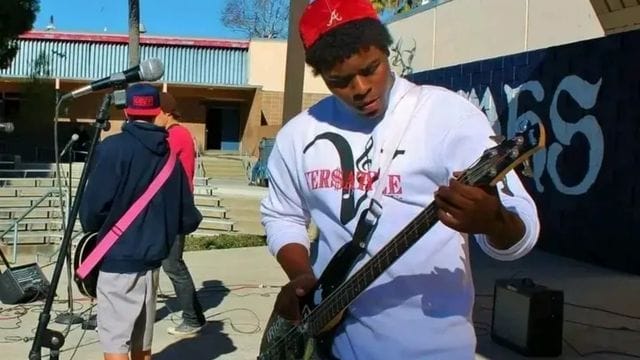 Slick Goku death: The death of YouTuber Slick Goku was verified on January 21, 2023, following extensive online rumors. His family acknowledged his passing and shared the link to the GoFundMe page they set up to help with the funeral expenses. Slick Goku had over 250,000 subscribers and tens of millions of video views in the four years since he first joined YouTube.

The suddenness of Slick Goku’s death caught his numerous fans by surprise. If you’re wondering what became of the YouTubers, what happened to them? Why did he pass away, exactly? If you want to know more, you should read on.

What Happened to Slick Goku, Aka Reggie Groover?

Slick Goku, whose actual name was Reggie Groover, passed away recently, and his fans are understandably curious as to what led to his untimely demise. His death was reportedly reported on January 19, 2023, and it was formally declared on January 21. A “severe stroke” is mentioned as the cause of Reggie’s death in Freddie Heinz’s Twitter post, however, this information is not provided on the GoFundMe website.

It appears as though his death was unexpected. Reggie reportedly passed away with “family around him,” as stated on the GoFundMe site, which has already received more than twice its initial $10,000 goal. The rest of the page is devoted to remembering his legacy, which includes his channel and the lives he affected.

The page states, “Reggie had a creative soul.” “Through hard effort and dedication, he established his own YouTube community and began uploading his own films. Reggie has the ability to quickly and easily make friends in any situation. Reggie was the type of guy who would stand by his friends and family. Reggie is a trustworthy individual who is committed to bettering himself. Reggie was someone who always made the most of his time on Earth. In his free time, he enjoyed sprinting, swimming, and skating.”

Read More: Al Brown Led to Death While Refusing to Give Up on Alzheimer’s Disease!

People on Youtube Have Shared Their Thoughts on Reggie’s Death

The worldwide Internet community he helped foster is in grief, as are his immediate family and friends. His short animated films in a Dragon Ball Z spinoff universe earned him widespread renown. Thanks to the videos, he was able to communicate with a sizable fan base that appreciated his talents as an animator and comic artist.

Sad news: “I’ve just learned that Reggie Groover, commonly known as Slick Goku, has passed away,” one user wrote. I couldn’t believe it, because he was such a fantastic performer. Stay at peace for all of eternity, King.

Rest In Peace Slick Goku.
I only got to watch a handful of his vids, but he was so passionate with his art and full of creativity. Can’t believe he’s gone now.💟💔 pic.twitter.com/I7yVCUjMSY

Love and best wishes to his loved ones. Reggie was universally admired by both his close circle of friends and the many others who followed in his footsteps despite not knowing him personally.

He will be sorely missed, as seen by the outpouring of sorrow shown by those who were close to him digitally. According to the latest updates on the GoFundMe website, the memorial service for Reggie will take place on January 28.