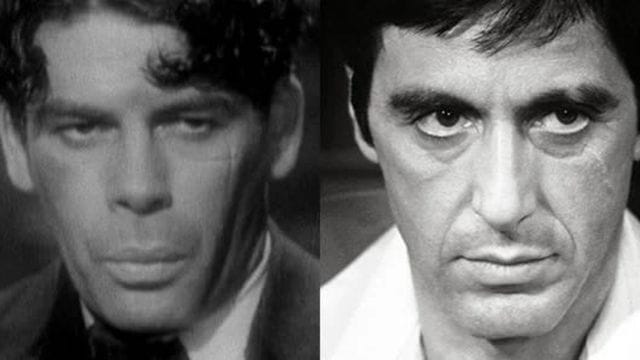 Who is Scarface Based on: The Oliver Stone and Brian De Palma-penned and -adapted “Scarface” is, without a doubt, one of the finest Hollywood gangster movies ever made. The film follows Tony Montana (Al Pacino), an unpredictable Cuban refugee who arrives in the United States and works his way up from a food shop in Miami to become a powerful drug king.

Although the film was met with lukewarm reviews upon its initial release in 1983, with many viewers turning away from it because of the graphic depictions of violence and heavy drinking, it has since been widely recognized as one of the most famous Hollywood productions of all time.

A lot of cocaine is involved, as well as a lot of slang words, chainsaw threats from rival gang bosses, and brutal, all-out massacres. However, the icing on the cake must be an appropriately explosive and emotionless Al Pacino. If, on the other hand, you are wondering if Tony Montana is based on a real-life mafia boss, you can rest assured that your question will be answered in the affirmative.

Is Scarface Based on a True Story?

Scarface was inspired by real events. The source material for this crime drama was the 1932 film “Scarface: The Shame of the Nation.” The famous film directed by Howard Hawks, based in part on the book of the same name by Armitage Trail, was a staple of the Golden Age of Hollywood. The film’s screenplay was written by Ben Hecht, who also authored the scripts for “It’s a Wonderful World” and “Notorious” (both directed by Alfred Hitchcock).

Readers may be surprised to learn that Al Capone, the notorious American mobster, served as inspiration for this tale. Al Capone’s nickname was “Scarface,” and he was a real-life drug kingpin. While visiting the historic Tiffany Theater on Sunset Boulevard, Pacino saw the original picture and was immediately smitten. He pitched the idea of making a new version of the film to producer Martin Bregman, and the two of them got to work on the script. Director Sidney Lumet came on board. 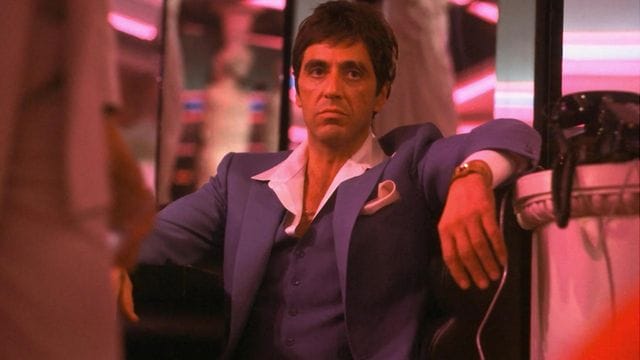 As a result of their collaboration on ‘Dog Day Afternoon,’ Lumet and Pacino were already familiar with one another, and in ‘Scarface,’ Pacino maintains the insane wrath of the Lumet film. Pacino was so committed to the role of Tony Montana that Robert De Niro was offered the part, but he declined. But in the end, Al Pacino got the part because nobody else could match his combination of stoic demeanor and authentic-sounding Spanish accent.

Read More: Who is the Dropout Based on: What Happened to Elizabeth Holmes?

It’s not just Tony Montana who draws inspiration from Al Capone in films.

Who is Al Capone?

Scarface, or Alphonse Gabriel Capone, was a notorious American mobster and businessman who helped organize and lead the Chicago Outfit during the Prohibition era. At the age of 33, he went to prison, bringing an end to his seven-year reign as a criminal leader.

Capone was born to Italian parents in New York City in 1899. As a young man, he became a bouncer for the Five Points Gang, protecting the establishments of the criminal underworld, including brothels. After moving to Chicago in his early twenties, he worked as Johnny Torrio’s bodyguard and trusted factotum. Torrio was the leader of an illegal alcohol distribution organization called the Outfit, which enjoyed political protection from the Unione Siciliana.

Capone’s rise and collapse were greatly influenced by his rivalry with the North Side Gang. After being nearly assassinated by North Side shooters, Torrio retired and gave power to Al Capone. Capone grew his bootlegging empire using more brutal ways, but he appeared to be safe from law enforcement because of his lucrative partnerships with Mayor William Hale Thompson and the city’s police.

What is Scarface About?

Scarface is an American crime drama film from 1983, directed by Brian De Palma and written by Oliver Stone. The tale follows Tony Montana (Al Pacino), a Cuban immigrant who arrives in Miami during the Mariel boatlift penniless but rises to become a powerful and exceedingly deadly drug lord.

The film is a loose remake of the 1932 film of the same name and is based on the 1929 novel of the same name. Steven Bauer, Michelle Pfeiffer, Mary Elizabeth Mastrantonio, and Robert Loggia all had supporting roles in the movie. De Palma dedicated this Scarface remake to the memory of the film’s screenwriters, Howard Hawks, and Ben Hecht.

The story begins in 1980 when Cuban ex-convict and former boxer Tony Montana arrives in Miami as part of the Mariel boatlift and is taken to a refugee camp with his closest buddy Manny Ray and his two buddies, Angel and Chi-Chi. 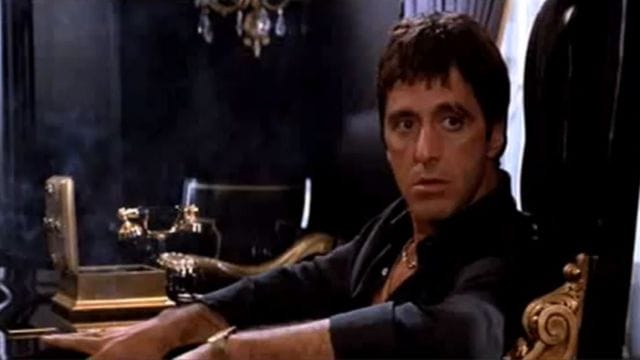 Miami drug lord Frank Lopez pays the four to kill a former Cuban general, and in exchange, he offers them freedom and citizenship. They get jobs working as dishwashers at a restaurant, but Tony isn’t happy because he thinks he was created for more.

Omar Suarez, Frank’s trusted lieutenant, sends the four of them to Colombia to buy cocaine from local traffickers. At gunpoint, Tony and Angel are caught, and later, Tony is made to watch as Angel is butchered with a chainsaw. After concluding that Omar had framed them, the three decide to take matters into their own hands by eliminating the Colombians and hand-delivering the drugs and money they had recovered to Frank.

Elvira, Frank’s trophy wife, is attractive to Tony throughout their meeting. Beginning in Frank’s employ are Tony and Manny. When it’s time, Tony goes home to see Mom and Gina, his younger sister, of whom he’s quite protective. His mother, disgusted by his little criminal activities, sends him out. Tony warns Manny to keep away from Gina, to whom he knows Manny is drawn.