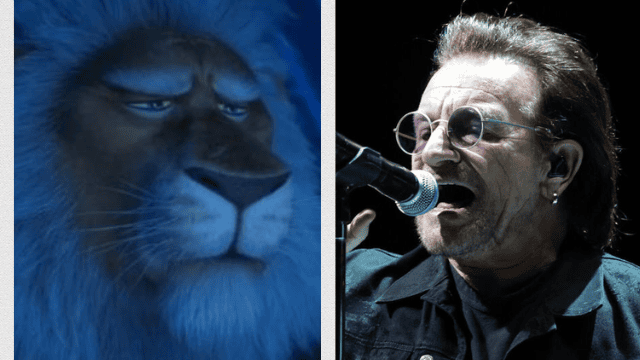 Who is Clay Calloway Based on? What is Sing 2 About?

Clay Calloway, a shattered figure, was presented in the much-awaited sequel to Sing, and we couldn’t help but love and sympathize with him. At the outset of Sing 2, Buster Moon and his group of singers try to win over entertainment mogul Jimmy Crystal. While the group is counting on Jimmy to secure them a gig in Redshore City, he fails to live up to the standards set by the local businessman.

In a last-ditch effort to save their campaign, Nick Kroll‘s character Gunter suggests they put on a musical featuring music and lyrics by Clay Calloway. Jimmy gives his blessing, hoping against hope that the long-lost Clay may reappear.

If they wish to keep their standing in Redshore city, the three must convince hermit Clay Calloway to emerge from retirement and continue singing.

What Is Sing 2 About?

Storywise, Sing 2 picks up right where the previous film left off. Buster Moon, a committed singer, plans to perform in Redshore City in order to win over a major record label executive. They claim they can get elusive rock star Clay Calloway to perform with them on stage despite never having met him. 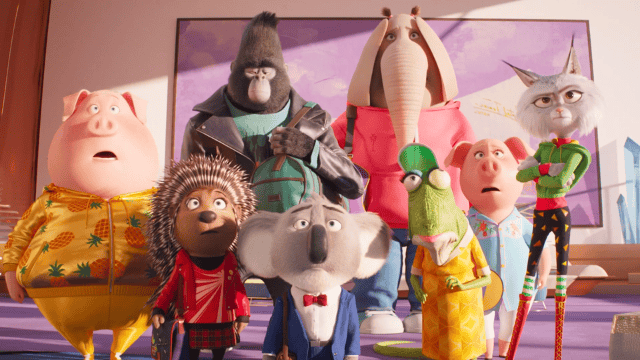 Reese Witherspoon, Tori Kelly, Nick Kroll, and many more of our favorite stars have all just returned to the spotlight. Additional voices, including those of Letitia Wright, Pharrell, and Bobby Cannavale, are included.

Who is Clay Calloway based on?

According to IMDB, the character of Clay Calloway in Sing 2 is a nod to the legendary vocalist Cab Calloway. Due to the similarity in their names, many followers have caught on to the allusion. He was born in Rochester, New York on December 25, 1907, and passed away in 1994 at the age of 86.

Calloway’s unusual dance styles made him famous, and he frequently performed at Harlem’s Cotton Club. The kind of music known as swing, which combines elements of jazz and vaudeville, was greatly influenced by him.

He was a prominent scat singer for several popular dance bands in the 1930s and 1940s. And he did it before anyone else of African descent: sold a million records. In contrast to Cab Calloway, Clay Calloway has a very unique vocal style. Bono of U2 provides the voice of Clay Calloway in Sing 2.

The sequence in which Ash (Scarlett Johansson) and Cab (Bono) sing the U2 song “I Still Haven’t Found What I’m Looking For” in a duet is one of the most iconic parts of the sequel.

Clay Calloway is pronounced by a Rock Legend

Anyone who tuned in to the radio in the ’80s and ’90s, or who listens to music on an iPhone in 2014, will recognize Clay Calloway’s voice. This is because Bono, lead singer for the rock band U2, provides his voice for the main character, a lion. The rock star, who can be easily identified by his trademark sunglasses, has an instantly recognizable voice that propelled U2 to the top of the Billboard charts. Two of Bono and the Edge’s songs are now number one on the Billboard Hot 100, while 32 of their songs have reached the top ten.

Bono provided not just his voice for Clay to use in “Sing 2,” but also an original song for the film. This demonstrates Bono’s sincere dedication to the cause. Clay recently lost his wife, and the Bono song “Your Song Saved My Life” has a great deal of personal significance to him.

In a “Sing 2” presser (as reported by The Hollywood Reporter), Bono revealed his belief that “it’s the people who hear the songs who rescue the performer’s life, actually.” This is despite the fact that in the film, Clay is the one who sings the song. Your contributions to the quality of our lives are deeply appreciated.

Ash is a successful solo performer while Johnny, Meena, Rosita, Gunter, and Miss Crawly all work for Buster Moon in his thriving theatre in Calatonia sometime after the events of the first film. Crystal Entertainment’s talent scout dog, Suki Lane, is unimpressed and assures Buster that he will not succeed in Redshore City. Nana Noodleman encourages Buster to round up his old gang and make a name for themselves in the big metropolis.

They try to get into Jimmy Crystal, the entertainment industry’s wolf magnate, at his company Crystal Entertainment but are turned away. Gunter proposes a space-themed sci-fi musical using the music of the iconic rock singer lion Clay Calloway, who hasn’t been seen in 15 years after the death of his wife Ruby. Jimmy is uninterested in Buster’s original show concept. Jimmy gives the show the go-ahead after being intrigued by the premise that Clay will appear in it.

How Old Was Jaden Smith in Karate Kid? Let’s Find Out!