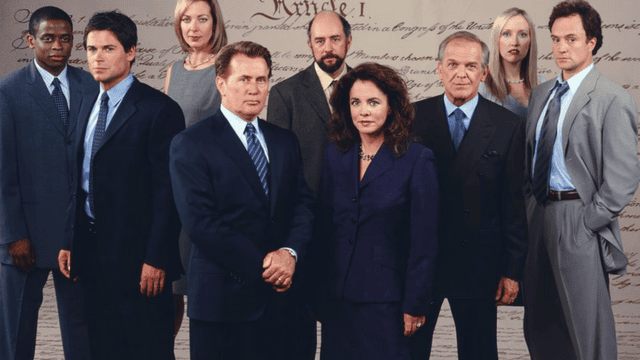 The West Wing, an American political drama television series, has 22 episodes in its seventh and final season, which broadcast on NBC in the country from September 25, 2005, to May 14, 2006.

The show switched from Wednesdays at 9:00 pm to Sundays at 8:00 pm, although it struggled in its new time slot against CBS’s Cold Case and ABC’s Extreme Makeover: Home Edition.

In this post, we will explain West Wing Season 7 Episode 22 which is the final episode of the series. Please read this article for all information. In addition, if this article was useful, please offer feedback. Your feedback is precious to us.

What Is West Wing Season 7 All About?

Santos and Vinick are primarily followed on the campaign trail in the seventh and final season, which also deals with the fallout from the shuttle leak probe. The final year of the Bartlet administration’s rule is mentioned, although not extensively.

President Bartlet is compelled to terminate Toby after he admits to leaking information regarding a military spacecraft. Later, despite being persuaded to do so by his ex-wife, lawyer, and a federal prosecutor, Toby declines to identify his recently deceased brother as the source of the sensitive material because he believes it would be wrong to besmirch his brother’s memory.

Jed Bartlet’s time is coming to an end, and Washington, D.C. is getting ready for Matt Santos’ inauguration. Jed and Abby have a quiet moment at the White House during which Abby reassures Jed that he has “done a lot of good.”

Charlie Young welcomes C.J. Cregg to the White House and informs her that the pardon attorney is awaiting the presidential pardons while the President-elect and his wife are getting ready for the inauguration and that there are ice storm warnings in effect for areas of New England.

When they arrive at her office, Will is already there, giving them weather advice for New England. They talk about some housekeeping matters, the final briefing, the pardons, and the press secretary’s flack jacket custom. A description of how Bartlet’s belongings will be taken from the White House during the inauguration is provided by Chief Usher when he arrives.

The Santos family is being briefed on the itinerary and procedure for the inauguration, including how the President-Elect will ride in the same limo as President Bartlet and that they will attend a total of nine inauguration balls after the ceremony.

Helen complains about the pomp and circumstance, but her husband jokingly points out that it’s all part of the journey. After finishing their talk, they leave to start the Inauguration festivities at a church ceremony. 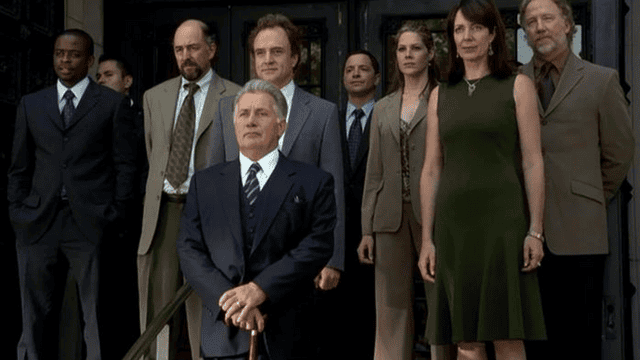 For the final time, the President and First Lady leave the residence. He replies that they are not late because Santos are not even there when she reprimands him for being late. The Santos family is likewise running late, she continues to say.

She then starts talking, expressing her worry that he would experience “re-entry challenges in returning to live among us mere mortals.” When they arrive at the property later this evening, the Bartlet daughters will be present, so when he objects, she makes her case.

Margaret arrives at C.J. prior to the ceremony and hands her a folder with instructions to deliver it to the pardon attorney. C.J. confirms that the document inside is Toby’s by looking at it. She smiles despite herself.

The employees leave the remainder of their offices during the event, see snatches of the inauguration, and watch as the beginnings of the Santos period replace the souvenirs of the Bartlet era.

The end of the performance depicts everyone’s transition: the influx of new employees and the departure of the departing workers. When C.J. exits the White House through the main entrance, a tourist stops her and inquires about her employment.

He remarks that it must be something to work there after she politely declines his request. With no immediate possibilities of employment, Charlie, Will, and Kate all go at the same time, unsure of what they could possibly do at two in the afternoon. They choose to see the theatre.

Jed and Abbey are finally visible on the aircraft. When he remembers the present Mallory gave him, he opens it to find a framed napkin with the little statement from Leo that had inspired Jed to embark on this journey: “Bartlet For America.” Abbey queries Jed about his thoughts as the aircraft flies them home. One word sums up his response: “Tomorrow.”

The season has a 92% approval rating and an average score of 8.5 out of 10 based on 12 reviews on Rotten Tomatoes. According to the website’s critical consensus, the last season of The West Wing “bids a sad farewell to President Bartlet while attentively exploring the mechanics of campaigns” and “a difficult race for the White House gives The West Wing narrative focus.”

The final season “recovered its sense of comedy,” according to PopMatters. The Daily News’ David Hinckley lauded Bruno Gianelli as a “great (…) shark of a campaign manager” and praised the show for never pushing Josh and Donna’s love character journey.

Aleksandra Stankovic of The Harvard Crimson observed the development of “a more complicated, more adult West Wing, but one with no obvious narrative resolution in sight” as the fictitious election day drew near and expressed her appreciation for the “return of narrative suspense.”