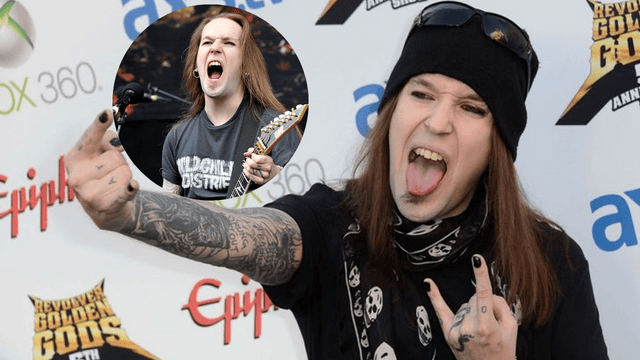 Alexi Laiho Death: In 2020, on December 29th, Alexi Laiho, the famed lead singer, and guitarist for the Finnish metal band Children of Bodom passed away at the age of 41. His music fans were devastated by the news of his passing and quickly began demanding an explanation for what had killed Alexi Laiho. In this piece, we’ll delve into what may have led to his tragic death while also paying tribute to a genuine rock icon.

Who is Alexi Laiho?

The late Finnish guitarist, songwriter, and vocalist Alexi Laiho. He was the guitarist for the melodic death metal band Children of Bodom, as well as the bands Sinergy, the Local Band, Kylähullut, and Bodom After Midnight, which formed shortly before his untimely death. In the past, Laiho has performed with bands including Thy Serpent, Impaled Nazarene, Warmen, and Hypocrisy.

Alexi Laiho Cause of Death

Alexi Laiho’s widow and former bandmate in Synergy, Kimberly Goss, has spoken out about what ultimately led to her husband’s death. She stated that the artist had a “combination of painkiller, opioids, and sleeplessness medication in his system,” and that the coroner’s findings indicated his death was caused by “alcohol-induced degeneration of the liver and pancreas connective tissue.”

Although the news of Laiho’s death was first reported in early 2021, he passed away on December 29 at his home in Finland. He had been ill for quite some time.

Goss, to whom Laiho was still legally married under Finnish law at the time of his death (the two separated and Laiho later married Kelli-Wright Laiho, though the two parties dispute this status), claimed on Instagram that she is entitled to see the forensic report before determining the cause of death.

Goss wrote that his death was “totally preventable” and that she was “devastated” by “the loss of this wonderfully gifted and beautiful soul.” She then encouraged anyone who is experiencing difficulties due to substance misuse of any kind to get the assistance they need.

“To this, Goss urged, “Please do not surround yourself with enablers who promote your addictions.” If people are attempting to help you, keep in mind that they are doing so out of love and concern; do not drive them away. Take this as a lesson that you can never feel completely safe.”

Read More: Is Kathy Whitworth’s Cause of Death Confirmed? Let’s Find Out!

After Henkka T. Blacksmith, Janne Wirman, and Jaska Raatikainen all left Children of Bodom at the same time in 2019, the band broke up. Bodom After Midnight, the band Laiho founded, announced the release of their debut EP, Paint the Sky With Blood, a few weeks after he passed away. On October 23, 2020, the ensemble performed its one and only concert.

Alexi Laiho’s Net Worth at the time of Death

Alexi Laiho was a Finnish musician who was worth $6 million when he passed away. He debuted in the business in 1993 after being born in Espoo, Finland. For many, Alexi Laiho will always be remembered as the voice and guitar of Children of Bodom’s melodic death metal.

Besides playing for Sinergy, he also played for Kylähullut. He also performed with Thy Serpent and Impaled Nazarene, as well as Warmen and Hypocrisy. Among the world’s top 50 quickest guitarists, according to Guitar World, and one of the top 50 greatest metal frontmen of all time, according to Roadrunner Records.

At age seven, Laiho picked up a violin and by age eleven, he was strumming a guitar. Halloween was a major influence on his guitar playing. After that, he started digging for heavier sounds, particularly black metal. By 1999, he credited Manowar, Helloween, Judas Priest, and W.A.S.P. as some of his favorite metal acts.

A Tokai Stratocaster was his first guitar.

Laiho and Jaska Raatikainen, the band’s drummer, started Children of Bodom in 1993 as IneartheD after Laiho had played in an experimental band called T.O.L.K. with pals he’d met in the Finnish Pop & Jazz Conservatory.

Children of Bodom did their first concert on October 31, 1997, in Helsinki, as the opening act for Norwegian metal band Dimmu Borgir. This was well in advance of the release of their debut album.

Silenoz, the guitarist for Dimmu Borgir, said of Laiho’s debut show, “We could hear the opening band performing from backstage. “Holy s***, what is this!” we exclaimed in shock. I imagined Yngwie Malmsteen cranked up to eleven. We rushed to the scene, gaped at the show, and fled back inside.

Dimmu’s former keyboardist Kimberly Goss, who later formed the power metal band Sinergy with Alexi and married him in 2002, chimes in: “There was this fucking beast on the guitar.” A look on my face told our guitar player, “I don’t know, man, you’ve got some competition…”