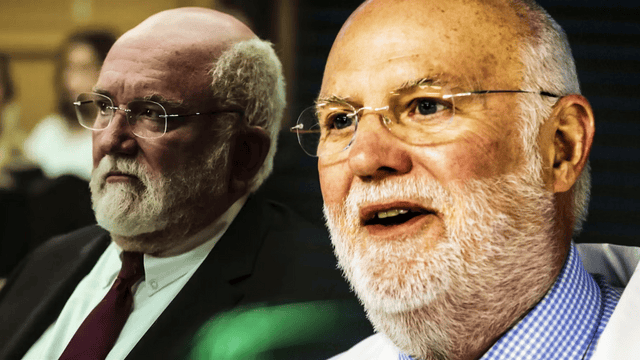 Where is dr cline now: The story by Donald Cline is terrifying. In the 1970s and 1980s, Dr. Donald Cline artificially inseminated dozens of women, resulting in the birth of 94 children who shared his DNA. When Netflix released the teaser for the film Our Father, fans yelled in terror.

The catch, though, is this: He never once asked about the kids’ upbringing, but he found himself in the middle of legal disputes when some of the kids, upon meeting in an unanticipated environment, noticed their striking resemblance. Until recently, Donald Cline was considered Indianapolis’ best fertility physician.

Nonetheless, he was dishonest, and his private file wasn’t made public until 2016 — long after he had been sexually reproducing women without their consent. However, where is Dr. Cline at this time? Is he still alive? Why is he acting like that? Was he given a jail term? Read on to learn the details.

Who is Dr. Cline?

Donald went to Indiana University for his medical education. Similarly, he served in the United States Air Force. In 1979, once he had finished his military service, he and his wife moved into a new home where they could start their reproductive clinic and raise their two children, Donna and Doug.

He enjoyed considerable esteem thanks to his standing in the community and his wealth of expertise. However, nobody knew that he was secretly inseminating women who came to his clinic with his sperm as part of his professional practice. Cline did not stop doing what is now against the law in Indiana until his retirement in 2009. Subsequently, in 2016, it was found that he had fathered 94 children.

All 94 of the children lived within a 25-mile radius of one another, which drew even more attention to this finding. Two years later, the kids and their parents took their case to the Medical License Board of Indiana, and he was eventually forced to give up his medical license. The board ultimately concluded that Dr. Cline would never be allowed to apply to have his license reinstated.

When the infraction was uncovered, his actions were not against the law. On the other hand, in 2019 Indiana became the first state to make it unlawful for fertility doctors to use their patients’ sperm without the agreement of the patient.

Where is Dr. Cline Now?

Trump Cline currently lives in the Indianapolis area, close to many of his biological offspring. Matt White showed The Atlantic the street where he and Cline both lived by saying, “[He] lives down the way over there.” I occupy the house just across the street, and my mom resides in this one. The immediate relatives of Cline’s family have been spotted by him and his mother despite their best efforts to avoid them, he said.

The documentary prominently features Cline’s biological daughter, Jacoba Ballard, who recently spoke to The Guardian about her father. They say, “He’s quite involved in the local community. He’s attending his grandchildren’s swim meets and other similar events. There is nowhere to run. The thing is, he hasn’t disappeared completely. He probably doesn’t see much wrong in his actions, at least in his own mind.

According to Ballard, Cline has cut off communication with his biological children, many of whom also have autoimmune diseases. Even last year, I made an effort to get in touch with him. After suffering from her illness for two years, she revealed to The Guardian, “I literally begged him for medical knowledge.” To add insult to injury, there is a complete lack of everything. I’m not the only one in my family who’s been ill recently.

We need medical information, but even that is out of our reach. Based on what the other half-siblings know, the film suggests that Dr. Cline fathered at least 94 children using artificial insemination.

How Was Dr. Cline Found Out?

It was revealed in an interview with The Guardian that Jacobs Ballard, the woman who discovered there was another person who resembled her exactly, continues to live his life without remorse. She discovered Cline was her biological father with the help of a 23andMe DNA kit.

After taking the test, she realized that many more students were much like her. After doing some digging, she learned that Donald Cline was her biological father. Many of Jacoba’s half-siblings have made the same claim since she made public the results of her study.

Lucie Jourdan, the documentary’s director, dispelled rumors that Donald Cline had died by saying that he is still very much alive and well in his neighborhood, where few people are aware of his prior achievements.