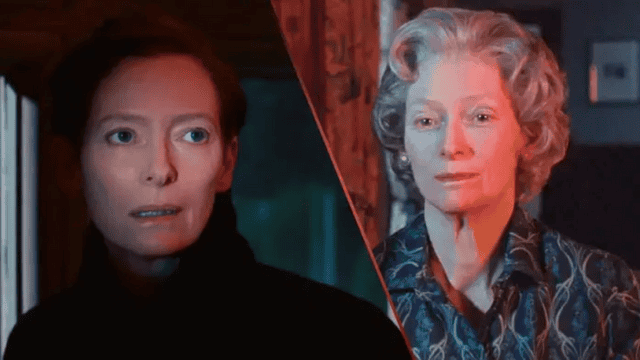 The Eternal Daughter Ending Explained: What’s true and what’s not?

Joanna Hogg’s works are characterized by in-depth explorations of the human condition. Her movies generally expertly navigate the complex relationships between the characters’ past and present. The Eternal Daughter, a masterfully understated sequel to her semi-autobiographical masterpieces “The Souvenir” and “The Souvenir Part II,” closes out the trilogy.

The third film of the trilogy, which continues the story of filmmaker Julie and her mother Rosalind (both of whom were introduced in the first two films) has a more fantastical tone than the other two. Hogg has opted for a setting that gives her the freedom to focus on her characters and analyze them in detail. This film is a specter, a reminder of what once was, a memento of the past as the final curtain draws near.

The Eternal Daughter is a story that falls apart, providing no resolution and raising insoluble issues instead. Although the viewer is left with a profusion of oblique questions after viewing the video, its poignancy rests in its stillness.

I’ve challenged myself to delve into the subtly woven concepts that serve as the story’s foundation. However, I would advise the reader to give up on any hopes of a logical understanding from this article, as one must go beyond logic to fully grasp the majesty of this coda.

After a long drive, Julie Hart and her mom Rosalind check into a hotel for a weekend getaway. Rosalind often visited the hotel, which was once her aunt’s estate, both as a kid and as an adult. The more time Rosalind spends there, the more memories begin to surface.

In an effort to better understand her mother, Julie tries to coax these recollections out of her. In addition, she is currently producing a film about her and Rosalind, which forces her to face her own feelings toward the two.

When a hotel’s unhelpful front desk clerk refuses to give them the room they ordered, the trip gets off to a bad start. In addition, Julie is kept up at night by noises and creaks, despite the fact that the hotel appears to be vacant save from them.

Read More: A Man of Action Ending Explained: Who Wants Lucio to Die?

In addition, every time Julie takes her dog for a walk at night, she is met by the mystery woman at the window. Julie’s breakdown is the result of the aforementioned factors, as well as her worry that she has unwittingly made her mother miserable by bringing her to a place associated with painful memories.

After her unusual birthday supper, Julie breaks down in her room, and Bill comforts her. Bill, the groundskeeper, had denied her invitation to her mother’s birthday dinner, citing family obligations, but he was here.

Again, this suggests that Bill, like Rosalind, is a fabrication. After a good breakfast, Julie starts typing on her laptop. After telling us about her mother’s ghost, Julie’s writer’s block disappears.

Julie seems happier and more content leaving the hotel around the holidays, possibly because she finished writing the screenplay. Julie thanked Bill for taking her and Louis to a taxi outside the hotel. Julie watches the taxi leave after entering.

“The Eternal Daughter” isn’t groundbreaking. The video keeps viewers involved and makes them consider many issues and options. We never learn why Julie saw the ghostly visage of a lady or how Louis left the room and returned. Julie may be hallucinating or remembering.

A more unlikely explanation is that Julie traveled to the hotel with her mother when she was alive and that her memories from that time are mixed with her current ones. Despite leaving the room, Louis is present now.

Julie pursues her history to please her mother. Fans of gothic horror flicks will like the music and pictures. The film’s lush sound design may make it seem like more drama than horror, yet it will hook you. “The Eternal Daughter” is a horror tale about a woman who hallucinates and sees the dead, but it’s really about a daughter trying to match her mother’s expectations after her death. Joanna Hogg will direct “The Eternal Daughter” in 2022.

What is the Significance of the Ending?

It reminds me of Bergman’s Autumn Sonata, which also attempts to convey the ebb and flow of a mother-daughter relationship, but does so through tense and stressful confrontations that show the flaws in human relationships.

However, Hogg effectively converges the investigation of Julie’s relationship with her own past here under the guise of two characters who are deeply tied. She immediately gives off the impression that she is denying the existence of a serious problem.

She thinks her mom is a one-dimensional being who can only feel joy, therefore she does her best to protect her from the world. Perhaps it is why she has been unable to pen any works centered on her. She is petrified of whatever lies beneath the earth’s surface and thus is unwilling to venture there.

What’s true and what’s not?

In memory, it’s easy to see how many clues were dropped along the way to the unexpected denouement. The receptionist’s enmity was likely born out of a combination of alarm and perplexity. Never once does the mother interact with the receptionist face-to-face.

She also declines to meet her unexpected cousin. Some hints (Julie’s visions of Rosalind on her dying bed) suggest that the mother may have passed away at this hotel, although the exact sequence of events is kept unclear. It is unknown if her loved ones are aware of her passing or of Julie’s health crisis. It’s unclear whether or not Bill is real. Or maybe Julie’s disturbing visions were simply the result of her overthinking.

Hellbound Season 2 Cast: Who Is New In This Season?