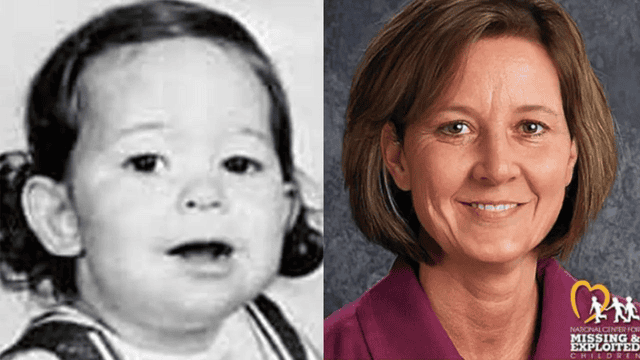 Melissa Highsmith, who was taken away as a baby, has been moved about 1,000 miles away to South Carolina. The US woman was taken away from her family when she was a baby 51 years ago, but she has now been reunited with her family. Even though they don’t know who she is yet, her family is very happy after so many years.

When was Melissa Highsmith Abducted?

At the age of 21 months, Melissa Highsmith—who is now 53—was abducted from her home in Fort Worth, Texas. Her family spent a lot of time looking for their much-loved daughter, but they were unable to find her until later when they finally did.

We cannot ignore the part the at-home DNA test kit played in the Melissa Highsmith investigation. When family members learned that their DNA matched Melissa’s children, they were shocked.

How Was Melissa Highsmith Found?

After that, in September, relatives of Highsmith got a tip that she was near Charleston, which is more than 1,100 miles away from Fort Worth, according to WCIV. The 23andMe DNA test results, Melissa’s birthmark, and her birthday all helped the family prove that Melissa was the girl who had been kidnapped from them 51 years earlier.

Melissa was reunited with her mother, father, and two of her four siblings on Saturday during a celebration at the family’s church in Fort Worth, according to a statement from the group acquired by the Guardian on Monday. 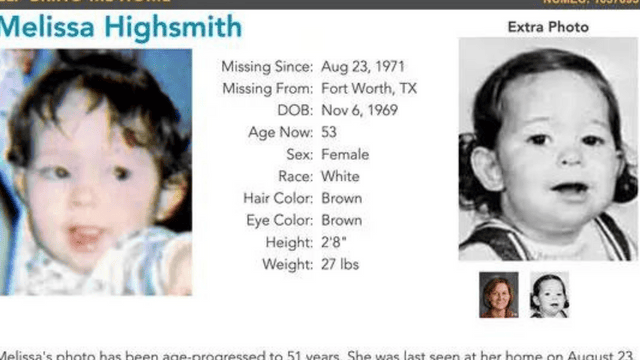 Sister Victoria Garner remarked in the statement, “I couldn’t stop crying.” I was ecstatic and am still struggling to understand that my sister was right in front of me and that we had found her.

In the family’s statement, Sharon Highsmith, another sister who lives in Spain and plans to meet Melissa this Christmas, talked about how her family had asked the police for help. But it was their own private search for Melissa, which included taking the 23andMe test, that paid off.

Sharon Highsmith said that her family got in touch with Lisa Jo Schiele, a clinical laboratory scientist, and amateur genealogist, to help them figure out how to read the key DNA results and look through public records to find Melissa.

Sharon Highsmith said, “Our family has been hurt by the way this case has been handled by the government.” “Right now, we just want to get to know Melissa, welcome her into the family, and make up for 50 years of lost time.”

Monday, it wasn’t clear right away what happened to the babysitter. The time limit for going to court against the babysitter ran out 20 years after Highsmith turned 18.

There are still a lot of unanswered questions about Melissa’s disappearance, like who took her, why they kept her safe, and if hurting her wasn’t on their list, why did they take her? The girl’s family has no idea that the woman who raised her is the one who took her in the first place.

They couldn’t decide what to do because they didn’t know if her guardian saved her or taken their beloved daughter away from them. Police in Fort Worth has been working well with the family. They are said to have told them that even though the time limit for the charges has long passed, they will still look into it.

Melissa Highsmith was kidnapped from her Texas home in 1971. Her disappearance launched a decadeslong search with no solid leads until now, thanks to a DNA kit. The family has been reunited with the woman they last saw as a toddler.

Alta Apantenco put an ad in the newspaper in August 1971 to find a babysitter for her daughter Melissa, who was about 2 years old at the time. The woman contacted Apatenco right away, and the two of them agreed to meet at the restaurant where she worked as a waitress. But the woman never showed up.

A different babysitter called later. She said that she had a backyard and that she used to watch other kids there. So, she asked Apatenco if she could look after Melissa from where she was. The woman seemed very eager to hear from Apatenco because she needed to have children in order to keep her job. Aoatenco finally agreed.

Melissa Highsmith was dropped off by Apatenco’s roommate, and the woman picked her up when Apatenco left for work early. But, based on what her roommate said, the mysterious woman in white gloves never gave the boy back.

After that, the family started looking for their daughter. They put ads in newspapers, joined discussion forums, and rushed to states where they thought they had a lead.

So, Jeffrie Highsmith and Apatenco finally got to see their daughter for the first time in 51 years on Saturday. It was a very emotional reunion. At the moment, they are waiting for the test results to find out if Melanie is really Melissa.

Here Is What We Know About Season 2 of Leverage Redemption!